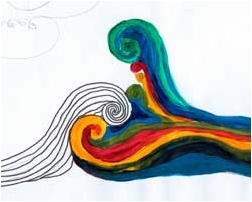 When History Catches Up

BY Eleanor J. Bader
Share TweetReddit0 EmailPrint
It’s a corollary to the Horatio Alger myth: Americans not only believe rags-to-riches ascendance is possible, they believe they can set aside their origins and remake themselves into whomever and whatever they desire. Nancy Kricorian’s second novel, Dreams of Bread and Fire, examines this theme through the eyes of Ani Silver, a 22-year-old, upwardly-mobile student of literary theory, film criticism and semiotics.

In crafting a lyrical and complex coming-of-age story, Kricorian uses class status and ethnic identity—how children born into immigrant families determine their place within dual cultures—to lay a foundation on which she erects multiple plotlines. Not surprisingly, identity formation is central. Throughout Ani’s childhood, her grandmother warned: “God inscribed your fate on your brow in vanishing ink while you were in your mother’s womb. You cannot escape what is written on your forehead.”

Heavy stuff to drop on an adolescent; we cannot help but empathize with Ani’s desire to escape from her drab, largely working-class hometown in Massachusetts. Born to an Armenian-American mother and Jewish father, her world has been filled with Armenian ritual for 17 years, since she and her mother moved into her maternal grandparents’ home following the death of her father, David. Devoid of contact with David’s family—the Silvers acted as if their son had died when he married a Christian—Ani has no knowledge of Judaica. But that’s O.K. Given her druthers, Ani would rather morph into a well-coifed, materially privileged WASP.

During college, her desires led her to carouse with monied peers. One beau won her heart. Despite his ongoing efforts to mold her into someone else, Ani failed to make the grade and was cast aside, devastated. Now in Paris for a year of graduate study, she hopes to acquire mannerisms that will enhance her credibility as a scholar, literary wit and socialite. Unfortunately, her time in the City of Light is marred by a job taking care of the daughter of an American banker and his emotionally abused wife. While this complicates her assimilation plan, Ani needs the money it provides. On the flip side, the position gives her a spectacular address, added exposure to the well-heeled and pampered, and a chance to play the part of an intellectual sophisticate.

This persona is soon tested, however, when Ani runs into a childhood friend, Van Ardavanian. It’s been years since the two have seen one another, and Van tells Ani that he lives in Paris and works with Armenian refugees. Catch-up leads to a relationship and before they know it, the pair are head-over-heels in something approximating love. Still, Ani is leery. Van is often silent, withholding, and is gone for long periods. Then, a chance peek into his backpack reveals something that Ani finds shocking—a passport with Van’s picture, but another name. She learns that Van is part of a violent anti-Turkish underground.

Although Ani knows that her grandparents fled Armenia after the 1915 genocide, they never spoke about what happened to them, and Ani has never inquired. Suddenly eager to understand Van, Ani delves into history and learns about the slaughter and displacement of millions of Armenians—the first genocide of the 20th century. For Ani, the revelations are cataclysmic, causing her to question what it means to be part of a despised culture. Her Jewish roots also come into focus, and for the first time, Ani ponders the coalescence of forces that created her. The product of two reviled peoples, Ani begins to unravel her origins.

Kricorian does not tell us whether Ani fully accepts this, or whether she comes to endorse Van’s armed struggle. The author has enough faith in her readers’ intelligence to let them imagine how Ani will grapple with history’s pull. What the novel does make clear is that the great tragedies of history have a way of catching up with all of us. Wise, poignant, and by turns sober and amusing, Dreams of Bread and Fire is an engaging, compassionate and important novel.