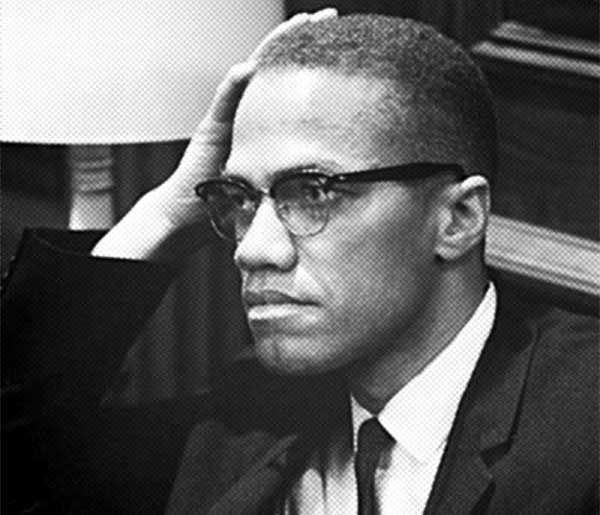 Why did Manning Marable’s attempt to demystify Malcolm X provoke such conflict?

Manning Marable's book, Malcolm X: A Life of Reinvention, was published three days after the author's death. Marable, a history professor at Columbia University, was afflicted with sarcoidosis and had been battling the respiratory disease for years. His death just days before the book's publication was ironic given that he had worked for much of his career on the study of Malcolm X–a crucial figure in developing his own sense of engaged scholarship.

Although the book is damn near 600 pages long, its most controversial section is two paragraphs detailing unsubstantiated rumors about Malcolm's alleged relations with a gay white man named William Paul Lennon during his two-year “Detroit Red” incarnation. Marable writes that these rumors are “based on circumstantial but strong evidence” and are only included as part of his general mission to flush Malcolm out, warts and all.

The inordinate focus on this tiny portion of the book is revealing. After all, it represents a very short period in Malcolm's life and, even if true, it allegedly happened during his hustler phase; the very definition of a hustler is someone who values profit more than propriety. As Marable also makes clear, Malcolm showed no indications that he was gay. Yet some of Marable's more fervent critics have condemned the entire book for including this bit of gossip. Karl Evanzz, the author of The Judas Factor: The Plot to Kill Malcom X, said Marable's work has a “hostile tone and a lack of vetting on key allegations, the central one being Malcolm X's alleged homosexual affair.” He dismissed the book as “a cavalcade of innuendo and logical fallacy and prevarications.”

The question of Malcolm's sexuality has captured attention because, for complex historical reasons, attitudes reproving homosexuality are crucial to the construction of masculinity in the black community. The loss of patriarchal agency and privilege suffered for generations by enslaved Africans and their progeny provoked an exaggerated emphasis on rigid gender signifiers, and much of Malcolm X's iconic resonance derives from his embodiment of that masculine ideal.

With such a dearth of positive role models, many ask, why tarnish one of black America's most powerful icons in a tabloid, tell-all book? But the book is not that. Marable simply seeks to demystify Malcolm; that seems irreverent to those who demand hagiography.

Two critiques, delivered by two of the black movement's elder statesmen–Maulana Karenga and Amiri Baraka–are more substantial and typify the ideological objections to Marable's text. Karenga and Baraka have both staked their ideological claims on Malcolm's iconic stature. As leader of the '60s-born cultural nationalist group US and founder of Kwanzaa, the L.A.-based Karenga extended Malcolm's logic about the need for cultural autonomy. And Baraka credits Malcolm with abetting his transformation from a Greenwich Village beatnik into a Harlem black nationalist and later into a Newark revolutionary.

Both men criticize Marable's philosophical approach to the text. Karenga faults his “deconstructionist” agenda, slamming it as a faddish academic pretension, while Baraka is seemingly put off by Marable's social democratic consciousness. “It is not just Marable's inclusion of tidbits of presumed sexual scandal that should interest readers that I question,” Baraka writes, “but more fundamentally, what was the consciousness that created this work?”

These critiques come from men invested in protecting (and even exaggerating) Malcolm's influence on the black movement. Karenga, in particular, has premised many of his doctrines of cultural nationalism on his idiosyncratic interpretation of Malcolm's meanings. He condemns Marable's approach as one in thrall to leftist academic (mostly literary) theory focused on postmodern analysis. Karenga prefers to focus on how history's ennobling aspects can enrich the lives of those who study the past. He approaches the narrative of Malcolm X's life as an opportunity to illuminate qualities useful to his ideological goal of empowerment through a black nationalist prism.

Karenga criticizes Marable for attempting to humanize Malcolm away from his historical grandeur. This process he labels “deconstructionist,” a label that Marable does not use. Karenga includes Marable in this category because A Life of Reinvention seeks to situate Malcolm firmly in historical context–historicizing him, as it were. And historicizing is one of the most important tasks of postmodern scholarship.

Ironically, some of the most persuasive aspects of Karenga's argument depend on a postmodern insight; that is, the mapmaker is also a part of his map. Karenga contends that Marable's philosophical frame intrusively distorts the book's narrative. Marable did intend for his book to “humanize” Malcolm, and by definition that process must diminish his iconic resonance.

Baraka's critique is a bit less caustic than Karenga's, perhaps because his socialist creed shares some ideological affinities with Marable, a social democrat. Nevertheless, minor differences in that common creed frame the faults he finds in Marable's text. He argues, for example, that Marable misdiagnoses Nation of Islam's eugenic theology as conservative when in fact it is (racially) radical. Baraka attributes this confusion to Marable's reformist mindset and adoption of Eurocentric definitions.

Ironically, this angle of criticism echoes a line leveled at Baraka himself in the mid-1970s, when he publicly repudiated cultural nationalism and adopted Marxist-Leninism. “Turning left on blackness,” they said at the time.

Baraka's critique of Marable seems to have incorporated the same melding of nationalism and Marxism he made in response to that taunt. For instance, Baraka justifies Elijah Muhammad's eccentric conceit of demanding five states for black Americans via the Communist Party USA's similar but Leninist-oriented “black belt thesis.” “It was not simply some Negro fantasy,” he wrote. Like Karenga, Baraka bases some of his most telling objections on postmodern insights: “It is important that we recognize the specific political base upon which Manning's 'observations' may be judged. He is not simply 'observing.' He is making judgments.”

Baraka's critique hearkens back to the sectarian days of the 1970s when leftists of various stripes were involved in internal purges and nationalists argued over arcane issues. Many of those disputes concerned how to discern the intentions of Malcolm X, the martyred hero whose legacy was pillaged by ideological scavengers of all kinds.

With his prodigiously researched text, Malcolm X: A Life Of Reinvention, Marable attempts to provide some context for Malcolm's era and the turbulent times that followed. Apparently, he also has provided the pretext to resume the conflict about what, exactly, Malcolm X meant.