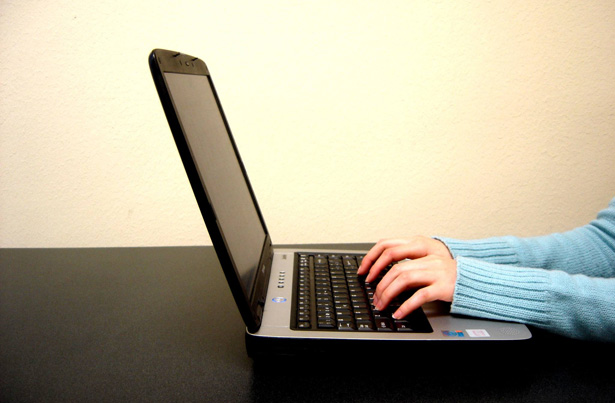 In 2011, activists harnessed the Internet to make visible everyday violence that too often goes unreported.

One of the gifts of the Internet is that it can make local or fringe stories into big, international ones.

When a history of 21st-century feminist activism is someday written, 2011 may be labeled Year Rape Broke. Sexual assault and harassment have, of course, always been key feminist concerns. But in 2011, sexual violence, exploitation, or intimidation were part of nearly every major story that fell under the heading of “women’s issues”–and the activism against it has been particularly widespread, focused and effective.

As we enter this renaissance of sexual assault awareness, it’s worth considering the ways in which new media has informed it–and, indeed, perhaps even made it possible.

The major sexual-assault headlines of the year are easy to name. The pushback to HR3, the “No Taxpayer Funding for Abortion” act, was spurred by its redefinition of rape to include only “forcible” assaults. Journalist Lara Logan was sexually assaulted while covering the Egyptian revolution. The Dominique Strauss-Kahn rape allegations dominated the headlines for most of the summer. The once front-running Republican Presidential candidate, Herman Cain, dropped out of the race after his personal history surfaced; that history included several harassment complaints and one allegation of sexual assault.

But where there has been ugliness, there has also been substantial and effective pushback. The “Rape is Rape” campaign, started by Ms. Magazine, got the FBI to change an unreasonably narrow definition of rape that had not been touched since 1929. And the biggest feminist protest movement in years, SlutWalk–which has sparked copious press coverage everywhere from Feministing to The New York Times, and which has staged marches around the globe–was sparked by a Toronto police officer’s off-hand comment that women who didn’t want to get raped (which, one would think, is all of them) should avoid “dressing like sluts.”

Rape has become central to the feminist discourse again in 2011, much as the question of whether we could have a female president became central again in 2008. While there are several compelling arguments as for how this happened–for one, this was simply a year in which an unusually large number of high-powered men were accused of sexual misconduct or violence–one of them often goes unnoticed and uncredited. That is to say, feminists may simply be more aware of misogyny and sexual violence because it is more easily visible online.

Much of the especially virulent misogyny online is produced by self-anointed “men’s rights activists,” or MRAs. Writer David Futrelle started his blog Manboobz in September 2010 to monitor and mock them.

“At the time, I actually didn’t realize just how misogynistic these guys were,” Futrelle told me in an e-mail. “I found myself reading blog posts on how women didn’t deserve the right to vote, how the solution to domestic violence is for men to hit women harder than women hit them, how men built civilization while women sat on their lazy asses. It was, not to get too hokey about it, a sort of voyage of discovery for me.”

It’s also a voyage of discovery for his readers, who are able to actually see the different forms that virulent misogyny can take–from claiming that Lara Logan lied about her assault to giving tips on how to pay homeless women for sex. Futrelle’s dissection of these unappetizing blog posts is a public service: It’s hard to claim that we live in a post-sexist society when visible examples of blatant sexism are being pointed out on a daily basis.

This is one of the gifts of the Internet: It can make local or fringe stories into big, international ones. Whereas someone looking to educate herself about rape in 1991 would have to rely on books, and whatever made the local or national papers, someone looking for the same information in 2011 can simply enter “rape” into Google news, and see fresh rape statistics the unfolding rape case of a University of Oklahoma professor, and several discussions of the rape scenes in “The Girl With the Dragon Tattoo,” among many other stories.

Feminists who hope to raise awareness of sexual violence, in turn, can pull from these stories when educating themselves or making their arguments. On my own Twitter and Facebook feeds, I can see several stories that look small but which actually serve to demonstrate both the pervasiveness of sexual violence, and the existence of resistance to it: The college blog network Campus Basement posts an article “jokingly” giving a list of instructions for date rape, and it is taken down almost immediately due to feminist pushback. After the hashtag #itaintrapeif trends worldwide it’s covered by Jezebel, the counter-hashtag #RapeIsNotAJoke is formed, and it’s drowned out in protest by the end of the day. The existence of misogyny online can, indeed, pose an actual threat to female or feminist bloggers, as I have noted. But, if recent history has anything to say about it, feminists online are forming a variety of very effective strategies to counter it when necessary.

Activists can also harness the Internet to make visible the sorts of everyday violence that all too often go unreported. Emily May’s Hollaback! is an organization aimed at ending street harassment, which allows women to upload phone camera shots or accounts of street harassment to specific city-based websites, thereby creating a highly visible record of how common and extreme it can be.

“Social media is best at storytelling, and storytelling is what catalyzes social change,” May told me. “Now we don’t have to wait for the media to pay attention to our stories, we can tell our stories to over 1,000 people within minutes… I think social media is going to allow our generation to take on day to day discrimination in a big way by shifting our experiences from isolating to sharable.”

It’s not only the experiences of oppression or sexual violence that have become sharable: It’s the precise shape of the attitude that allows and creates those experiences, as in the case of #itaintrapeif, which was nothing if not a public archive of pro-sexual assault sentiments. Despite the undeniable headache induced by having to see the stuff in one’s Twitter feed, this may be a strange blessing. This generation is fighting against sexual assault harder than ever–and that is at least in part because they have more information than ever about what it is they have to fight.