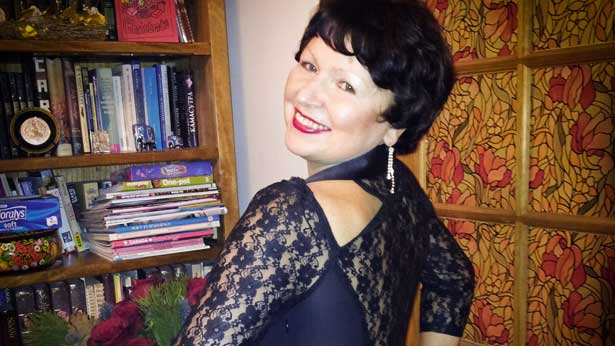 My friend Layrsa escaped Soviet privation, from Siberia to the Ukraine, to build a new life abroad. It’s still a work in progress.

Larysam who was born in Siberia and worked as an engineer in Ukraine, is now reading Tolstoy's Resurrection with me in London.

I’ve just finished reading Life and Fate, Vasily Grossman’s vast novel written in 1959 about life in the Soviet Union in the early 1940s. Its central event is the battle of Stalingrad, which looms over the novel as Austerlitz does over Tolstoy’s War and Peace. Grossman’s hero reminds himself that “for a thousand years Russia had been governed by an absolute autocracy, by Tsars and their favorites. But never had anyone held such power as Stalin.”

In March, Putin returned, re-elected as president of Russia and heir to a new version of absolute power. He was born the year before Stalin’s death in 1953, and my friend Larysa was born a year later: both of them right in the middle of what the Russian poet Mandelstam called “the wolfhound century.”

Larysa was born in Siberia, in Chita, where her grandfather – one of Stalin’s hated “kulaks” (independent farmers) – had moved his family from the collective farm he’d been forced into and out of in the 1930s. After her parents divorced when Larysa was about 9, her mother took her and her two older siblings to settle in the Ukrainian steel city of Donetsk. Donetsk and Chita are an enormous distance apart and unimaginably different places. Larysa remembers Siberia with affection and has nothing but hatred for Donetsk, where she and Sasha, the man she married, worked for more than 20 years as experienced and qualified engineers for the Russian railways and the military. As Russians, Larysa tells me, they never felt entirely at home in Ukraine, and things got much worse once the country became independent.

By 1998, life had become so difficult for the couple that they decided to move to London. Sasha came first, and Larysa followed him some months later. They came as “asylum seekers,” a depressingly supplicant label, which left them living with the sort of uncertainty they had grown up with and knew all too well. A “mistake” eventually admitted to by the Home Office put Sasha in prison for four months. He resisted deportation and went on hunger strike; Larysa found a lawyer who got him out. Miraculously, they seem to have forgiven this “mistake,” remembering that it was impossible to get anyone released from a Soviet gaol.

They both found work, infinitely beneath their capabilities and experience, but are hard workers and have done well. They own the house they live in with their daughter, their son-in-law and two young grandsons, and were saved again from possible deportation by the presence of their son-in-law, who, as a Spaniard, is a citizen of the European Union, and therefore entitled to live here permanently with his extended family. They are applying for British citizenship.

Once a week for the last 10 years, Larysa has crossed London to come to my house, where we read Russian together. We’ve read Chekhov stories and a lot of Turgenev and Pushkin (Larysa can recite dozens of verses from Eugene Onegin), and we’re reading Tolstoy’s Resurrection now, a novel that lambasts Russian officialdom, the law and the treatment of dissidents and miscreants with even greater fervor than Grossman. I read a page in Russian, and Larysa reads the next one in English. We’re both trying to get better at the other’s language. Larysa also cleans our floors and irons our shirts. She would much rather be doing the work she was trained to do, but she performs these tasks with the energy and the intelligence she gives to everything in her life.

There are officially about 40,000 Russians living in the U.K. now, and I guess that number might be multiplied by 10 if it included people who are not here legally or who were Russians in Soviet times – Latvians, say, or Moldovans. There are, of course, the oligarchs, but there are also Russians like Sasha and Larysa, who have managed to make a life here. There is something marvellous to me that I should now be able to talk bad Russian and read Russian novels and poems with this wise and rosy Russian woman, who has lived through nearly 60 turbulent and battering years to honor us now with her charm and her optimism.