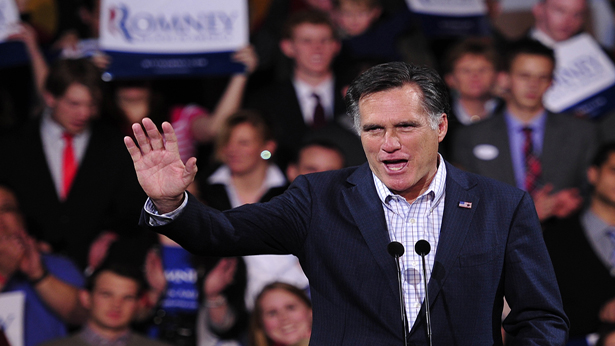 Women and Latinos decisively reject the party, but that isn’t the worst of Republicans’ problems.

In a speech to a group of Republicans last summer, Karl Rove called Colorado “ground zero” in the 2012 presidential election and said that “as goes Colorado, so goes the nation.”

If Rove was right about Colorado, Mitt Romney is in deep trouble. A poll taken last month showed President Obama with a seven-point lead in the state. That was down from a 13-point lead in April, primarily because Mitt Romney had gained some traction among unaffiliated voters. But Obama led among Latinos by 27 points. Among women, he led by 14 points.

The GOP’s problems among those two voting blocs are well known. Republicans have performed poorly among women for some time. John Kerry beat George W. Bush by seven points among female voters in the 2004 election, and Obama had a 13-point advantage among women in 2008. The firestorm during the GOP primary season over reproductive rights did nothing to help the Republican brand, and if the preferences of Colorado voters are any indication, another double-digit victory for Obama among women is likely.

The GOP is in even bigger trouble among Latinos. A recent USA Today/Gallup poll showed that they favor Obama by a devastating 41 points (66 percent versus 25 percent), and there is little chance that the numbers will improve much for Romney. Trapped by a base that settles for nothing less than militantly anti-immigrant policies and rhetoric, he’s left with little to offer Latinos.

It’s nearly impossible to win national elections with those kinds of poll numbers. One might even be tempted to say that the GOP’s only hope is to suppress the vote. Women make up 51 percent of the U.S. population, and Latinos make up about 16 percent.

But those voting blocs are barely the beginning of the GOP’s problems.

The most startling revelation from the June poll in Colorado is that Romney leads Obama among senior citizens by 14 points—but loses among everyone else by 12 points. Voters under 30 prefer Obama by a margin of 30 percent. This means the elderly, particularly older white males, are the GOP’s savior. The sole reason that Romney has any chance of winning this fall is that elderly vote in greater numbers than any other voting bloc. In the 2010 mid-term election, 61 percent of the population over the age of 64 voted—compared with just 37 percent of citizens between 25 and 44, and 21 percent of the voting-age population under 25. The GOP would be on the edge of oblivion if the percentage of young and middle-aged people who vote were equal to that of seniors.

The fact that the elderly are a pillar of the GOP’s base poses a delicate problem. Seniors are, by definition, nearing the end of their lives. So the most important pillar of party’s base is gradually disappearing.

New waves of middle-aged people move into the category of the elderly all the time, obviously. But the key question for the GOP is whether the elderly will vote so reliably Republican a few years down the road. There’s good reason to doubt it—or, at least, there’s reason to doubt whether they will continue to do so if the party doesn’t fundamentally reform itself.

For several decades the GOP has been a strange marriage of two opposed political orientations: libertarianism and authoritarianism. The libertarian element believes in small government, low taxes, and as little government interference as possible in citizens’ private lives and in the workings of the economy. The authoritarian element believes in big government in certain sectors (especially the military and national-security spheres), and it favors the use of government’s power to promote “pro-moral” behavior.

The two orientations share a hatred of government intervention in the economic realm, a hatred that has been strong enough to keep the GOP’s marriage of libertarians and authoritarians together. Libertarians focus on what they like about Republicans’ “free market” economics. Authoritarians focus on the GOP’s “God and country” orthodoxy and ignore the libertarian element’s concern with civil liberties and its skepticism toward military adventures.

The GOP’s divided heart accounts for the party’s awful record of ballooning the national debt. Its base encourages Republicans to simultaneously love and hate government. So GOP leaders promote and pass huge and costly new initiatives (the Iraq war, Medicare Part D) while aggressively cutting taxes and decrying the evils of “big government.”

The great dilemma for the GOP is that there’s no future in the kind of social conservatism that now appeals strongly to the elderly. The Silent generation that preceded Baby Boomers is far more likely than younger generations to favor restrictions on civil liberties and to oppose gay rights and drug legalization. They’re also more likely to be religious and have a positive view of religion’s role in our national life. According to a Pew Research Center study released last year, 78 percent of people in the Silent generation believe that religion is “key to the nation’s success.” Just 46 percent of the Millennial generation (i.e., young people) agree with that idea.

It may be true that people grow more conservative and more religious with age, but the tide of opinion is moving in an irreversible direction on gay rights and drug legalization. Authoritarians are losing those battles. And the institutional religion that has been the heart of the religious right—and thus of the GOP’s authoritarian wing—is declining in relevance among Millennials.

As Sean Trende, of Real Clear Politics, has pointed out, political parties are continually in the process of shifting and reforming and putting together new coalitions, and the GOP will surely survive its imminent crisis in some fashion. But its reinvented form is likely to be more heavily libertarian than authoritarian, which means that we can expect a redoubling of the party’s anti-tax and austerity obsessions in coming years. Republicans might also develop some interest in defending civil liberties, difficult as that is to imagine.

Meanwhile, the GOP’s steep disadvantage among young people, women, African-Americans, and Latinos gives the party little margin for error. It’s so heavily reliant on white, elderly voters that any factor that depresses their turnout, or increases the turnout of other voting blocs, threatens to give the election to the Democrats. In Colorado this fall, for example, there will be an initiative on the ballot asking whether the state should legalize the possession of small amounts of marijuana. Young people are expected to turn out in higher-than-usual numbers to vote in favor. It’s yet another bad omen for Romney in Colorado.

Asked about the pot initiative recently, Romney naturally dodged the question. He is the perfect embodiment of the Republican Party’s divided heart. He’s deeply religious, apparently, but can’t or won’t say how his religion has shaped his life and politics. He promises to increase military spending and make war more aggressively—while cutting taxes and reducing the debt. He believes in freedom, except when it applies to people and practices he dislikes.

Libertarian? Authoritarian? Opportunistic? Yes, he’s all that and more.