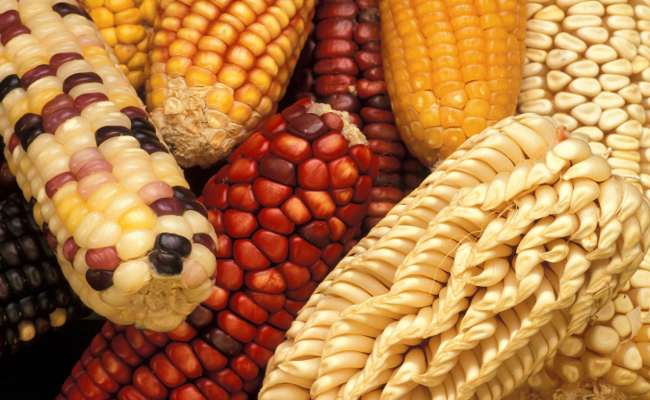 If Prop 37 passes, companies selling genetically modified foods such asthis corn in California must label them as such. (Keith Weller / U.S. Department of Agriculture)

If passed, California’s Prop 37 will require companies to label foods made with GMOs.

“These are the same companies that told us DDT and Agent Orange were safe,” she says. “We have to point out to the California voters who we are up against and that they cannot be trusted.”

What is in your food? In California, a new ballot initiative may give consumers the power to demand a clear answer to that question.

Proposition 37, also known as the California Right to Know Genetically Engineered Food Act, would require companies to label foods made with genetically modified organisms (GMOs) and bar them from describing these foods as “natural.” In order to place the initiative on the ballot, the California Right to Know campaign collected approximately a million signatures in a 10-week period.

Though the health effects of GMOs in humans have not been studied long-term, some scientists say that tests on animals show cause for concern. “Consumers have a fundamental right to know what is going into their food,” says California Right to Know spokesperson Stacy Malkan. “For too long corporations have left consumers out of the equation. We’re bringing them back into the discussion and giving them true choice.”

Though 50 countries have passed some sort of GMO labeling law, the United States has not, and the only U.S. state to have done so is Alaska, which requires labeling on fish and shellfish. Attempts at label laws have failed in 19 other states in the face of well-funded opposition campaigns. Supporters of the California initiative have reason to remain optimistic, though, as a recent poll shows 70 percent support.

Despite public approval, the road to passage will not be easy. The Big Food industry has already begun an aggressive campaign to oppose the initiative. Makers of household food products, such as Campbell Soup and General Mills, have raised more than $10 million to defeat Prop 37. Another $15 million has come from Big Agro companies such as Monsanto, which increases profits by patenting GMO seeds.

Malkan hopes California voters will see past the flashy ad campaign this fall and recognize the hidden agenda of these companies.

“These are the same companies that told us DDT and Agent Orange were safe,” she says. “We have to point out to the California voters who we are up against and that they cannot be trusted.”

The Prop 37 vote on November 6 will be a showdown between corporate money and grassroots organizing, and the success or failure of the initiative will have a strong impact on future labeling efforts, including one currently underway in Oregon.

“This is one of the most important issues we’re facing,” says Malkan. “This is an opportunity to restore power to the American consumer and to grassroots democracy.”

Joseph Misulonas is a summer 2012 In These Times editorial intern.