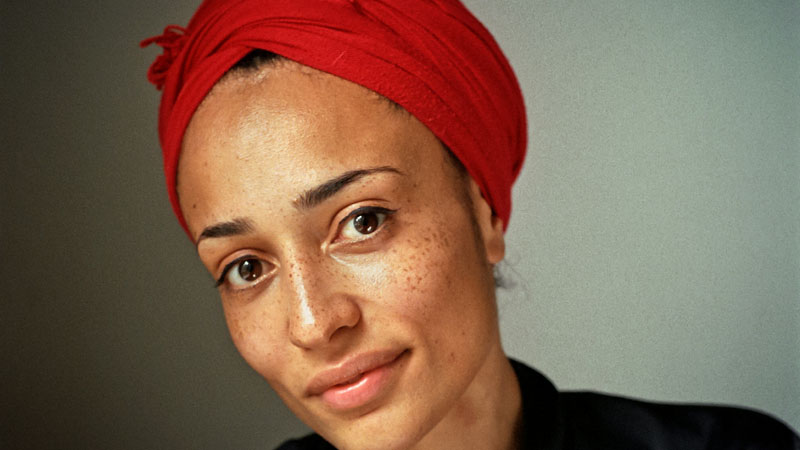 More than anyone else at the moment writing fiction about London, Zadie Smith knows about race and class.

BY Jane Miller
Share TweetReddit0 EmailPrint
We began this London summer with a sprinkler ban to make up for three years of drought. At last the ban’s been lifted, after the wettest summer on record. But Zadie Smith’s new novel, NW, which I’ve been reading as it rains, depends on a London so hot that her characters are bound to open their windows and doors and get out into the street.
There are four main characters, all in their late thirties, united by the school they went to and the housing estate where they lived with their families in a part of North-West London where Smith grew up, and where she still lives. Two of the four—Natalie and Leah—are still friends, though their lives have diverged: Natalie toward work in a high-flying city law firm, a rich husband and children; Leah to dull but useful work and a passionate marriage threatened by her determination to avoid having children. Both have secrets that are divulged to us but not to each other, and animosities. The boys they knew at school have had harder lives, chaotic ones, spelled out in poverty and drugs and aimless, ever-changing relations with women and with children. Yet Nathan, one of those boys, had been “the very definition of desire for girls who had previously only felt that way about certain fragrant erasers.” Three of the four are black or blackish, one is white.
The novel tracks time and change “with the bright quickness of montage,” as Leah remarks to herself when considering her rapid accomplishment of the things she has to do each day. Short chapters provide glimpses and moments rather as memory does. Occasionally, awkward lapses and omissions mimic the abbreviated language of thought and even of dreams, while chance and childhood circumstance work alongside effort and intention to influence these lives. The novel’s effect, through its glittering fragments, is to suggest that we can never completely avoid responsibility for one another, that compassion may be corrosive and and is anyway not enough, and that we have to accept that people are just who they are, and are not explained by their race nor their class.
More than anyone else at the moment writing fiction about London, Smith knows about race and class. Recently, in a moving interview, she said, “My feeling is, having lived in different classes, that people want equality of opportunity … that’s the thing that makes me despair: the idea that people aren’t given equality of opportunity.”
London fiction could be said to have become something of a genre in itself this year. John Lanchester’s Capital measures out in stately fashion London’s diversity and confusion—and some of its grossest inequalities—by telling stories about the residents of a South London Street. Janet Davey’s By Battersea Bridge investigates the back streets of London as places that may contain and protect people who have escaped other lives.
Zadie Smith’s London is teeming, contemporary and full of talk. Her last novel, On Beauty, was thought by some (and eventually by Smith herself) to have strained a bit for the tones and habits of New England academics. Now, she’s back with an arpeggio of London speech that is comic, soaring, true to life. More than that, though, she creates a believable world of mixtures and contrasts: London as it really is. (As it is for my grandchildren, four of whom would describe themselves as “mixed-race” and appear to barely know anyone at their schools who isn’t.)
In NW, the pale-skinned Leah’s beautiful husband is a hairdresser from French West Africa. Natalie’s husband is upper-class Italian as well as black. Each of them seems, like a Dickens character, entirely new, someone you’ve never met before, who might all the same exist. There’s a wonderfully sour old Leftie postman, gently cross that the young are so uninterested in revolution. This urban world is more than multi-cultural; the new racial fusion sweeps across class. This is what Smith did so well in her first novel, White Teeth, and does so well here. The paradox is that her novel should strike such a chord at a time when inequalities of opportunity, of education and of wealth increase by the day.