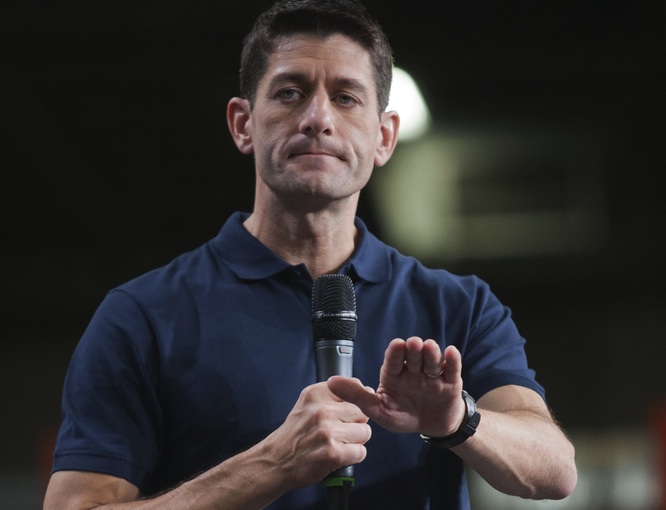 The Billionaire Bandits Behind Paul Ryan

“The top 1% knows that they can’t out-vote the 99%, that they don’t stand a chance. So they are out to steal the votes.”

At the progressive Fighting Bob Fest in Madison, Wisc., earlier this month, one of the most electrifying speeches was delivered by BBC investigative reporter Greg Palast, author of the new Billionaires and Ballot Bandits. After calling for solidarity with then-striking Chicago teachers facing the privatization efforts of “Mayor Rahmney,” as Palast called Rahm Emanuel, the journalist turned his guns on Wisconsin product Paul Ryan–Romney’s youthful and hard-Right vice-presidential candidate.

According to Palast, “Romney picked Ryan at the request of one of their most important donors, Paul Singer, a hedge fund manager literally known in the industry as ‘The Vulture.’”

Singer has acquired this nickname from such capers as a lawsuit, detailed in Palast’s new book, aimed at seizing $400 million intended for cholera treatment in the Congo, a maneuver that the UK, Germany and Holland all declared illegal. “Singer is seen overseas as an international outlaw, but here in the U.S. he’s a ‘job creator,’” declared Palast.

Then Palast zeroed in on Ryan (see here, here, and here), who has been a major recipient of campaign contributions from Singer (and from other Wall Street interests such as Goldman Sachs.) Palast noted how Ryan loudly denounced the bank TARP bailout and the auto industry bailouts, to the delight of his Tea Party base, but then wound up voting for them, to the glee of Wall Street contributors like Singer and Goldman. Singer benefited hugely from the auto bailout, where he managed to buy out the only steering-column factory in North America and make a 3,000 percent profit. “The auto bailout team initially resisted the outrageous amount Singer wanted, but he had the industry by the ball bearings,” quipped Palast.

Palast first gained major stature as an investigative journalist in the United States with his documentation of how Florida Republicans swayed the 2000 presidential election by using a computerized system to disenfranchise an estimated 94,000 African Americans, falsely classifying them as convicted felons.

Now, he warns about the possibility of the 2012 election being stolen by a new round of Republican chicanery. Palast noted the restrictive “voter ID” laws spreading across the US to limit voting by majority-Democratic groups such as African Americans. He also highlighted the incredible power of conservative Super PACS now that Citizens United has opened the floodgates to outside funding, with Karl Rove's well-funded Crossroads GPS posing one of the biggest threats.

Palast warned: “The top 1% knows that they can’t out-vote the 99%, that they don’t stand a chance. So they are out to steal the votes.”