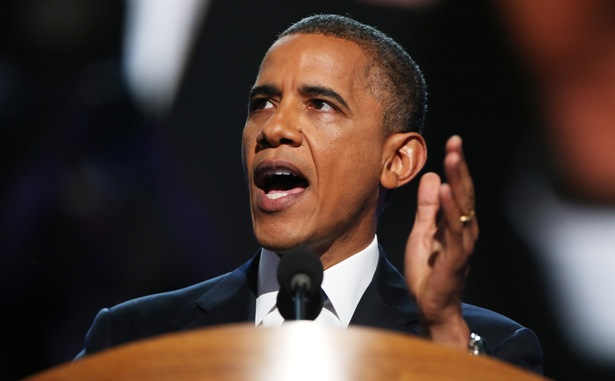 Behind Obama and Romney’s every blink, there are countless calculations.

Modern campaign technologies have become the steroids of politics—once one side uses them, the other side doesn’t dare not, because they are so effective.

The technology used in presidential campaigns has changed enormously in the modern era. The first televised debate in 1960 between John Kennedy and Richard Nixon was a bellwether; listeners tuning in via radio considered the debate a draw or even a slight win for Nixon. But the 65 million who tuned in by TV saw a different spectacle. Kennedy appeared vigorous yet relaxed, while Nixon looked pale and nervous. According to observers, sweat appeared on Nixon’s brow and cheeks, and his lips seemed at times to form a disoriented smile unrelated to his words. Those viewing the debate on television judged Kennedy as the clear winner. This prompted New York Times columnist Russell Baker to later write, “That night, television replaced newspapers as the most important communications medium in American politics.”

Things have moved on since then, particularly in recent years. The Internet has been a democratizing technology to some degree, but other technologies, adapted from the commercial world, have turned politicians into brand names and products. Playwright Arthur Miller, who in his illustrious career dealt with his share of actors and staged drama, in 2001 pithily observed that political leaders now understand “that to govern they must learn how to act.”

U.S. politics used to be more art than science, more intuition and guts than script reading. But the mad science of campaigning has changed all that. Prior to the recent Democratic and Republican national conventions, the script writers and mythmakers went to work, fashioning national images and sound bites that they hoped would resonate with targeted groups of voters. As President Barack Obama and his opponent GOP nominee Mitt Romney prepare for their first debate on October 3, the mythmakers are back at it again.

And they’re pulling some weird technology out of their bags of tricks. Veteran reporter Howard Kurtz reported how the Obama campaign extensively pre-tested the president's speech at the Democratic National Convention using a technology known as “dial meter groups,” a type of focus group in which voters twist dials to register approval or disapproval of specific passages in a speech. Dial meter groups also were used to pre-test Obama's “State of the Union” speech last January.

If focus groups are the barometer of what kind of campaign message gets people excited and why, then dial meter groups—also called electronic focus groups—are their creepy apotheosis. First, the participants in dial meter groups are carefully selected to meet certain demographic criteria, such as “swing voters in Ohio” or “soccer moms in Florida.” Then they are plopped in a place like an auditorium to watch speeches or political advertisements and coaxed to critique what they see.

Each participant holds a “perception analyzer,” essentially a dial that can be moved left to right, from 0 to 100; if a participant agrees wholeheartedly with what is said or seen on the television screen, she or he moves the dial toward 100; with total disagreement, the dial is moved to zero. Each dial meter is hooked up to a computer which instantly graphs the responses of the participants, showing spikes of approval or flat lines of disinterest and boredom.  A presidential campaign can find out instantaneously from multiple dial meter sites, wired to each other across the country, which phrases are instigating a reaction from the laboratory mice, i.e. voters, and which are falling flat.

Dial meter groups and related technologies now are a standard feature in virtually every presidential race and other high-profile campaigns. When GOP vice presidential candidate Dick Cheney gave his acceptance speech in 2000, Republican pollsters had assembled a dial meter group of 36 undecided voters—one dozen each of Republicans, Democrats and independents—and sequestered them in a stuffy hotel room where they held “happy meters” to record their reactions to specific words and phrases as Cheney spoke. At the 1996 Republican national convention, unbeknownst to the swarming faithful delegates or the media in attendance, hidden in a cavernous room beneath the convention floor were campaign operatives carefully monitoring the reactions of dial meter groups. The viewers were scattered in far-flung cities—Seattle, Dallas, Denver, Buffalo and Atlanta—and cranked their dials as a bank of computers tracked their reactions in real time to the speeches occurring on the stage above.

This, tragically, has become the trajectory of US presidential campaigns. Even an eloquent speaker like Barack Obama has come to rely on the mad scientist consultants, pollster-geists, and their laboratory of tricks. It’s a bizarre and frightening spectacle, this notion of wired humans cooperating in the fashioning of campaign missiles that will be aimed right back at people like themselves via television ads. It is a kind of Orwellian group-think that is expertly crafted and staged to induce maximum emotional peaks from viewers, trying to attain a kind of visceral script that will prod, poke and catch their imagination. These modern campaign technologies have become the steroids of politics—once one side uses them, the other side doesn’t dare not use them because they are so effective. No wonder former New York Times columnist Frank Rich has called this new-fangled presidential selection process the “Survival of the Fakest.”

But wait a minute, say some defenders of the status quo. With polling and focus groups, politicians can more accurately discover the wishes and desires of the public, and strive to meet that need. Don't the new technologies create the possibility for increasing politicians’ responsiveness to the public? Even pandering, after all, is a form of responsiveness, is it not?

However, political scientists Lawrence Jacobs and Robert Shapiro, in their book Politicians Don’t Pander, debunked this notion. Jacobs and Shapiro showed that, while politicians rely heavily on the new campaign technologies to appear responsive, in fact they use those technologies not to figure out or meet the needs of the public but instead to find words and phrases to manipulate and mislead voters. This “crafted talk,” as the authors called it, is designed to “simulate responsiveness”—to hoodwink voters, and free the candidates to pursue their own partisan agendas. In other words, politicians are busy with their own agendas that have little to do with what the majority of voters want, and use the “crafted talk” and “simulated responsiveness” to sell their agendas like a used car salesman trying to foist a lemon onto customers.

Not surprisingly, McCampaigns have become little more than sales pitches and advertising jingles, using “crafted talk” and “simulated responsiveness” to sell political products. Campaigns, ideally, should be a time for the entire nation to debate ideas, policy and principle. Campaigns should be times when voters become more informed about policy differences between the candidates and parties, and make a deliberative decision that, in its aggregate, decides the direction of the nation. Campaigns ought to be a high civic moment when the nation’s best and brightest make a bid for our votes.

Yet this is hardly what happens in U.S. presidential elections anymore. To understand how far we’ve fallen, it is instructive to recall previous watersheds in our nation’s political history, such as the Lincoln-Douglas debates. In 1858, US Senatorial candidates Stephen Douglas and Abraham Lincoln from Illinois engaged in seven debates, each lasting approximately three hours, debating hot-button issues of the day like slavery, states’ rights and the Dred Scott decision. By all accounts the debates were electrifying and artful, attended by large crowds who witnessed two master orators at the peak of their abilities. In 1860 the transcript of these debates was published and used as an important campaign document in the presidential election that launched Lincoln to his date with destiny. The Lincoln-Douglas debates are now a revered part of American political folklore.

It’s hard to even imagine listening to today’s candidates debate for three hours at a stretch, with their sound bites, sneers and scripted slogans substituting for substance. The upcoming three presidential debates will amount to an echo of the parties’ national conventions, which were pale infomercials for the already-anointed. Indeed, it is highly unlikely that great American presidents like Lincoln, Franklin Roosevelt, Thomas Jefferson or Teddy Roosevelt could ever make it to the White House today, because they were too much orators for today’s soulless, sound-bite campaigns.

So when you get excited over a Barack Obama speech or debate performance, remember: The mad scientists who work for him are really good at figuring out what you want to hear. And Obama and Romney, just like Bill Clinton, Al Gore, George W. Bush and Ronald Reagan, are really talented at—acting.