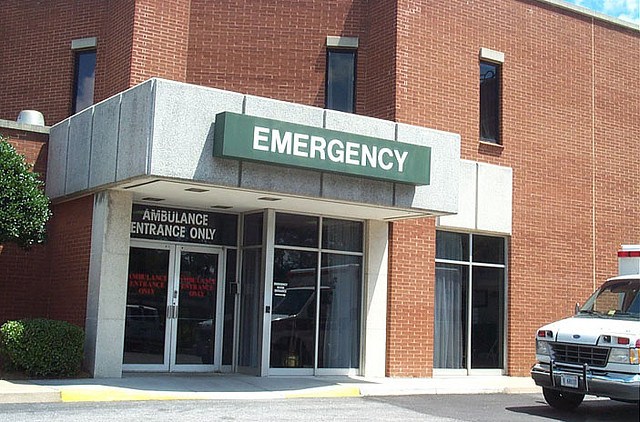 Dear Mitt: The Emergency Room Is Not a Healthcare Plan

Romney, a quarter-billionaire born with a silver foot in his mouth, has shielded himself from the world in which America’s many Billy Koehlers exist. Their paths don’t naturally cross.

“We don’t have people that become ill, who die in their apartment because they don’t have insurance.”

Technically, that’s true of Billy Koehler. He didn’t die in his apartment. He died in his car. Koehler suffered cardiac arrest and perished slumped over his steering wheel at a stop sign in Pittsburgh because he didn’t have health insurance and didn’t have $60,000 to replace his implanted defibrillator.

Romney, a quarter-billionaire born with a silver foot in his mouth, has shielded himself from the world in which America’s many Billy Koehlers exist. Their paths don’t naturally cross. Billy Koehlers don’t hang out with Romney’s NASCAR owner pals. Billy Koehlers don’t disparage the nation’s elderly and impoverished at fundraisers in the homes of private equity moguls. FDR and JFK made an effort to understand the joys and hardships of the non-rich. But Romney hasn’t. And that’s why he so carelessly called America’s Billy Koehlers a deliberately dependent underclass, albeit one comprising 47 percent of all citizens. Because Romney knows nothing of the lives of the nation’s Billy Koehlers, the Republican nominee can dismiss their medical predicaments as nonexistent and assure wealthy donors he won’t “worry about those people.”

Romney told the Columbus newspaper that no one needs to worry about those lacking health insurance because federal law requires hospitals to treat emergency cases:

“We don’t have a setting across this country where if you don’t have insurance, we say to you, ‘Tough luck, you’re going to die when you have your heart attack.”

“No, you go to the hospital; you get treated; you get care, and it’s paid for, either by charity, the government or by the hospital.”

Logically, then, the solution would be for no one to buy insurance. Why bother? Hospitals must treat and bill someone else, according to Romney.

But it doesn’t work that way. The late Billy Koehler is an example of how it actually operates–how it fails to work for 26,100 to 45,000 Americans who die each year for lack of insurance.

Billy’s sister, Georgeanne Koehler, a retired hospital worker and member of the Service Employees International Union, told his story at rallies for passage of Obamacare, taking with her an empty chair in his memory. She celebrated the law’s passage in 2010, particularly its provision forbidding insurance companies from denying coverage to those with pre-existing conditions. That might have saved her brother.

Billy was just 39 when he suffered his first cardiac arrest. An electronics technician, he had health insurance through his employer, and that paid for surgery to implant a defibrillator. Still, over the years, Billy spent his entire $25,000 in pension savings on medical bills that insurance did not pay.

In 2003, Billy lost his job and his health insurance when the company he worked for closed. He tried to get another job with health insurance but could not. He tried to buy health coverage privately, but every insurer in Pennsylvania denied his request because of his pre-existing heart condition.  He didn’t qualify for Medicaid because he earned slightly too much money in his new job as a pizza delivery driver.

While at work on Dec. 14, 2007, he collapsed in the pizza shop. He survived, but a cardiologist told him that his defibrillator needed to be replaced. Because Billy had no insurance, the doctor required payment up front.

Romney’s right about one thing. The hospital treated Billy as an emergency cardiac arrest victim. But the hospital emergency room wasn’t required to give him surgery to replace the defibrillator. And neither Billy, nor his sister, had $60,000 to pay for it out of pocket.

Less than two years later, as Billy drove home from work, he suffered cardiac arrest again. And he died. For lack of health insurance.

Romney has pledged to repeal Obamacare on his first day in office. Like a 21st Century Marie Antoinette, he says: Let ‘em go to the emergency room.

Romney’s prescription doesn’t work. It wouldn’t work for his own wife, Ann, who has multiple sclerosis and survived breast cancer. As quarter billionaires, the Romneys have the best insurance in the world. But without it, a hospital emergency room would not have provided Ann Romney with the care she needed. Emergency rooms don’t perform lumpectomies or radiation therapy. Emergency rooms don’t provide therapy for fatigue, dizziness, numbness or paralysis caused by MS. Emergency rooms don’t dispense MS drugs that can cost $3,000 a month. Romney’s clearly unaware of the empty chair campaign. Not having health insurance or $60,000 for surgery is inconceivable to him. He bought his wife a $500,000 dressage horse for MS therapy, after all.

America can’t afford to have in the White House an empty Armani who has made no attempt to find out what it’s like to try to survive uninsured, who remains clueless about all the chairs in America emptied by lack of insurance. The nation can’t afford a president so comatose to the lives of average Americans.