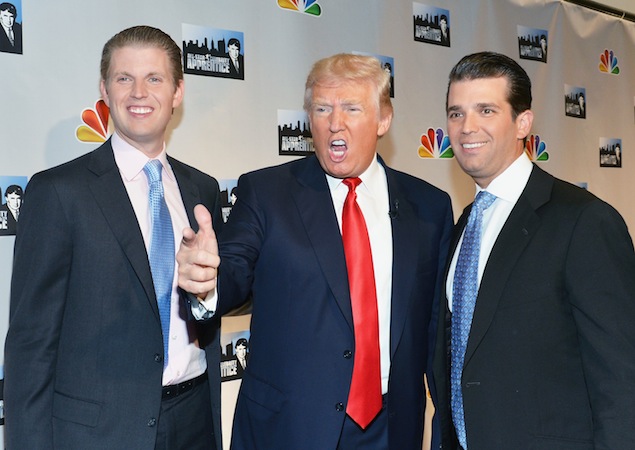 The fiscal cliff showdown exposes the GOP’s stubborn favoritism toward the wealthiest Americans.

The GOP insists those crucial social insurance programs be sacrificed to prevent the entitled rich from once again paying the income tax rates that they did during the boom years of Bill Clinton.

Republicans, the party of the nation's entitled rich, are holding a knife to the throat of America's frail recovery.

“Back away from your Social Security, your Medicare, your Medicaid,” the Republicans are ordering. The GOP insists those crucial social insurance programs be sacrificed to prevent the entitled rich from once again paying the income tax rates that they did during the boom years of Bill Clinton. The party that lost the Presidency, lost seats in the House and lost seats in the Senate is willing to take down the economy, to eviscerate programs like the Federal Emergency Management Agency, the Consumer Product Safety Commission and the Federal Aviation Administration rather than require the entitled rich pull their weight as citizens of the country that enabled them to live lives of unprecedented luxury.

The candidate Republicans chose as their presidential nominee, Mitt Romney, stated the party's position loud and clear last spring and reiterated it during a post-election phone call with his millionaire financiers. Romney told funders in May that he had no intention of “worrying about” 47 percent of Americans who he described as moochers, citizens he slandered with the allegation that they refuse to “take personal responsibility.”

In the phone call, Romney claimed that the Americans he referred to as government moochers all voted for President Obama because the Democrat gave them “gifts.” Romney, a quarter-billionaire, described the administration's plan for partial forgiveness of college loan interest as a “gift” to students. The Republican candidate born into wealth and pampered in private schools characterized as a “gift” the requirement in Obamacare that health insurance companies provide prescription contraceptives without co-payments.

The rich boy said President Obama bought women's votes for $10 co-pay forgiveness. But for Republicans, it's never the other way around. Romney and the GOP don't think they were buying the votes of the rich with their promise to add another 20 percent break on top of the Bush tax cuts for the wealthiest.

That's because they believe they're entitled. They derisively refer to the social safety net programs that prevent the nation's poor and elderly from being reduced to eating cat food as “entitlements.” But it's the entitled rich—Romney, the Koch Brothers, Sheldon Adelson and their ilk—who demand that America give them “stuff” like tax breaks for sending jobs overseas, like tax loopholes for hoarding their assets in the Caymans, like government-paid roads and sewers and rail lines to their businesses.

The entitled rich and their political party don't seem to get the fact that they lost the election. One hundered and thirty CEOs have ponied up $43 million to make sure the so-called fiscal cliff problem is resolved their way. They're saying, basically, they're willing to give up one of the “couple of Cadillacs” they drive if the middle class just accepts cat food as its meat course. The CEOs, calling themselves the “Fix the Debt” coalition, claim they'll pay a secret amount more in taxes if the 99 percent suffers cuts to its social safety net and endures slashed government programs.

Republicans in Congress won't even go that far. Their legislation would give more to the  rich and less to everyone else. They've proposed, for example, extending the estate tax cuts that benefit the richest 0.3 percent of American families when their millionaire relatives die, an estimated 7,000 people in 2013. At the same time, Republicans are demanding an end to child tax credit and earned income tax credit enhancements that help 13 million families get by, families that include 26 million children. Those 7,000 entitled rich people and their Republican representatives believe 26 million kids can always join the grandmas dining on cat food. Tastes like chicken, right?

Congress and the President are confronted with a deadline in these hostage negotiations. On Jan. 1, half a trillion in tax increases and across-the-board spending cuts are scheduled to take effect for the remainder of fiscal year 2013. It's called the fiscal cliff because many economists believe the combined effect during a weak recovery would shove the economy back down into recession.

Democrats don't want to risk damaging the economy. They've proposed extending the tax cuts for the 98 percent right now. The richest two percent would benefit from these breaks as well, receiving them on the first $250,000 of their earnings. Everybody gets something. This proposal passed the Democratic-controlled Senate. The Republican-controlled House refuses to even vote on it.

Republicans aren't talking about extending tax breaks for the 98 percent. Instead, they're threatening the economic life of the country if they don't get what they want—tax breaks for people who don't need them.

President Obama is right to take that advice and refuse to pay the ransom Republicans are demanding to appease the entitled rich.