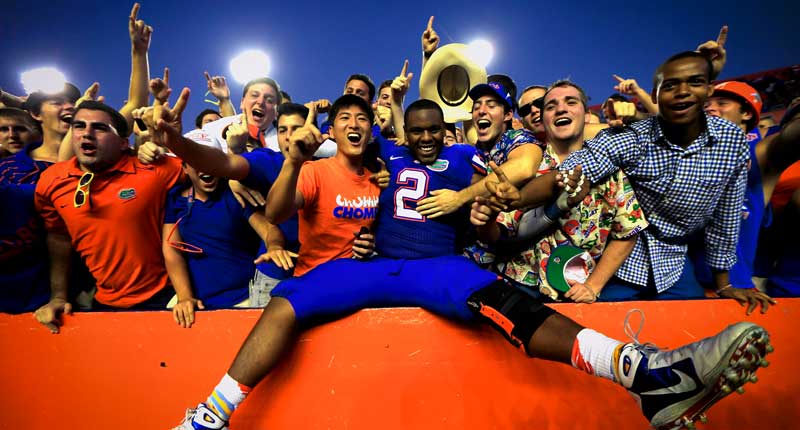 In Defense of Sports

Why let capitalists have all the fun?

Beyond betraying an ascetic disdain for something a large part of humanity finds pleasure in, too many progressives see sports ahistorically, unable to envision them in a different context.

In one of his final essays for Newsweek, Christopher Hitchens argued that sport breeds conflict and brings out the worst in human nature. By then an apostate to the Left, on this topic the late essayist clung to his roots; progressives have long been suspicious of sport.

That many radicals aren’t watching football every Monday night is hardly surprising. Modern sport took shape under capitalism and embodies many of its values: competition, empiricism, chauvinism, hierarchy and discipline. “Win at all costs” is the mantra of our most revered coaches. The play clock mirrors the frenzied dance of industrial society. Preparation for games revolves around repetitive training, not unlike the fluid motion that powers the assembly line. With the rise of “sabermetrics,” team owners can quantify and evaluate performance solely from numbers and algorithms—long the dream of a ruling class drawn to the cold calculus of scientific management schemes. Former NBA All-Star Allen Iverson’s drives to the hoop weren’t as good as we thought, the statisticians tell us. Beauty does not matter, only efficiency.

None of these qualms are wrong. They’re just missing something—the ecstasy so many get from watching sports, a joy that can’t be reduced to “false consciousness.” Beyond betraying an ascetic disdain for something a large part of humanity finds pleasure in, too many progressives see sports ahistorically, unable to envision them in a different context.

With roots in English public schools and other unsavory places, organized sport was originally an elite phenomenon, but the early working class made no such errors. Taking advantage of the free time guaranteed by the eight-hour day, workers began to democratize games like soccer and rugby. Before long, major social democratic parties across Europe were using sporting clubs and festivals to construct working-class identity and promote solidarity.

By 1928, German sports societies had more than two million members, most of whom were affiliated with the Social Democratic Party. These clubs offered escape and a sense of belonging to the masses. Thousands hiked and learned to swim, freeing themselves, however fleetingly, from the grinding indignity of wage labor. In Austria, during the Red Vienna period (1918-1934), a new stadium was built to host a “Workers’ Olympiad,” which welcomed participants from across the world—a testament to the internationalist impulses of a confident and forward-looking movement.

Another sports world seemed possible, one that could have averted commodification and wrestled play away from the grips of work. Of course, on that and many other fronts, the story didn’t end so well for European workers. Yet the historical lesson is clear: As much as sports have sowed divisions historically, sporting cultures based on different sets of values are possible. Sport has become unlinked from the Left, but that can be undone.

That process won’t be hastened, however, by progressive criticism that smacks of elite disdain for the messy passions of the masses. Hitchens, for example, seemed to particularly object to fandom’s raucousness and lack of gentility, as in this thought experiment:

Picture this: I take a seat in a bar or restaurant and suddenly leap to my feet, face contorted with delight or woe, yelling and gesticulating and looking as if I am fighting bees. I would expect the maître d’ to say a quietening word at the least, mentioning the presence of other people. But then all I need do is utter some dumb incantation—“Steelers,” say, or even “Cubs,” for crumb’s sake—and everybody decides I am a special case who deserves to be treated in a soothing manner.

Hitchens, you’ll note, doesn’t bother to explain why identifying with a group of fans with whom you have no organic connection, sharing a collective joy in victory or anguish in defeat, is necessarily dangerous or reactionary. Such attitudes seem to have more to do with the social position and neuroticism of the intelligentsia than they do with anything inherent to sport itself.

Of course, special scorn is visited on the out-of-shape person who enjoys watching football on Sunday, but can’t bother to exercise. The naiveté of this stance is breathtaking. Our working lives are so draining, with hours only getting longer: Who can blame someone for enjoying leisure on her day off?

The joy that sport offers us comes in two forms: as passive spectators and as active participants. The dichotomy drawn between these two kinds of leisure is a false one. In a society that valued leisure and the “good life,” we could have our cake and eat it, too—and then exercise away the calories in a publicly funded rec league.

One can even imagine aspects of sports that most closely mirror the capitalist ethos taking on a different context in a better society. Competition is brutal and ruthless in neoliberalism, under which, in many parts of the world, winning and losing carry life or death consequences. But competition in a safe environment can be a positive thing, encouraging innovation and rewarding hard work.

Those words (which could well have been lifted from a TED talk) might elicit eye-rolls from readers. Indeed, they are the qualities associated with sport that help reinforce the ideological underpinnings of capitalism. If society were like an impartially refereed basketball game, as capitalists wish to believe—fair, governed by fixed rules, a place where talent and dedication pays off—the wealthy getting wealthier would only draw the ire of the envious losers, those unwilling to accept the outcome of a fair game. People wouldn’t be held back by structural inequality, but by themselves.

Of course, the analogy doesn’t hold: The court of capitalism is tilted, the baskets crooked. Still, it’s not sport’s fault that it makes for a dangerous metaphor in the wrong hands. Separated from the present context, we can imagine the new ways in which labor and play could intermingle in a future society governed by equality and abundance rather than exploitation and scarcity. The discipline and pride of an artisan who hones a skill, like an athlete who trains toward perfection, would not go away in such a world, it would just be a path made accessible to more of us.

Simply, a critique of the structures that control and commodify sport, exploiting labor all along the way and narrowing our cultural horizons, should be kept separate from a critique of the actual content of sport.

Progressives should be concerned about the conditions of production for the entertainment consumed by the public. They shouldn’t, however, launch broadsides against that act of consumption itself. That ascetic rejection of sports—from Orwell, who called sports “war minus the shooting,” to Hitchens and beyond—represents nothing more than a failure of vision.