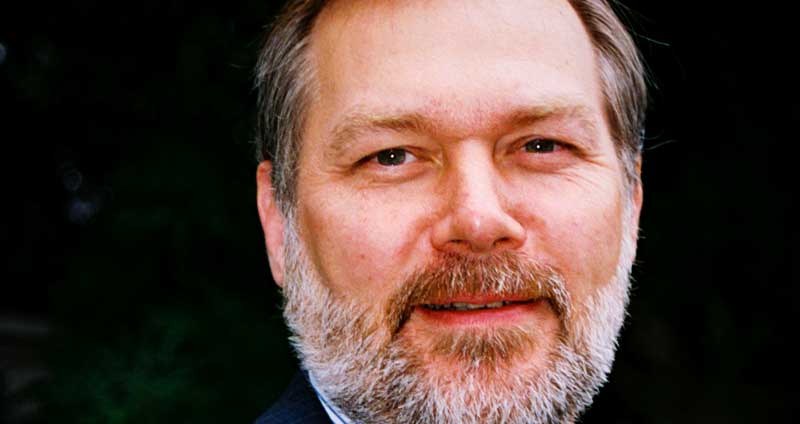 Rev. Scott Lively, author of The Pink Swastika: Homosexuality in the Nazi Party, is being sued by Ugandans in U.S. Court for crimes against humanity.

How the persecuted Ugandan LGBT community turned the tables.

"SMUG finally has stood up and said, 'We don't want you in our country.’ ”

The leading gay-rights group in Uganda, Sexual Minorities Uganda (SMUG), sued Massachusetts pastor Scott Lively last year under a U.S. law governing overseas crimes against humanity. The case opened on Jan. 7 with a hearing in a federal court in Springfield, where SMUG, represented by the New York-based Center for Constitutional Rights (CCR), argued that Lively had waged a yearslong campaign with Ugandan legislators to persecute LGBT people.

The complaint hinges on a three-day conference in the Ugandan capital of Kampala in March 2009 titled “Exposing the Truth About Homosexuality and the Homosexual Agenda,” at which Lively was the keynote speaker. Thousands of Ugandans listened intently as Lively and two other U.S. evangelists compared homosexuality to bestiality, cited false statistics about gay people molesting children and suggested that gay people contributed to the Holocaust and the Rwandan genocide.

In October 2009, Ugandan legislators introduced the Anti-Homosexuality Bill of 2009. The bill’s text asserted that homosexuality is neither innate nor immutable, that LGBT people threaten “the traditional family” and that Western activists sought to impose their “values of sexual promiscuity” on the people of Uganda—all claims reminiscent of Lively’s rhetoric.

Uganda had already criminalized homosexuality, but in the new bill, “aggravated homosexuality”—defined as when one participant is a minor, a disabled person, HIV-positive or a “serial offender”—was punishable by death.

That bill sparked an international outcry and was never passed, but a new version was reintroduced in February 2012. It has been placed on the agenda for the Ugandan Parliament’s current session.

Since the 2009 bill emerged shortly after Kampala’s anti-gay conference, all eyes are on Scott Lively. The pastor’s 1995 book The Pink Swastika: Homosexuality in the Nazi Party, asserts that homosexuality played a “central role” in militant Nazism and the Holocaust. The Southern Poverty Law Center has classified his Abiding Truth Ministries as a hate group.

At the January hearing in Massachusetts, Lively moved to dismiss SMUG’s case, claiming that the First Amendment protects speech no matter how unpopular or controversial. According to a court transcript, his attorney Horatio G. Mihet said “the entirety of [Lively’s] contribution to this so-called conspiracy” could be boiled down to free expression.

“He’s been working to strip away fundamental rights,” Spees told In These Times. “Even if he’d never said anything in public, his participation in the effort to bring about a system of basically apartheid in Uganda and elsewhere is the basis of the claim.”

SMUG brought the case under the Alien Tort Statute, which allows plaintiffs to bring suit in the United States for international human-rights abuses. The statute is currently being reviewed by the Supreme Court in Kiobel v. Royal Dutch Petroleum Company, a case brought by 12 Nigerians who allege the company that oversees Shell Petroleum Development facilitated torture and executions during the dictatorship of Sani Abacha. Susan Farbstein, clinical director of the International Human Rights Clinic at Harvard Law School, says she believes that the suit against Lively marks the first time the statute has been used in a gay-rights case and could set an international precedent.

If the case moves forward,“the court will look at [whether] under international law, persecution on the basis of sexual orientation is a well-recognized crime against humanity,” she says.

In addition to pursuing Lively in court, SMUG and other LGBT rights groups in Uganda are working with international human-rights organizations to stop the proposed law and bolster LGBT acceptance.

Kelly Daniels is the director of i freedom Uganda, a Kampala-based LGBT rights network that connects some 20 gay rights groups in the country. His own story demonstrates what an up- hill battle this can be. When the Anti- Homosexuality Bill was introduced in 2009, Daniels, at 20, left home, fearing his mother and two sisters wouldn’t support him. Today, at 23, he lives at home again, but his family doesn’t know he works on LGBT issues.“Now I know to play it safe,” says Daniels.

SMUG is playing it safe, too, careful not to infringe upon Lively’s First Amendment rights. But the case against Lively could signal the start of a greater effort to halt imported homophobia. Roberta Sklar, a spokesperson for the International Gay and Lesbian Human Rights Commission (IGLHRC), says that as evangelical anti-gay activity has “waned in its effectiveness in the United States over the past 15 years, a fundamentalist evangelical effort [is] being transmitted over to Africa and Asia.”

“The most important part of this case,” says Rev. Dr. Kapya Kaoma, a religion and sexuality scholar with Political Research Associates, “is that SMUG finally has stood up and said, ‘We don’t want you in our country.’ ”