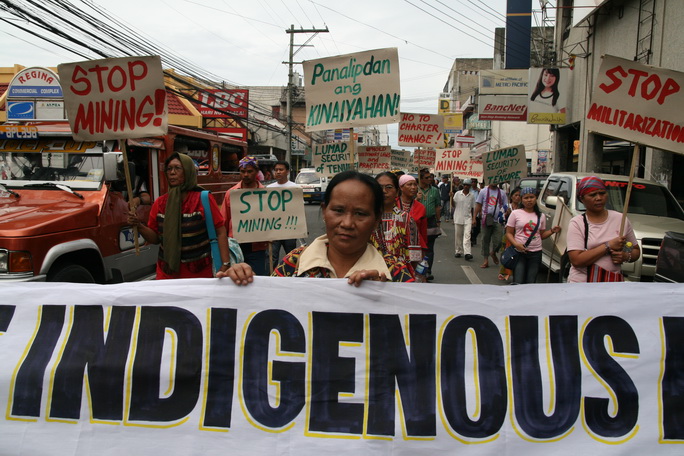 On global warming, indigenous peoples and scientists face off against capitalist policymakers.

There is “capitalism” and then there is “really existing capitalism.”

The term “capitalism” is commonly used to refer to the U.S. economic system, with substantial state intervention ranging from subsidies for creative innovation to the “too-big-to-fail” government insurance policy for banks.

The system is highly monopolized, further limiting reliance on the market, and increasingly so: In the past 20 years the share of profits of the 200 largest enterprises has risen sharply, reports scholar Robert W. McChesney in his new book Digital Disconnect.

“Capitalism” is a term now commonly used to describe systems in which there are no capitalists: for example, the worker-owned Mondragon conglomerate in the Basque region of Spain, or the worker-owned enterprises expanding in northern Ohio, often with conservative support—both are discussed in important work by the scholar Gar Alperovitz.

Some might even use the term “capitalism” to refer to the industrial democracy advocated by John Dewey, America's leading social philosopher, in the late 19th century and early 20th century.

Dewey called for workers to be “masters of their own industrial fate” and for all institutions to be brought under public control, including the means of production, exchange, publicity, transportation and communication. Short of this, Dewey argued, politics will remain “the shadow cast on society by big business.”

The truncated democracy that Dewey condemned has been left in tatters in recent years. Now control of government is narrowly concentrated at the peak of the income scale, while the large majority “down below” has been virtually disenfranchised. The current political-economic system is a form of plutocracy, diverging sharply from democracy, if by that concept we mean political arrangements in which policy is significantly influenced by the public will.

There have been serious debates over the years about whether capitalism is compatible with democracy. If we keep to really existing capitalist democracy—RECD for short—the question is effectively answered: They are radically incompatible.

It seems to me unlikely that civilization can survive RECD and the sharply attenuated democracy that goes along with it. But could functioning democracy make a difference?

Let's keep to the most critical immediate problem that civilization faces: environmental catastrophe. Policies and public attitudes diverge sharply, as is often the case under RECD. The nature of the gap is examined in several articles in the current issue of Daedalus, the journal of the American Academy of Arts and Sciences.

It is not public opinion that drives American policy off the international spectrum. Quite the opposite. Opinion is much closer to the global norm than the U.S. government's policies reflect, and much more supportive of actions needed to confront the likely environmental disaster predicted by an overwhelming scientific consensus—and one that's not too far off; affecting the lives of our grandchildren, very likely.

As Jon A. Krosnick and Bo MacInnis report in Daedalus: “Huge majorities have favored steps by the federal government to reduce the amount of greenhouse gas emissions generated when utilities produce electricity. In 2006, 86 percent of respondents favored requiring utilities, or encouraging them with tax breaks, to reduce the amount of greenhouse gases they emit. Also in that year, 87 percent favored tax breaks for utilities that produce more electricity from water, wind or sunlight. These majorities were maintained between 2006 and 2010 and shrank somewhat after that.”

The fact that the public is influenced by science is deeply troubling to those who dominate the economy and state policy.

One current illustration of their concern is the “Environmental Literacy Improvement Act” proposed to state legislatures by ALEC, the American Legislative Exchange Council, a corporate-funded lobby that designs legislation to serve the needs of the corporate sector and extreme wealth.

Of course, all of this is dressed up in rhetoric about teaching critical thinking—a fine idea, no doubt, but it's easy to think up far better examples than an issue that threatens our survival and has been selected because of its importance in terms of corporate profits.

One side consists of the overwhelming majority of scientists, the world's major national academies of science, the professional science journals and the Intergovernmental Panel on Climate Change.

They agree that global warming is taking place, that there is a substantial human component, that the situation is serious and perhaps dire, and that very soon, maybe within decades, the world might reach a tipping point where the process will escalate sharply and will be irreversible, with severe social and economic effects. It is rare to find such consensus on complex scientific issues.

The other side consists of skeptics, including a few respected scientists who caution that much is unknown—which means that things might not be as bad as thought, or they might be worse.

Omitted from the contrived debate is a much larger group of skeptics: highly regarded climate scientists who see the IPCC's regular reports as much too conservative. And these scientists have repeatedly been proven correct, unfortunately.

The propaganda campaign has apparently had some effect on U.S. public opinion, which is more skeptical than the global norm. But the effect is not significant enough to satisfy the masters. That is presumably why sectors of the corporate world are launching their attack on the educational system, in an effort to counter the public's dangerous tendency to pay attention to the conclusions of scientific research.

At the Republican National Committee's Winter Meeting a few weeks ago, Louisiana Gov. Bobby Jindal warned the leadership that “We must stop being the stupid party. We must stop insulting the intelligence of voters.”

Within the RECD system it is of extreme importance that we become the stupid nation, not misled by science and rationality, in the interests of the short-term gains of the masters of the economy and political system, and damn the consequences.

These commitments are deeply rooted in the fundamentalist market doctrines that are preached within RECD, though observed in a highly selective manner, so as to sustain a powerful state that serves wealth and power.

The official doctrines suffer from a number of familiar “market inefficiencies,” among them the failure to take into account the effects on others in market transactions. The consequences of these “externalities” can be substantial. The current financial crisis is an illustration. It is partly traceable to the major banks and investment firms' ignoring “systemic risk”—the possibility that the whole system would collapse—when they undertook risky transactions.

Environmental catastrophe is far more serious: The externality that is being ignored is the fate of the species. And there is nowhere to run, cap in hand, for a bailout.

In future, historians (if there are any) will look back on this curious spectacle taking shape in the early 21st century. For the first time in human history, humans are facing the significant prospect of severe calamity as a result of their actions—actions that are battering our prospects of decent survival.

Those historians will observe that the richest and most powerful country in history, which enjoys incomparable advantages, is leading the effort to intensify the likely disaster. Leading the effort to preserve conditions in which our immediate descendants might have a decent life are the so-called “primitive” societies: First Nations, tribal, indigenous, aboriginal.

Thus Ecuador, with its large indigenous population, is seeking aid from the rich countries to allow it to keep its substantial oil reserves underground, where they should be.

Meanwhile the U.S. and Canada are seeking to burn fossil fuels, including the extremely dangerous Canadian tar sands, and to do so as quickly and fully as possible, while they hail the wonders of a century of (largely meaningless) energy independence without a side glance at what the world might look like after this extravagant commitment to self-destruction.

This observation generalizes: Throughout the world, indigenous societies are struggling to protect what they sometimes call “the rights of nature,” while the civilized and sophisticated scoff at this silliness.

This is all exactly the opposite of what rationality would predict—unless it is the skewed form of reason that passes through the filter of RECD.