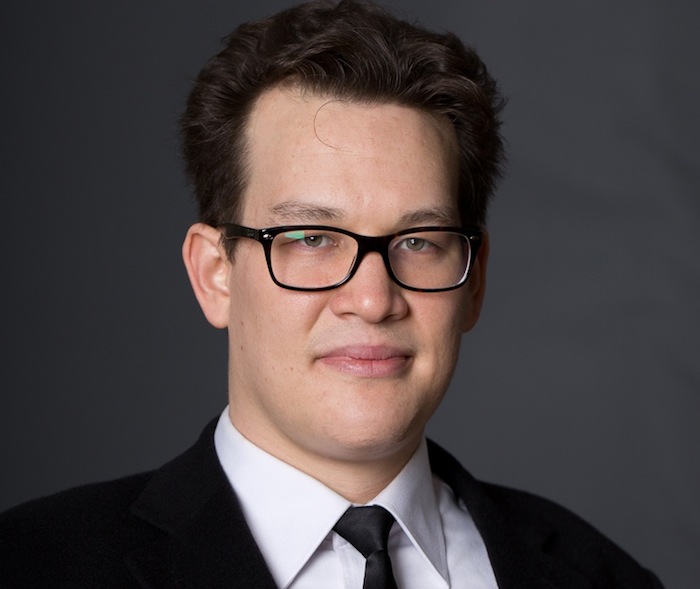 Thomas Herndon, 28, in his third year of economics grad school, did not expect his class assignment to shake the underpinnings of global austerity. (Courtesy of UMass Amherst)

The economics student who debunked global austerity explains why he did it.

'Economics is normative as well as positive; we’re making policies for human society.'

Thomas Herndon has had a swell couple of weeks. The 28-year-old graduate student has been interviewed numerous times and cited just about everywhere after playing a key role in debunking a 2010 paper by Harvard economists Carmen Reinhart and Kenneth Rogoff that was used to justify global austerity policies.

The Harvard paper claimed that countries saw significantly slower growth if their debt was above 90 percent of their GDP. Its findings resonated beyond academia, getting referenced in mainstream American political discourse by the likes of Paul Ryan. Across the Atlantic, European Central Bank officials used it to bolster the case for rounds of cuts in the wake of the Eurozone crisis.

That all became a bit more difficult after Herndon, in his third year in the economics graduate program at the University of Massachusetts Amherst, was assigned to replicate a published study for an applied econometrics class. Something seemed a bit wrong about the Reinhart and Rogoff paper to him, and he selected it for further investigation.

After weeks of trying to use the snippets of available data to reconstruct the relationship between debt ratios and growth that Reinhart and Rogoff had apparently so forcefully demonstrated, he became convinced that there was no way that the data could support their conclusions. After repeated requests, Herndon finally got the researchers to send him the raw data in an Excel sheet.

Herndon was right: The numbers didn't add up. The problem with the paper has been widely reported as a single arithmetic error, the product of a few cells not being included in an equation, but Herndon told me that:

There were actually four errors all together. Any one error by itself would not have been enough to cause the negative average. It was the combined effect of all four of them: They interacted with each other and amplified each other—almost like a perfect storm of errors. The errors are the selective exclusion of data, the spreadsheet error, the unconventional weighting of the average and the transcription error.

As news of Herndon’s findings spreads, what was once a strong consensus in favor of austerity has taken a serious hit. I talked to Herndon over the phone yesterday about his political views, what it means to be an economist and what other options to neoliberalism may be on the table.

How does it feel to be famous? Is it like the rock music would have us believe—lonely and tortuous?

I enjoy it a little bit, but’s it’s a lot of work. It’s kind of overwhelming. I never for a moment thought that the world would be interested in my econometrics replication, but the thing I enjoy the most about it is that I can make a contribution to getting everyone talking about these really controversial austerity policy measures, and I’m really honored to be able to do that.

Do you consider yourself an anti-austerian, or ideological in any way? Or are you something of a dispassionate academic?

The research we present in our paper is solid research, it’s not ideological research. I’d rather focus on the message in our paper, because I come from a really interesting department. We have a lot of influences—the Washington Post detailed that—but that’s independent of the errors that the Harvard economists made, and I feel a lot more comfortable speaking to the research we have in our paper.

Reality does have a political bias. And UMass Amherst has a pretty famously heterodoxical economics department. Can you just speak about the environment in that milieu, or how it might differ from departments elsewhere?

I haven’t really been in departments elsewhere. But I will say that the critical environment that we’re surrounded by pushes us to question everything. And I think that’s really helpful for research, to question all the basic assumptions and to really look at stuff carefully.

Among other assumptions. We try to look at the assumptions of whatever argument, and we just try to do good research from a human perspective.

But that reputation, as being somewhat more critical and left-leaning, is one that’s lingered around your department. Does that make it harder for the work to get mainstream acceptance? Is it double- and triple-checked, or subjected to more scrutiny than it otherwise would be?

I would say because of the department’s reputation, perhaps, that was motivation to make sure that I triple-checked my work. And it’s also motivation to do a really good job, because we’re not one of the more prominent schools, like the Ivy League universities or whatever. I think it means that there’s a higher burden of proof, or standard of evidence, that’s applied to us. But I have high standards myself, and I’m very comfortable with trying to do excellent work. That’s the whole point.

What’s your background? What made you decide to pursue economics?

It’s hard to point to any one thing and say conclusively, “This made me do what I did.” But basically what I’m motivated by is that economics affects real human beings in their daily lives. That’s one reason why I am very much interested in austerity policies, because they’ve been really controversial. And as I’ve heard doing media interviews and talking to reporters across the world, they give me a lot of stories about pain and suffering and heartbreak that these policies have caused.

You don’t see much of a tension between having a commitment to understanding how market forces affect people’s lives and the ability as an intellectual to study it somewhat removed from preconceptions?

I don’t see the tension. I think you have to have the ability to be objective and just look at data. I do. But I also think that having social motivations and the human motivations for my work is really important, because it’s what helps me keep going. Economics is a very hard discipline to study; not everybody likes studying statistics and things like that, but I would say, rather than clouding my judgment, it grounds it in the everyday experience of people and it motivates me to work harder.

In terms of scientific rigor, we use the basic tools of empirical research and data analysis, and we try to do honest work. I think as long as you have that, you should be okay. This is a social science, and we do have to take positions on policies for society. Economics is normative as well as positive; we’re making policies for human society, so we will have norms that we think are good and bad. There’s also the positive, like just what the data says, and the honest research. But it’s a mix.

I don’t think it would be possible for anybody to separate their basic understandings of society from their analyses, and that’s why I think you need people from a wide variety of backgrounds as well, who have different experiences and see the world differently. That type of debate I only see as good for the economics profession.

What kind of impact do you think the original study really had? Would the pro-austerity camp just have easily found any other type of ideological or academic justification for what they had in their minds and their class interests to do all along?

It’s hard for me to make any solid claims about the motivations of politicians. What I could say though, is that it’s very clear that this paper was extremely influential and was the most widely cited, and certainly justified these policies.

I’m sure economists would all like to think that their papers really inform policy at the highest levels and everything scientific, but who knows? I would say that there are some preliminary reports that the study has already impacted policymaking. For example, John Taylor, the conservative blogger and economist, wrote—he was very unhappy about this development—that people close to the G20 process omitted the debt targets from a recent communique citing our study.

If not austerity, what’s the alternative?

The argument that we’re making right now is that public borrowing can play an important role in overcoming the recession because of the particular historical moment; it’s such that we would expect public borrowing to have large positive effects with relatively few costs, and that, moreover, it’s a set of circumstances that we would expect austerity policies to have large negative effects with comparably few benefits.

Would this be a short-term fix to get us out of this recession? Or is something closer to the social democratic model of the '60s and '70s actually sustainable?

I think public borrowing could play certainly the short-term role. But then in the long time, we definitely need to make larger changes in the economy. To be a little more specific, I would suggest people look at a lot of the proposals from the [UMass] Political Economy Research Institute, or the other ones coming out of the department. We have a lot of writing on how, for example, creating a green economy can create a lot of jobs for people, pushing towards full employment.