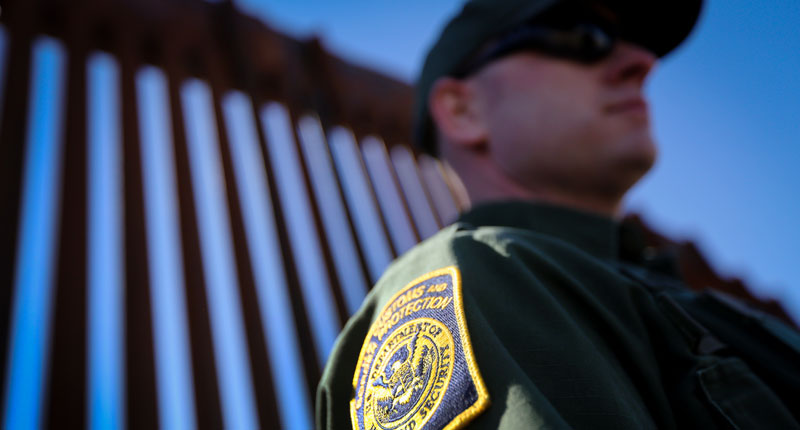 The ‘border security’ provisions of the new immigration bill solve a problem that isn’t.

It’s clear that the obsession with tightening the border has created an unprecedented police state at the gateways.

As the U.S. senate considers an immigration reform bill in June that includes a path to citizenship for currently undocumented residents—a very long path, at least 13 years—border security has emerged as the great bugaboo in the debate.

The bill, put together by the bipartisan team of senators called the Gang of Eight, cleared the Judiciary Committee after more than 300 attempts to amend it—including many by conservative Republicans intended to kill it by piling on provisions that couldn’t pass.

And, in fact, the bill only made it to the Senate floor because the Gang accepted at least eight amendments from GOPers requiring symbolically enhanced border security as a condition for any kind of road to citizenship. Among these was an amendment requiring that 90 percent of all unauthorized crossings be stopped, and another tightening the monitoring of student visas. (This last was an imbecilic response to the Boston Marathon bombings, which were committed by one U.S. citizen and one legal U.S. resident, neither of whom had ever held student visas.)

Republican senators can count on a Fox poll to back up their border vigilance: 73 percent of Americans support increasing border security before considering any other aspect of immigration reform. After the bill passed the Senate Judiciary Committee, Speaker of the House John Boehner vaguely threatened to derail the bill, referring to border security as “dysfunctional.”

Nothing could be further from the truth.

A report released earlier this year, “Immigration Enforcement in the United States: The Rise of a Formidable Machinery,” by the Migration Policy Institute, a Washington, D.C.-based nonpartisan think tank that studies the movement of people, indicates that our borders have never been more secure. It’s clear that the obsession with tightening the border—and let’s be clear that by “border” we mean only the southern border—has created an unprecedented police state at the gateways.

Consider these findings from the report:

Despite all this, and despite the GOP’s concern with the source of new immigrants (or, as Ann Coulter put it, “When did we vote to become Mexico?”), undocumented immigration from Mexico dropped 53 percent between 2008 and 2011. In fact, in recent years, net migration from Mexico has stood at zero, with as many Mexicans leaving the United States as entering it. Dysfunctional? Yeah, dysfunctional. But not in the way Boehner means it.