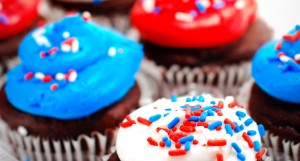 Sometimes you need to eat it, too.

In Defense of Dessert: The Case Against Austerity

Why cutting down doesn’t pay off.

This oafishly moralized vision of austerity politics is itself the essence of childish self-delusion, running counter to both good economic policy and the baseline maintenance of public health.

When the harsh light of day exposed the empirical bankruptcy of the great enabling myth of fiscal austerity—the famed Reinhart-Rogoff thesis, which purported to link deficit spending with sluggish economic growth—you might have expected the peddlers of center-right shibboleths to hunker down for some long-overdue beating of breast and gnashing of teeth.

You would, of course, be wrong. Yes, the two Harvard economists turned out to have committed fundamental spreadsheet errors that distorted their actual findings past all recognition; and yes, there’s no longer any real-world confirmation of the talismanic belief that shrinking government deficits during a historic recession is a good idea. But austerity’s true believers have never trucked much with falsifiable truth claims.

Just consider their response to another recent rebuke: the research of public-health scholars David Stuckler and Sanjay Basu, who have reviewed the mortality and health consequences of recent austerity movements, from the Eastern European “shock therapy” campaigns of the 1990s to the deranged belt-tightening regime of Britain’s David Cameron today. In their new book The Body Economic: Why Austerity Kills, Stuckler and Basu show distressingly consistent increases in such key public-health indicators as suicides, heart disease, alcoholism and HIV infection in societies embarking on steep reductions in social spending. Correspondingly, societies (such as Iceland, Sweden and Finland) that have refused to pare back their welfare states in hard times exhibit steady—and, in some case, increasing—signs of public health. Oh, and more straightforward economic indicators, such as low unemployment and broad middle-class prosperity, also strangely adhere to political economies that continue to spend robustly on social services and healthcare—again, contrary to every single theory in the austerity playbook.

Yet when a practiced faux-contrarian pundit like The New Republic’s Michael Kinsley alighted on Stuckler and Basu’s findings, he stepped forward bravely to report that they were all part of a “misguided moral crusade against austerity” captained by New York Times columnist Paul Krugman. Sure, Kinsley writes, the life chances of ordinary working citizens diminish steeply under conditions of austerity: They “get depressed and commit suicide. They drink and ruin their livers. They don’t buy their prescription drugs or see their doctor when they should in order to save money. They lose their jobs, come home, and murder their spouses.”

But that, you see, is just the iron law of economic comeuppance, as Kinsley divines it. “I don’t think suffering is good, but I do believe that we have to pay a price for past sins,” he writes, “and the longer we put it off, the higher the price will be. …[T]he austerians deserve credit: They at least are talking about the spinach, while the Krugmanites are only talking about dessert.”

Where to begin? There is, first off, something delusional, and indeed vicious, in shifting the costs of the particular “past sins” of our Great Recession—which were the exclusive handiwork of the stupendously overcompensated investment class—onto the vulnerable subjects of Stuckler and Basu’s research. More fundamentally, however, Kinsley has conceded that mass suffering is the confirmed and predictable outcome of hardline austerity policies—and he thinks they are somehow better for us, anyway. People of the Kinsleyan persuasion seem to sincerely believe that there is, in fact, no organized bloc of financiers, policymakers and intellectuals that benefits from the four-decadeslong-and-counting war on the public sphere—that the reluctant prophets of austerity are, like him, only doling out hard paternal truths about the way the real world works for the touchingly “misguided” citizen-children who clamor for dessert after dessert, all day long.

The irony, of course, is that this oafishly moralized vision of austerity politics is itself the essence of childish self-delusion, running counter to both good economic policy and the baseline maintenance of public health. The hysterical Kinsleyan denial of the fallout from the shrinking welfare state is an infantile lullaby that our privileged pundit class invokes over and over again, as it sings itself to sleep.