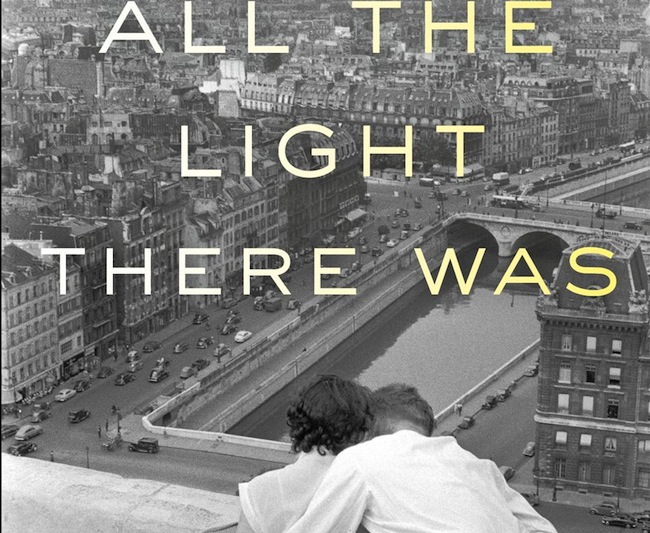 Growing Up Under Goebbels

Readers are brought into the Rue de Belleville in working-class Paris to experience the terror of falling bombs, the misery of food shortages and the horror of watching Jews, Communists and other 'undesirables' suddenly removed from a tight-knit community.

Several years ago, novelist Nancy Kricorian happened upon a 29-year-old documentary film called Terrorists in Retirement by French filmmaker Mosco Boucault. The movie chronicled the work of a World War II-era anti-Nazi resistance network in France that was made up of Armenian, Italian, Spanish and Jewish immigrants and led by Missak Manouchian, a survivor of the Armenian genocide who had escaped to France in 1925 as a teenager.
The film fired Kricorian’s imagination and sent her searching for more information about the men and women who formed this largely unheralded anti-fascist effort. The result was All The Light There Was, a novel that beautifully conjures both the Manouchian resistance and the Armenian refugee community of the 1940s. Readers are brought into the Rue de Belleville in working-class Paris to experience the terror of falling bombs, the misery of food shortages and the horror of watching Jews, Communists and other “undesirables” suddenly removed from a tight-knit community.
The story is told in the voice of the fictional Maral Pegorian, 16, a hard-working girl who wants nothing more than to help her family and excel in her studies. Her older brother, Missak, is less academically inclined and as the Nazis—who are called by the derogatory name Boche, or cabbage heads, by most Belleville residents—take claim to France, he becomes part of a well-oiled underground forgery operation. What’s more, while the family fears for its own health and safety, all of them risk their lives to help save a Jewish child who might otherwise have perished in a concentration camp. They shroud this deed in secrecy lest a pro-Nazi neighbor report them.
The story is given additional heft by the fact that Maral and Missak’s parents and adult circle are survivors of the Armenian genocide, a three-year atrocity that began in April 1915. Under the government of a group called the Young Turks, between 1 million and 1.5 million people were killed. As the characters’ emotional scars are opened by Hitler’s incursion into their adopted homeland, the novel showcases the post-traumatic stress that lingers long after a particular conflict finally grinds to a halt.
Kricorian’s touch is light, but the residual impact of war is nonetheless palpable. Maral and Missak’s Aunt Shakeh, for example, malnourished and physically ill, goes into a deep depression—and literally takes to her bed—once the war begins. For her, violence and death trigger nightmares and negative memories: “We saw it all,” she tells her niece. “Our parents dead before our eyes. Bodies in the dirt. Children with big bellies and heads, arms and legs skinny as spiders. It is the same thing again, the way they sent us to die in the desert.” To Shakeh, it seems obvious that Hitler used the anti-Armenian campaign as a prototype for his own brand of murderous destruction, a hideous replay of a hideous history.
If this makes All the Light There Was sound unbearably heavy, rest assured that Kricorian weaves in enough romance and coming-of-age sexuality to keep the pages turning. Maral’s main love interest is Zaven, a boy whose parents also fled to France to escape the Turks. But several other eager male suitors appear. One, a Soviet Armenian named Andon, enlisted and served in the German Army, and Maral is quick to rebuke him for this decision. Later, she learns that the issue is complicated by his status as a former prisoner of war in what was then the USSR.
“Why did you join the German Army?” Maral asks.
“General Dro came to the POW camp,” Andon explains. “He was a hero of the Russian Caucasus Army during the First World War, and he saved many Armenian lives during the deportations. He was the first defense minister of the Armenian Republic. When he came to the POW camp, he said, ‘Men, we do not know how this war will end, but when it does Hayastan [Armenia] will need you, so put on the German uniform.’” Dro’s rationale was based on a promise made by Germany: If they defeated the Soviets, an independent Armenia would be established.
Although Andon now feels that he was duped, he also believes that what is done is done, and he hopes to be forgiven by Maral. She, however, is conflicted. She knows that her brother Missak and his comrades will be furious that she is keeping company with someone they’ll dub a collaborator, but in her heart of hearts, she believes that Andon was naïve and simply made a terrible mistake. Whether or not she can get past her reservations, however, is one of the book’s ethical conundrums and is the kind of question that makes a war fought more than half a century ago relevant to today’s readers.
The dilemmas that Maral, Andon and Missak face—besides having lived through a world war, questions arise about gender roles, sexual politics and the quest for personal autonomy—are believable and well-rendered. Maral, a dutiful and obedient girl-turned-woman, struggles with what she believes is an either/or proposition—to be a wife and mother, as expected, or to pursue her education and a career. Similarly, Missak has to decide between loyalty to family and loyalty to self, a fraught choice that crops up in every generation and among all populations.
As the personal and political bump heads in All the Light There Was, a host of possibilities for individual fulfillment are laid bare. What’s more, the possibility of multi-ethnic solidarity—the Manouchian-like coalition against a common Nazi enemy—is also writ large. Still, the book ends with many open questions—about the future of organizing in peacetime as well about choosing a meaningful life path—questions that cannot be easily answered, either in fiction or in life.