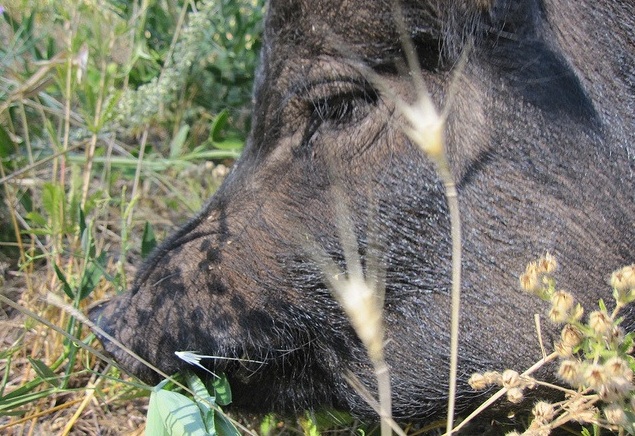 The farm bill promises to slash direly needed food assistance for the poor in favor of subsidizing rich agribusinessmen.

If the Farm Bill passes, it will literally take food out of the mouths of babes.

Americans believe their government should maintain that level field. But it does not. Not when poor students are denied access to low-interest college loans while Washington charges Wall Street virtually no interest. Not when the House farm bill feeds the rich and starves the poor.

The Farm Bill that is expected to pass the U.S. House this week explains income inequality in America.

This comes just a week after Senate Republicans refused to protect the poorest students from doubled college loan interest rates because that required closing tax loopholes that benefit big corporations. It comes just weeks after a new study showed the Walmart heirs, among the richest people in the world, pay their workers so little that taxpayers fork over billions to subsidize Walmart’s payroll through programs like–food stamps.

This all violates America’s cherished ideal of equal opportunity. Americans strive to achieve believing they have the same chance at success as everyone else and, more importantly, that the egalitarian American system will provide their children with a level playing field on which to attain their full potential. Americans believe their government should maintain that level field. But it does not. Not when poor students are denied access to low-interest college loans while Washington charges Wall Street virtually no interest. Not when the House farm bill feeds the rich and starves the poor.

Republican Congressman Stephen Fincher of Frog Jump, Tenn., is the ugly face of the feed-the-rich public policy. He is a seventh generation millionaire agri-businessman. He raked in $3.5 million in federal farm subsidies from 1999 to 2012. That averages out to $269,000 a year in farm welfare. It makes him one of the largest farm welfare recipients in Tennessee history as well as among members of Congress.

This politician, who thrived on the government dole, raking in $738 a day in farm welfare over the past 13 years, is among the loudest advocates for increasing subsidies to agribusiness by about $10 billion and slashing food stamps by $20 billion.

That would take food from 2 million poor people. They get an average of $133 a month in food stamps. That’s less than $5 a day for the poor – not the $738 a day that Fincher got.

Fincher justified taking food out of the mouths of poor people by quoting the Bible, 2 Thessalonians 3:10, to be specific: “For even when we were with you, we gave you this command: Anyone unwilling to work should not eat.”

Citing that verse shows a frightening level of cluelessness. First, Fincher took it out of context. It was intended as an admonishment of those who’d stopped working in anticipation of the Second Coming, not as a castigation of generic non-workers.

Second, 49 percent of those receiving food stamps are children. Would Fincher have five-year-olds work for their supper? How about infants?

Finally, the food stamp program encourages work, and the number of recipients who do tripled in the first decade of the century.

Among the working poor are Walmart employees. Generally, to qualify for food stamps, a family can’t earn more than 130 percent of poverty level, which would be $25,000 for a family of three. A typical Walmart worker earning $8.81 an hour, slightly more than minimum wage, receives $15,576 a year.

An analysis by the Democratic staff of the U.S. House Committee on Education and the Workforce found that such low wages harm families and burden taxpayers. Government benefit programs—such as food stamps—enable Walmart’s low wage workers to barely scrape by, the report says.

Using data from Wisconsin’s Medicaid program, the staff determined that the average Walmart Supercenter there costs taxpayers between $904,542 and $1.7 million each year. That’s for programs like Medicaid and food stamps.

Walmart provides the perfect example of that. The corporation made $17 billion last year, while paying its workers poverty wages. As Walmart workers use government programs to get by, the six Walmart heirs now have more wealth than the bottom 42 percent of Americans combined. Between 2007 and 2010 the wealth of the six richest Walmart heirs rose from $73 billion to $90 billion while the wealth of the average American declined from $126,000 to $77,000.

This results from government policy. The government doesn’t require Walmart to pay a living wage. Instead, the government uses taxpayer dollars to minimally subsidize low-paid Walmart workers while cutting taxes on the wealthy Walmart heirs.

The government subsidizes Walmart the way it does millionaire famers like Fincher. Though low-income workers receive the food stamps, essentially that government aid is welfare for Walmart.  A food stamp applicant must prove poverty to qualify for government aid. But not big business. Not agri-business.

The number of food stamp recipients increased dramatically since 2008 because of the great recession, an event caused by reckless gambling on Wall Street. House Republican policy calls for the victims of the recession to suffer and the perpetrators to continue receiving low interest federal loans.

This policy, this funneling of money to the top, increases inequality and decreases opportunity. A child who goes to school hungry, for example, has a very hard time learning.

Universal Studios is among the corporations that have institutionalized inequity. At its parks, middle-class parents and their children wait for hours for entrance to attractions, but the wealthy and their scions simply cut in line. The children of the wealthy don’t have to wait. Universal facilitates this with expensive VIP tickets that entitle rich children to park privileges. The VIP package includes hand sanitizer in case a rich kid accidently touches a “regular Joe” kid, as Universal called them. Also, VIP families get exclusive breakfast and lunch service.