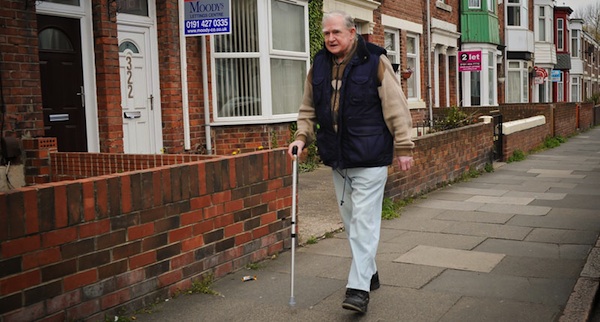 Pensioners account for almost half of money spent on benefits in the UK.

What to do with those ‘golden years’ after 80?

There must be those who play golf or bridge and go on cruises until they’re 100, but the rest of us may run out of things to do.

Perhaps it’s best to see these years after 80 as extra time. Not quite “extra time” as at the end of a football match: time, that is, to get a winning goal. But simply as more time than we have a right to expect, time that is unlikely to yield opportunities to score off anyone else, let alone to triumph. I wake up with a con- fused sense of foreboding, the relics of dreams in which everything is in need of repair and it’s my job to do the mending. This year friends have died in what seems like mid-conversation. There are questions I haven’t asked, feelings I haven’t admitted to.

“Change and decay” are all around indeed. My moth-eaten clothes smell of the mothballs that have failed in their purpose. Part of a tooth falls out and the dentist charges me the equivalent of a month’s pension to see to it. Montaigne wanted to believe that losing a tooth didn’t matter. “Look,” he wrote, “here is a tooth which has just fallen out with no effort or anguish: It had come to the natural terminus of its time.” And he wasn’t even 60. A mouse dashes across the kitchen floor and then runs insolent rings round me as I try to entice it with peanut butter into an old cigar box. A leaking pipe in the cellar, and the plumber can’t fix it. The pipes are of a size and material, he says, no one has seen in a London house for 60 years. Apparently, I narrowly missed electrocuting myself as I bailed out the cellar and whisked my buckets past the main electrical meter and plugs, which were hanging from a damp brick wall by a single nail. I spend some of most days mending the plates and cups I’ve dropped, the chair seats we’ve sat through, the sleeves that have frayed, and tripping over the piles of books we are always meaning to give away.

And we’re failing to keep up with technology. What on earth would we do with Facebook and all those improbable friends it finds for you? And then so many actual friends are ill. For one, a 10-hour operation followed by chemotherapy seems preferable to “the alternative.” Another is prey to hallucinations. I am reading Oliver Sacks on the subject to find out if there are ways of defying my friend’s dreamed-up monsters, with their “malign and mischievous mockery.” We’re all worrying about dementia and whether forgetting names and faces and listening to the BBC World Service through insomniac nights are signs that we’re losing it.

A report from the Institute of Economic Affairs has just announced that when we retire from work our physical and mental health improves for a while, but then it deteriorates rather quickly. There’s a suspicion that the report is meant to persuade people to go on working into their seventies—a foolish plan given the appalling youth unemployment figures, though plenty of old people would have liked to retire later, I know. There must be those who play golf or bridge and go on cruises until they’re 100, but the rest of us may run out of things to do. I haven’t quite reached that point, though I spend too much of each day doing crosswords when I should be mending things, and I listen to a good deal of radio.

It is from the radio that I learn the extent to which we extra- timers have become a heavy burden on the state. The National Health Service (NHS), which was working well a few years ago, is now brought low, and it’s mainly our fault, it seems. Yet the government, which claims to have “ring-fenced” the NHS from cuts, is still demanding £20 billion in “savings” from the NHS by 2015. Hospitals and whole departments are closing. Still, we fill hospital beds other people need more than we do; and we account for nearly half the money spent on benefits, though it’s the young and the poor and, of course, the “scroungers,” who get the blame for that.

More and more of us are crowding into this extra time, hoping there will be lots of young people to look after us. But the young are getting fewer and may not want to—or be in a position to—help us. My mother used to wince a little at the “marvelous, marvelous” her age of 91 could elicit from strangers. There’ll be no “marvelous” for my generation, but perhaps some serious discussion about the legalizing of assisted dying.