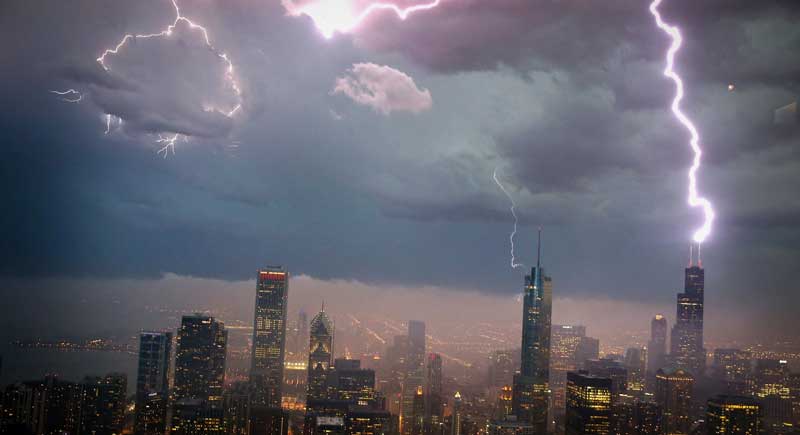 Will working people have any say in the new neoliberal city?

In the new neoliberal metropolis, working people are invisible. Ordinary citizens are the acted-upon, not the actors.

At a time when federal lawmaking is at a near standstill, with Republicans in Congress blocking any bold responses to economic stagnation, cities appear to be the last remaining places where innovative policy-making can still occur. This is something progressives have long recognized—since the 1990s, community-labor coalitions have increasingly focused their attention on metropolitan regions. Now, the potential of cities is also catching the eye of neoliberals.

For the neoliberal camp, the future of the American city is clear: In the coming decade, mayors, business elites, philanthropists and university presidents must build metropolitan economies based on innovation, competitiveness and growth. Unfortunately, something is missing from this picture: working people, and the labor unions and grassroots community groups that advocate for them. This omission is consequential. Absent their voices, the chances are slim of creating urban growth whose benefits are broadly shared.

A debate about the future of the metropolis has been kindled by Bruce Katz, a vice president at the Brookings Institution and co-author, with Jennifer Bradley, of a recent book titled The Metropolitan Revolution: How Cities and Metros Are Fixing Our Broken Politics and Fragile Economy. What Thomas Friedman has done for globalization—promoting a new world order bullish on corporate innovation but blind to the perils of runaway inequality—Katz and Bradley do for urbanism. They offer a neoliberal path forward that puts elites in the driver’s seat and does little to ensure that metropolitan economic development will allow for a robust and expanding middle class.

The question is not whether we need economic growth in cities. The question is whether Americans will grow together or grow apart. In failing to bring grassroots interests to the table in imagining a new urban future, Katz and Bradley—as well as cities such as Chicago and Philadelphia that are already rushing headlong into that future—miss a key lesson that has emerged since the 1990s, when metropolitan regions became a part of the economic planning discussion. If the benefits of a given metro region’s economy are to reach beyond a narrow elite, a broad spectrum of participants must be involved in shaping urban policy.

Katz and Bradley argue, correctly, that cities are the engines of today’s economy. Using case studies, they point out that metropolitan regions have unique, often healthy economic ecosystems that are fast becoming independent actors in the global economy. They write:

Metros dominate because they embody concentration and agglomeration—networks of innovative firms, talented workers, risk-taking entrepreneurs, and supportive institutions and associations that cluster together in metropolitan areas and coproduce economic performance and progress. There is, in essence, no American (or Chinese or German or Brazilian) economy; rather, a national economy is a network of metropolitan economies.

In addition to being economically vital, metropolitan regions are politically significant. In contrast to the highly politicized environment in Washington, D.C., metropolitan areas are less prone to political gridlock. Katz and Bradley explain:

Cities and metropolitan areas think in terms of networks that act together to achieve common goals and encourage collaboration and teamwork. They have a different disposition toward progress and continuous improvement. There, good policy is good politics—for individuals seeking to gain community trust and commitment. … Metropolitan success is tangible and almost tactile: it can be tasted, touched and felt in ways that abstract national actions cannot.

But Katz and Bradley’s view of who will rescue our economy has a decidedly neoliberal tint. True, in the current political climate it is unlikely that large-scale federal investment will swoop in to save cities. In this absence, Katz and Bradley see elite networks of political leaders, philanthropists, businesses and academic institutions as the heroes: a definition of leadership that smacks of paternalism. Katz and Bradley do at times include heads of unions and vague “civic organizations” when listing the leaders of these metropolitan revolutions, and speak of “participatory democracy” and an “inversion of the hierarchy of power” toward the people “closest to the ground.” But labor and grassroots leaders are largely absent from their case studies and from their vision for the full realization of their metropolitan revolution. By positioning this cadre of business chiefs, university administrators and foundation executives as more “reasoned” and “pragmatic” than grassroots groups like Occupy, Katz and Bradley not only sideline democratic movements in favor of corporate-dominated urban planning, but ignore critical lessons from recent decades of regional development.

The University of Southern California’s Manuel Pastor and University of California-Davis’ Chris Benner have produced a body of work suggesting that sustainable growth tends to rest on a foundation of equitable distribution. In a 2013 working paper for the MacArthur Foundation, Pastor and Benner looked at several empirical studies, including one conducted by Federal Reserve economists in the mid-2000s that identified key factors that influence economic growth at the regional level. That study concluded, in Pastor and Benner’s words, that “a skilled workforce, high levels of racial inclusion, and progress on income equality correlate strongly and positively with economic growth.”

Not surprisingly, in Katz and Bradley’s scheme of “innovative firms, talented workers, risk-taking entrepreneurs, and supportive institutions and associations,” the workers have the smallest and fuzziest role. In 2010, Katz was featured in a web video for Time that showed what innovations would look like in cities. As Katz spoke about how metro regions around the world are competing on the global stage, sped-up footage showed cars zipping through the city night, cranes shifting cargo around a dock like giant industrious insects and, in perhaps the most telling clip, an auto manufacturing facility in which a car was being assembled by robots. This illustrates the flaw in Katz and Bradley’s premise: In the new neoliberal metropolis, working people are invisible. Ordinary citizens are the acted-upon, not the actors.

At best, Katz and Bradley want workers to bootstrap themselves into being more skilled than they already are. Of course, education is an essential public good. But it is no substitute for insisting that all jobs in our economy—not merely those filled by high-echelon knowledge workers—provide living wages and allow people to enter the middle class.

This tension plays out in Katz and Bradley’s case studies. In their chapter on Houston, the authors showcase Neighborhood Centers Inc., a charity that provides social services and educational opportunities for impoverished children and adults in the immigrant community. Its efforts are praiseworthy. But there is no guarantee—as so many on the job market have found of late—that the adult beneficiaries of charities like Neighborhood Centers will be paid enough to maintain a decent standard of living once they start seeking out new employment.

By contrast, in the world outside Katz and Bradley’s neoliberal bubble, unions, tenants’ associations, interfaith coalitions and community action groups are tools that metro dwellers use to leverage their power and claim some of the resources needed for families to enter the middle class. In Houston in 2006, for example, a month-long strike and nationwide expressions of solidarity from religious and community leaders helped 5,300 janitors win better wages and health insurance. This is not the type of innovation that Katz and Bradley have in mind. Houston’s janitors have no role in their revolution.

Unlike Katz and Bradley, labor and community organizers have emphasized creating growth that is sustainable and broadly shared. Community-labor coalitions have led the way in the regional development debate by demanding that projects that receive public support (through zoning variances, tax abatements and government subsidies) produce concrete public gains—in the form of living wage jobs or Community Benefit Agreements for those most affected by new developments.

Though Katz and Bradley do briefly acknowledge that “poverty and inequality are likely to act as a drag on economic growth,” the Metropolitan Revolution model avoids any serious discussion of sharing gains equitably, accepting growth itself as an adequate goal and implicitly endorsing the proverbial—and demonstrably inaccurate—view that a rising tide lifts all boats.

Katz and Bradley’s analysis of Denver provides a case in point. They showcase the Denver metro region’s success, beginning in the 1980s, in spurring economic development and building regional unity through a series of votes on infrastructure projects. This culminated in 2004, when, led by then-Denver mayor John Hickenlooper, the mayors of several towns throughout the metro region collaborated to persuade the region’s residents to approve FasTracks, a $4.2 billion regional transit system.

Katz and Bradley accurately describe the type of cross-county collaboration among elected officials needed for regional policy-making. But in their focus on Hickenlooper as the central protagonist in Greater Denver’s story, they gloss over important community-oriented developments that did not come from the mayor’s office. They ignore, for example, the extensive work done by the Front Range Economic Strategy Center (now called FRESC)—a group that the book does not even mention—to make economic justice an important part of the FasTracks build-out.

While the mayors of Denver and its surrounding suburbs figured out how to harmonize their various municipal codes and border issues to facilitate the creation of FasTracks, FRESC worked to help win explicit provisions for equity in the FasTracks expansion and site development at transit stops, including provisions for job quality and access, affordable housing and small business set-asides. In other metro areas, such as St. Paul, Minn., it has taken aggressive “transit justice” campaigns by community and labor groups to ensure that new transit lines serve low-income communities, rather than cut through impoverished neighborhoods with no stops.

We should insist that elected officials cooperate across county borders to develop metro infrastructure. And we should laud local charities for offering social service supports not provided by the state. But charity and paternalism are no substitute for empowerment.

The successes in Denver, Houston and other metropolitan regions—where grassroots groups have rewritten top-down blueprints into plans for broad prosperity—show that we not only need growth; we need growth that supports the expansion of the middle class. We not only need jobs; we need good jobs.

Networks of elites cannot succeed in lifting all boats without combating the persistent inequality in cities, which Katz and Bradley see no pressing need to address. Nor do they see how unions, transit ridership groups, tenants’ rights organizations, public school parents and low-wage service workers can be, and have been, a critical part of the solution. The result is a failure of imagination that leaves a vast swath of metropolitan populations invisible—and that conceals some of the most interesting and exciting organizing breakthroughs of the past two decades.

Amy Dean is a fellow of The Century Foundation and principal of ABD Ventures, LLC, an organizational development consulting firm that works to develop new and innovative organizing strategies for social change organizations. Dean is co-author, with David Reynolds, of A New New Deal: How Regional Activism Will Reshape the American Labor Movement. Dean has worked for nearly two decades at the cross section of labor and community based organizations linking policy and research with action and advocacy. You can follow Amy on twitter @amybdean, or she can be reached via www.amybdean.com.