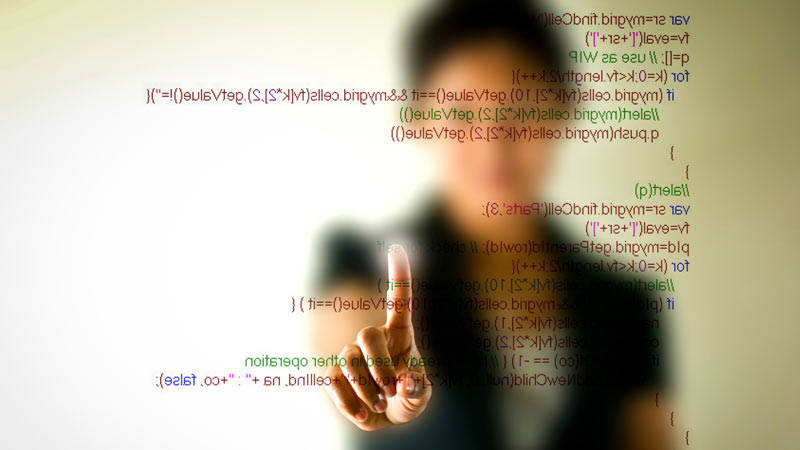 The Problem with ‘Brogrammers’

Why is Silicon Valley so stubbornly white and male?

It’s no secret that Silicon Valley has a problem with sexism and racism, but the revelation in October, as Twitter prepared for its initial public stock offering (IPO), that the company didn’t have a single woman or person of color on its board, rekindled a long-running debate on how to challenge these exclusions from the tech industry.

The debate had another twist earlier this year with the arrival of Facebook executive Sheryl Sandberg’s book Lean In: Women, Work and the Will to Lead, which calls on women to stop lowering their own career expectations. Some celebrated Sandberg’s book as a new feminist manifesto, while others panned it as placing all the onus on women. “At last, a feminism the patriarchy can get behind,” writes tech blogger Shanley Kane.

Sandberg’s call for individual women to “lean in” and work harder in the service of their employer also dovetails with tech’s disdain for collective action in the workplace, exemplified by Silicon Valley’s hostility toward the October BART strike. (One CEO of a San Francisco-based tech company suggested this solution to the strike: “Figure out how to automate [BART drivers’] jobs so this doesn’t happen again.”) Is the “tech feminism” embodied by a few white executives incompatible with a movement for workers’ rights in a sector that makes up a growing share of the economy?

In These Times talked about the ways that racism, sexism and classism are coded in the tech sector with Kat Calvin, founder of Blerdology, a network for African Americans in tech; Ashe Dryden, a tech diversity educator and consultant; Kate Losse, author of The Boy Kings, a memoir about working at Facebook; and Telle Whitney, president and CEO of the Anita Borg Institute for Women and Technology.

Your reactions to Twitter’s all-white male board?

Kate: Silicon Valley thinks that the gender/race composition of the board doesn’t matter until there is public attention. And that’s part of the problem. Tech won’t be a truly progressive industry until tech companies care about inclusivity from an early stage.

Ashe: Statistically, women tend not to get promoted much higher than mid-level management and are driven out of the industry at an earlier point in their careers, which makes it much harder for them to attain these types of positions. For instance, 56 percent of women leave tech within 10 years, which is twice the attrition rate of men.

Kat: I am so bored with these all-male companies who choose to ignore 52 percent of the population. Twitter is huge now, but it won’t be big forever. Women and people of color have the freedom and technology to build our own start-ups and come up with the next big idea. Let’s make sure the mechanisms are in place for the next big thing, and the 10 after that, to be built by a woman or minority, or both.

What are the most promising methods of increasing diversity in tech?

Telle: Understand your metrics. Provide micro-inequity training for all staff and managers; develop your talent, but in particular your women; ensure that you have a qualified female candidate for all open positions, but especially senior ones; and review your promotion process to look for unconscious biases in the systems.

Kat: We need to increase the number of Blacks in STEM [Science, Technology, Engineering and Math]. We need to make sure that everyone who wants to learn to code, design and build has access to the Internet, a mentor and examples of someone who looks like them.

Ashe: Most people are focusing on [getting women into the tech] pipeline, which I think is the wrong end of the problem. While we certainly need more women represented in tech, we are seeing so many forced to leave because of harassment, inequality in pay and outright discrimination. We need to be focused on making our businesses welcoming places for women so they have somewhere to go when they get here.

Kate: Many of the resources to become technical are readily available. Unfortunately, the social environment around technology can be discouraging or even hostile to people who don’t fit the techie stereotype.

What is “brogrammer” culture, and how does it play into exclusion from the tech industry?

Ashe: Brogrammer culture prioritizes hyper-masculinity, which will always push down those who don’t fit into that. Brogrammer culture encourages men to treat women as a winnable prize. However, I worry that focusing so much on the brogrammer stereotype means that people who don’t believe themselves to be brogrammers will not look at their own actions critically. Our culture has had these issues longer than brogrammers have been around.

Kate: Yes; six years ago the word “brogrammer” didn’t exist, but the same biases were in effect. Whatever it is called, tech culture needs to become conscious of how it is biased for a certain type of individual, and how the se biases subtly or directly work to exclude or drive away others.

Will getting more women into leadership positions change this culture, as Sheryl Sandberg suggests?

Ashe: It’s important to recognize here that the idea of “leaning in” may work well for some, but not the overall majority. Lean In has received quite a lot of criticism, and rightly so, for pushing forward a perspective that is white, upperclass, capitalist and friendly to a system that oppresses women on a regular basis. Stating that women can get along well within this system if only they’d play by the system’s rules further oppresses them.

Telle: I am baffled by the level of [negative] response to Sheryl’s Lean In book. One half of the coin is the systemwide issues, but there are few extremely successful women executives who are willing to discuss being a woman, and I applaud her willingness to go on the record. At the Anita Borg Institute, we look at both sides of the coin. We announced a partnership with the Lean In Foundation which provides structure for Lean In circles. The Lean In circles provide a recipe and support for meeting with peers.

What’s the importance of creating alternative networks and communities, such as Blerdology?

Kat: A “blerd” is a black nerd, and the term and community are important because, like women, Black Americans and other minority groups often feel isolated and out of place in the “brogrammer” world of tech and start-ups. Connecting with people with similar experiences is vitally important for the trailblazers who have to face sexism, racism, classism and many other “isms” to try to make it in their chosen fields. Technology can be the great equalizer, but only if we make sure that everyone has a place at the table.

What about the way the industry treats its service and other non-elite workers? Is it possible to fix tech’s diversity problems without addressing the hierarchy between the creative “geniuses” who get credit for driving it forward and the “unskilled” workers at its bottom rung?

Kate: The Valley’s focus on the “technical” has been gendered and raced. Tech companies contain many people who aren’t specifically working on technical things, and those roles are important too. But when the discourse centers only on the technical, it gets hard for companies and observers to see the value of non-technical work in a technical setting. In reality, these companies need many types of talents in order to excel.

Ashe: As long as we are dividing people into groups based on how we aren’t fairly paying them, there will always be this division. In every industry, women and people of color are much more likely to be in low-wage work. Tech compounds its problems with diversity by undervaluing the workers who aren’t in the creative “genius” division.

Final thoughts: What kind of feminist and anti-racist discourses do we need, in respect to an increasingly tech driven economy?

Kat: I’m more interested in action. We have the power to live our lives as we wish like never before. In a nation where the middle class is very quickly disappearing, it’s not just a challenge for women and minorities to get ahead, it’s getting hard for almost all of us. But technology makes all things possible. You can learn to code or design. You can get certified in dozens of fields and find or build online communities of people who are just like you. And you can even use platforms owned by white men to do it. Twitter may be run by the old boys’ club, but it has helped countless women, minorities and everyone else build businesses, make connections, and start revolutions, both figuratively and literally.