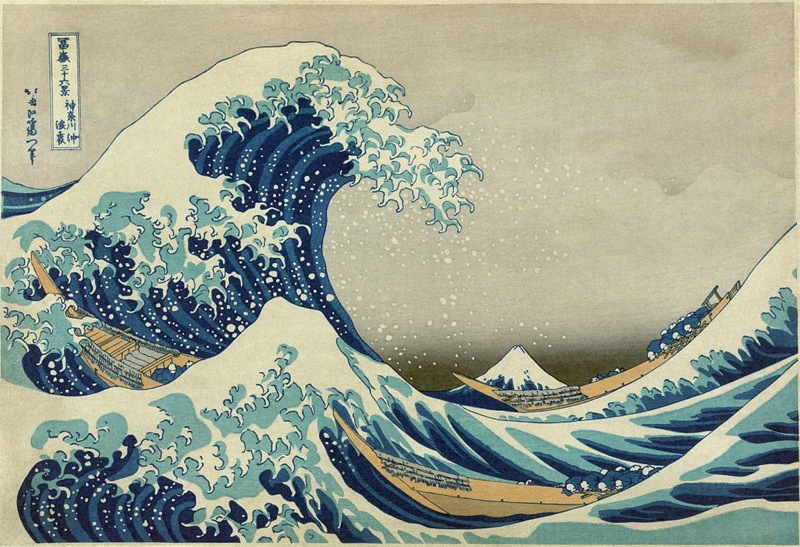 'Occupy troubled the waters of the status quo...' ('The Great Wave Off Kanagawa,' Hokusai, Wikimedia Commons)

Occupy Is Not the Only Movement

The strength of radical movements lies in their variety.

'We would be remiss to think of Occupy as the sole movement in the United States. To do so would be to eclipse all the work that is currently going on around the school to prison pipeline, immigration, women’s reproductive rights and LGBTQ struggles.'

For In These Times' December 2013 cover feature, “Generation Hopeless?”, the magazine asked a number of politically savvy people, younger and older, to respond to an essay by 22-year-old Occupy activist Matthew Richards in which he grapples with what the movement meant and whether Occupy’s unfulfilled promises are a lost cause or the seeds of the different world whose promise he glimpsed two years ago. Here is Biola Jeje's response:

When a strong wave hits land, the wave doesn’t necessarily disappear. The waves crash into the earth, erode some of what is there, and leave something behind for the next wave. Occupy was one of these waves. It came, it crashed, and then it left. Occupy wasn’t the revolution, it was a popular uprising that showed the rest of the world we could resist the way globalized capitalism disenfranchises people on their own soil.

I would challenge us to look past Occupy and see what is going on around us. Occupy may not be active, but movements that center on the experiences of people of color, women and immigrants are huge right now. We would be remiss to think of Occupy as the sole movement in the United States. To do so would be to eclipse all the work that is currently going on around the school-to-prison pipeline, immigration, women’s reproductive rights and LGBTQ struggles.

Texas State Sen. Wendy Davis stood for 13 hours to filibuster a bill that would severely limit a woman’s right to choose in the state of Texas, and then ran for governor. The Dreamers risked deportation by crossing the border into Mexico and then trying to get back in by crossing it again. The Dream Defenders, who occupied the Florida capitol for 30 days after the devastating Trayvon Martin, are now going after Stand Your Ground laws. This summer, students and labor groups faced down the CEO of Sallie Mae and demanded the company do something to alleviate the student loan crisis, and then forced Sallie Mae to reverse its decision to join ALEC. Finally, low-wage workers at fast food chains across the country are demanding $15 an hour and the right to unionize.

In addition to this, people deeply a part of American institutions are fighting back from within. Edward Snowden, the former NSA contractor who exposed the massive amounts of surveillance the United States is conducting, and Chelsea Manning, the soldier who leaked the largest set of classified documents ever, highlighting airstrikes and war logs.

Occupy troubled the waters of the status quo, allowing more people to see the conditions they are in as not due to their inability to pull themselves up by their nonexistent bootstraps, but because of the gross inequality caused by racism, sexism and corporate power. We mustn’t see it in a vacuum, but as part of larger movement for liberation for all. As long as we continue to trouble the waters, we aren’t a hopeless generation.