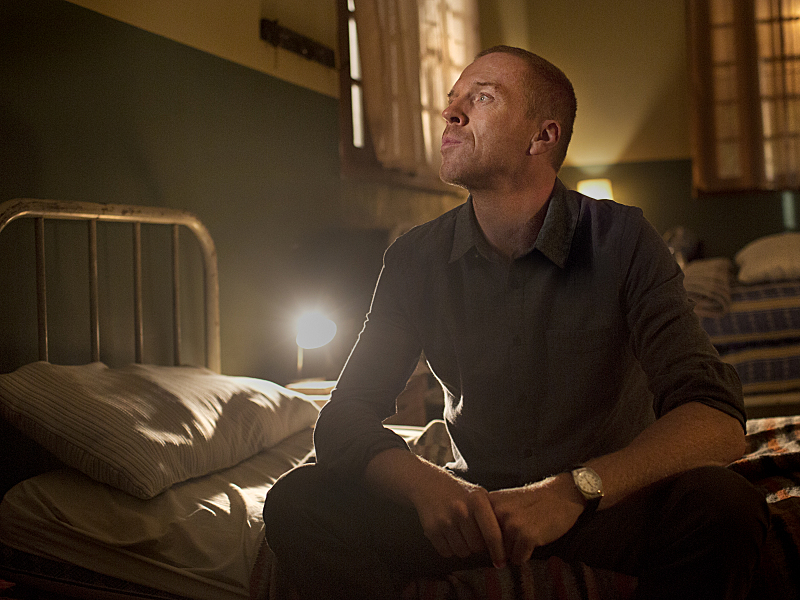 At the expense of more interesting (and diverse) characters, Homeland gives us another hour of Brody.

As the season’s many plot threads are tying up to focus on one core plot, Fara’s only role in that core plot apparently doesn’t require her presence. It only requires her ethnic identity.

Often, when I review Homeland, I find myself struggling to separate personal disappointment from critical insight. Though I’m certainly unhappy with the current direction of a show I used to love, I recognize that fans can be the least rational critics: For us, it’s not just a matter of not enjoying something. People who don't enjoy something simply walk away from it. Critics who don't enjoy something may still have to watch it, but we're paid to evaluate things with some level of rational, disinterested judgment, and it's relatively rare to find a critic who feels personally betrayed over having to file a negative review. For ex-fans, it’s personal: A matter of having an ideal, some strongly felt opinion on what the show could be or should be, that isn’t being met. The show has not just failed to entertain us. It has abandoned us, and we are angry.

So I often find myself wondering if I’m being too negative about Homeland. But when that happens, I think about Fara. And I’m pretty sure that I’m right to be let down.

It’s strange to dwell on Fara—the young Iranian-American CIA translations expert introduced at the beginning of this season—because for the most part, Homeland doesn’t. As a female character of color, Fara has been continuously cast aside for the concerns of the white, mostly male protagonists.  After being introduced in a scene that still feels nasty to think about—Saul Berenson shouting at her and accusing her of unprofessionalism for wearing her hijab to work—most of her key role in uncovering the embezzlement that allowed the CIA to flip Javadi was reduced to carrying out Saul’s orders. And now, in this episode, when Carrie is assigned the task of convincing Fara’s Iranian uncle to risk his own personal safety and provide a safe-house for Brody to hide out in, she simply shows him a photo of Fara rather than, say, directly enlisting Fara’s help.  Her uncle asks: “She still wears the hijab?” Apparently, even Fara's family members care more about her headwear than her personality.

As the season’s many plot threads are tying up to focus on one core plot (expressed in simple, straightforward suspense narratives: Get Brody into Iran without his being killed, get Brody to assassinate Akbadi without his being killed and, presumably, get Brody away from Akbadi’s corpse without his being killed) Fara’s only role in that core plot apparently doesn’t require her presence. It only requires her ethnic identity. She was introduced to us as a new character, with skills, a life story and presumably a unique perspective. But now, it turns out that Iranian-American Fara’s main function in the plot was “having relatives in Iran.”

That’s a mighty simplistic, offensive way to deploy your show’s big new character. And it’s worth considering, especially since this episode is largely devoted to making us contemplate—yet again—the endlessly fascinating and complex psyche of Nicholas Brody. Granted, we've been contemplating it for three seasons now, and granted, all of its complexities seem to come down to “feels conflicted about which country to kill people for; eventually picks America,” but here we are, drawing from the “conflicted Brody” well for another hour, because if something's worth doing, it's worth running into the ground.

Brody, having made it into Iran under Javadi’s protection, is now meant to carry out the assassination of Javadi’s boss, Akbari. But when the planned assassination goes south—Akbari absents himself from the scene at the last minute—Brody is left face-to-face with his terrorist mentor Abu Nazir’s widow, Nasreen. They have a touching and human conversation about losing their families, and Nasreen weeps before apparently fleeing to wherever women of color on Homeland go once they’re done assisting America’s Most Beloved Ginger. Meanwhile, Brody departs to start making anti-American propaganda videos for the Iranians, leaving us—and the U.S. government, who starts marshaling assassins for him just in case—to supposedly wonder whether he’s flipped yet again.

The problem is, Homeland is asking us to doubt Brody’s loyalties when it’s also quite transparently invested all its energies into making Brody a hero. Carrie, once again, phones in a few scenes while serving in her new role as Brody appendage—she refuses to be extracted from Iran before Brody, disobeys orders to inform him of the impending United States-sponsored attempt against his life and says things like, “we [the CIA]  do what we always do: what he’s doing,” with not a hint of irony— but for the most part, it’s the Damien Lewis Hour. And no matter how hard Lewis is working, or how much he’s leveraging his ability to gaze opaquely at his surroundings, we’re still being asked to doubt a character’s loyalty for the 247th time in a row, based on an emotional history with a character (Nasreen) who has never before played a meaningful part in the show.

Needless to say, this history feels painfully fake (because it is). And the emotional stakes, inasmuch as there are any, therefore come across as blatantly tacked-on. But this is the plot the show is rolling with, because it’s decided Brody is fascinating and complex—decided this, in fact, so firmly that it’s willing to drain existing complexity from major characters, like Carrie, and just not bother to write any complexity for the new ones, like Fara—and so, by God, every last one of us will be fascinated by Brody, or else.

And eventually, Brody—lo and behold—manages to pull off his shocking and totally unexpected assassination of Akbari. After fleeing his American assassins, he asks for a rendezvous with Akbari, promising that he has crucial information about Javadi. He then walks into Akbari’s office—alone, because hey, when a sweaty guy with doubtful loyalties and a history of lethal behavior wants to see you, why bother with basic security precautions? Just leave those half-dozen armed guards standing outside your office, it’s only polite—and tells Akbari everything about the CIA’s plan, shortly before conking him on the head and suffocating him to death. One imagines the “explicit and lengthy reveal of the plot against your life” bit was just added for Brody's personal enjoyment, because otherwise, it's another chance to rack up fake suspense. [ Suffocation completed, Brody realizes that he’s trapped in a locked office in the IRGC headquarters, surrounded by armed guards, and phones Carrie to get him out. Thus endeth the Homeland episode.

Part of me—the rational, disinterested critic part—wants to applaud Homeland’s turn toward narrative coherence. The early parts of this season were a mess of misery porn, cheap tricks and killer boyfriends, whereas the past two episodes have been comprised of simple, workable, well-put-together suspense narratives. But another part of me, a part that I don’t think is terribly misguided, resents spending one more hour parsing out the supposedly complicated motivations of Nicholas Brody. There’s a whole world in Homeland, filled with potentially interesting characters, and I think we’ve learned as much about Brody as we’ll ever need to know. Suspense doesn't work when you know how things are going to play out; I wish, dearly, that Homeland was still a show that put effort into surprising its viewers. Say, by pulling off an episode based on the inner life of Fara.