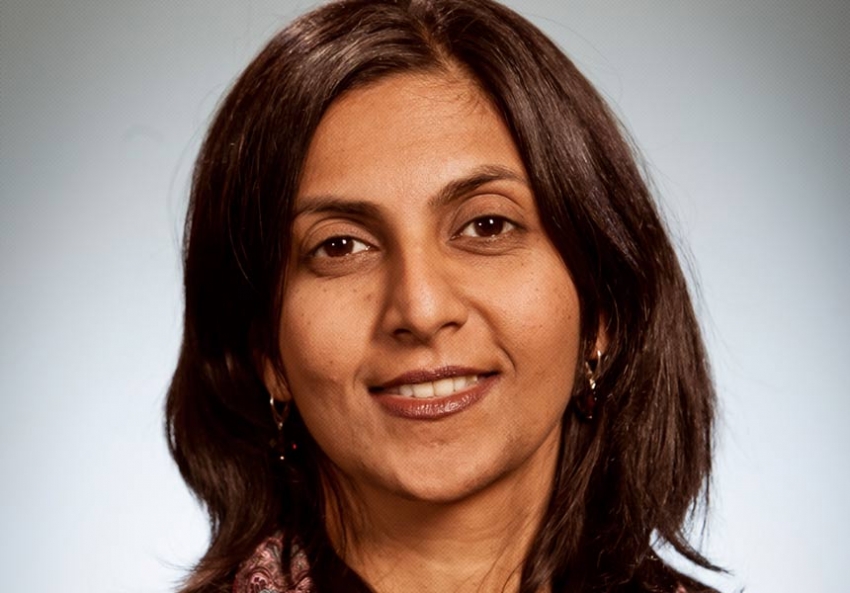 The socialist City Council member shares her plans for Seattle.

'As a member of Socialist Alternative, ultimately I see my role as being accountable to the people. Our City Council office represents the working class of Seattle.'

Seattle City Council member Kshama Sawant ended her inauguration speech on January 6 with an exhortation to the voters who had just elected her as the country’s only socialist politician: “To all those prepared to resist the agenda of big business—in Seattle and nationwide—I appeal to you: get organized.” If her election is going to catalyze bold reforms in Seattle, she has said repeatedly, it will require a strong movement behind her. And yesterday, she put her money where her mouth is by announcing that she would accept only $40,000 of her $117,000 salary and donate the rest to a fund to build social justice movements.

Running as a member of the Trotskyist party Socialist Alternative, Sawant was unusual among leftist candidates around the country for her audacity. She did not run as a “protest candidate,” simply raising issues about the bankruptcy of our political system, but rather as someone who believed she could win. Incredibly, in November 2013, she did.

Sawant faces a tough slog in implementing her progressive agenda, which includes a $15 minimum wage, rent control and an income tax on the wealthy to fund better public transit, among other goals. Business interests will fight any kind of minimum wage boost, as they did in the nearby town of SeaTac, where a corporate-backed lawsuit convinced a judge to partially overturn a $15 minimum wage passed by voters.

But Sawant seems confident that, with the help of mobilized supporters, her election can be a step toward better days for Seattle’s working class—and the country’s. Sawant spoke with In These Times by phone from her new office in Seattle’s City Hall.

Given the setback to SeaTac’s $15 minimum wage and the inevitability of business opposition, what are the chances of similar legislation actually passing in Seattle?

I don’t think that support for $15 an hour has been dimmed in the slightest. SeaTac voters are enormously energized and passed the initiative at the ballot. So people in Seattle are saying, “Hey, we need to do this here.” I think that rather than being timid and worrying about how we’re going to accomplish this [in the City Council], this is the time to be bold about the fact that this is a public mandate. I have no doubt that there will be opposition from big business. The question is: How can we build a public movement that would counter business opposition?

Some commentary in the wake of your election has emphasized a supposed need for you to “play nice” with the other members of the City Council: to tone down your rhetoric and reach out to Democrats. Do you think this is a concern?

There’s no question we’ll be interacting with other council members. But at the end of the day, it’s not so much about what an individual person in an elected position wants or does not want—it’s a question about what pressure they feel. Some will be feeling pressure from big business, so our job is to make the pressure felt from the other side, from the working people of Seattle who want that change. The outcome, I believe, depends on the balance of those political forces. Our task should not be to focus on compromise, but on how best we can strengthen our side.

In the past, you’ve said pushing the Democratic Party to the left is not enough, that there is a need to go beyond that. How will your City Council position build toward something bigger for the Left, whether in Seattle or nationally?

The election of an open socialist in a city council in a major city in the United States is absolutely phenomenal. But we should not make the mistake of thinking, “Well, you know, maybe there’s something unique about Seattle.” The conditions that made this campaign successful exist everywhere. Other cities are probably in worse shape. People don’t need to be convinced that their conditions are bad; they need to be convinced that there is an alternative. They need a shot in the arm. You do that by building small, successful campaigns that generate confidence. We have shown that it’s possible for the Left to bring people together to make concrete demands and start building a movement.

You were active in the Occupy movement, and your campaign emerged in part from the nationwide fast-food workers’ strikes. Now that you’re in office, how do you stay in touch with the grassroots movements that propelled you there?

I’ll give a concrete example: In order to move forward on the $15 minimum wage for Seattle workers, we have started 15Now.org, where anybody, in Seattle or elsewhere, can help out in any way they can. We’re also putting together a local 15 Now office. We have to draw the correct political lesson: Rather than having the illusion that somebody came from on high and did this for us, we should understand that everything that is happening now is a product of the fast-food workers nationwide and the grassroots movement that is pushing for this [higher minimum wage].

You don’t just identify as a socialist; you are a member of a specific party, the Socialist Alternative. What was the party’s role in your victory, and what role will it have in your day-to-day governance?

Our victory in Seattle didn’t happen automatically. The conditions were there, but it wasn’t assured. It required an organization like Socialist Alternative to have the political clarity and the audacity to grab at that chance. This campaign was carried out by Socialist Alternative collectively, along with hundreds of volunteers. As a member of Socialist Alternative, ultimately I see my role as being accountable to the people. Our City Council office represents the working class of Seattle. In order to achieve that, we will be in discussion with Socialist Alternative and other leftist, grassroots and community organizations that have, for decades, been building among communities of color and among immigrant communities. We want all of them to have a voice in this process because they’ve been shut out for too long.

So many veteran leftists have become disillusioned with disciplined political party structures. The Communist Party is the most famous example of an ossified leftist party, but other Marxist parties have followed its example, including some that have been critical of Stalinism. What is the best way to ensure that parties of the Left remain internally democratic?

While these things are of course important, our biggest task is not so much the internal debate but more the question of how do we become relevant to that larger working class, gain their confidence, and convince them that they should come out in struggle. And that won’t happen unless you have an extremely cohesive organization, and that means having some sort of organized structure.

You came from India to the United States not to agitate for the permanent revolution, but to work as a software engineer. What led you to socialism and Socialist Alternative?

I grew up in an apolitical family. My education was very math-oriented, and the people around me were not people who were experienced in politics or political theory or anything like that. But I had logical questions about why the system works this way. I was already drawing Marxist conclusions in my own head. Logically, I knew I was right—I just needed confirmation of it. I eventually found the correct organization [to do so]. I never joined nonprofits or charities or single-issue political organizations, even though I supported some of their causes, because I was convinced that my time would be best spent in a different sort of effort.  I mention that because I know a lot of young people who are driven by these questions look toward nonprofit organizations as an outlet for their passions about social justice. And though of course nonprofits do a lot of important work, if even the smallest fraction of the young people who are drawn to that type of work joined Marxist organizations instead, we could do a lot more. Because we need a “struggle for system change” approach—not a nonprofit-style “struggle for funding” approach. So I came to Seattle, heard a speech by a member of Socialist Alternative and, Boom! I knew that was what I was looking for. I have never looked back.