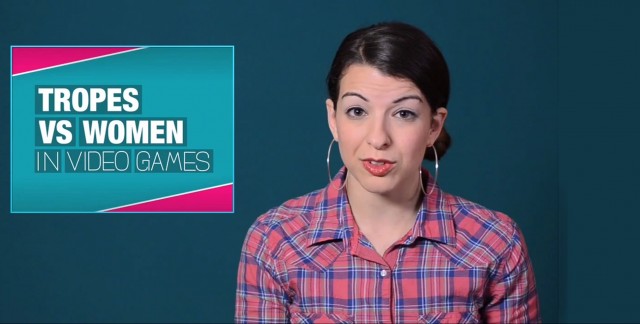 A brief history of online violence against women.

GamerGate’s biggest mistake—the reason it’s getting so much coverage, and so much corresponding pushback—is that its drive to wipe women off the face of the Internet has targeted folks with real power. When a feminist blogger gets hit with a flood of hateful e-mails, it’s business as usual, time to grow a thicker skin, an opportune moment to lecture everyone on not feeding the trolls. When an Adobe executive gets hit, it’s war.

Trigger warning: This article quotes threats of rape and violence.

GamerGate—a movement which claims to be about “ethics in video game journalism,” and which is, in practice, a movement devoted to harassing and terrorizing women—has been making waves lately, sparking high-profile coverage and countless thinkpieces. The basic details have been hashed and rehashed: Sometime game developer Eron Gjoni created a dedicated blog to punish his ex, game developer Zoe Quinn, for “cheating” on him. Gjoni has a pretty generous interpretation of the word: In addition to being perturbed that Quinn, yes, having sex with other people while dating Gjoni, he’s also aggrieved that Quinn was sexually active during a period in which the two weren’t dating. Since one of the men Quinn hooked up with during her relationship with Gjoni was video game reviewer Nathan Grayson of Kotaku, several men from the “women who have sex are evil” division of the Internet quickly decided that Quinn had traded sexual favors for a positive review of her game Depression Quest—despite Grayson never having reviewed the game. This quickly spiraled out into accusations that Quinn was trading sexual favors with the entire industry, thus explaining the otherwise unaccountable fact that she’s been relatively successful. I wish I were joking, but that’s the level of intellect we’re dealing with here: People who, when told a woman is good at her job, immediately conclude, “She hypnotized them with her boobs.”

And the joke’s not funny. The men who were convinced of Quinn's mesmeric powers launched a dedicated campaign to threaten not only Quinn, but any woman who defended her, with rape and death. Nude pictures of Quinn  accompanied the death threats. On 4chan, her opponents debated the finer points of harassment. One aspired to “push her… push her further….. further, until eventually she [commits suicide],” while another took a gentler approach: “I kind of want to just make her life irrepairably [sic] horrible.” Other women were drawn into the maelstrom. Developer Brianna Wu was driven from her home by GamerGate; after she made fun of the “movement” on Twitter, her home address was posted online, and her Twitter was flooded with alarmingly detailed threats like “I’ve got a K-bar and I’m coming to your house so I can shove it up your ugly feminist cunt.” Anita Sarkeesian of Fem Frequency criticized the movement, and was forced to cancel a public speaking engagement at the Utah State University; school officials had received letters promising “a massacre” if Sarkeesian was allowed to speak.

This is what’s being called “the future of culture wars.” But it’s not “the future” of anything. It’s just the past and present of being a woman online.

Let’s recap some Internet history, starting with the incidents from that opening quiz.

2007: Tech blogger Kathy Sierra shuts down her blog, “Creating Passionate Users,” and cancels her appearance at the OReilly ETech conference after receiving graphic death threats in response to her increasing popularity, including a picture of Sierra next to a noose. “I will never feel the same; I will never be the same,” she writes of the harassment. Campaigns to end writers’ careers are nothing new, either: 2007 was also the year that conservatives organized a campaign to get feminist bloggers Amanda Marcotte and Melissa McEwan fired from John Edwards’ presidential campaign, dredging up every vaguely unfavorable statement either one had ever made about religion, then twisting them wildly out of context to present the two women as anti-Catholic bigots. It worked: Both lost their jobs on the campaign.

2008: Anonymous mass harassment and threats have not always been aimed at specific women. Sometimes, they’re aimed at “feminism” as a whole. Jaclyn Friedman wrote in a 2008 Bitch magazine article about 4chan offshoot Anonymous’ dedicated attack on feminist bloggers, which took aim at both high-profile names and not-so-well-known folks, and which included comment-section spamming, DDOS attacks (“denial of service” attacks, various methods to force a site's host to shut it down or otherwise make it unavailable to users) , and e-mails like this one:

Heart, this is horrible. I'm sorry that this is happening to you. These people want nothing to do but to hurt you and your cause. I feel for you. In fact, I want to feel you now. I'd like to tie you down, take a knife, and slit your throat. I'd penetrate you over and over in all orifices, and create some of my own to stick myself in.

2009/2010: Anonymous’ attack on feminist women doesn’t stop there: In late 2009 and early 2010, when Julian Assange is accused of rape by two Swedish women, Anonymous promises to be his “loyal army.” That means taking to Twitter, YouTube and other sites to smear the women’s reputations, spread their names and contact information, and harass anyone who believes Assange should stand trial. Many feminists who stand up against the character assassination of the accusers receive round-the-clock rape threats and comments like, “If she says no one time, lifts skirt, removes panties, spreads legs, stays passive & silent it’s not rape.”

(That particular comment was addressed to me. And, due to my role in creating and leading the #MooreandMe hashtag protest—we aimed to raise consciousness of progressive media-makers' complicity in smearing the women, starting with Michael Moore, who had literally laughed off the idea that Assange could be guilty, and dismissed the charges as “hooey”—so were hundreds of others. One comment—anonymous, of course—promised someone would “be watching” me. This is my part of the story. But the story doesn’t end. Not here, not in 2010, seemingly not ever.)

2012: Feminist game critic Anita Sarkeesian is the subject of Benjamin Daniel’s “Beat Up Anita Sarkeesian” game, in which the click of a few buttons covered Sarkeesian’s face with bruises and blood. Yes, that’s the same Anita Sarkeesian. Yes, Daniel is a GamerGate supporter. Draw your own conclusions.

2014: In August of 2014, GamerGate proper begins with an obsessive, long-winded blog post by a resentful man from Quinn’s past. However, not only was Gjoni’s Gjeremiad not unique, it wasn’t even unique for that summer: On June 27, book blogger Ed Champion published a frankly terrifying 11,000-word post in which he revealed his obsessive hatred of Emily Gould, Rachel Fershleiser and several other female authors. He had apparently been tracking Gould’s social media presence for years. When Twitter reacted to his piece with the appropriate level of dismay, Champion publicly threatened to throw himself off a bridge, going so far as to Tweet photos of the bridge in question. Critics backed off out of concern for his mental health. By September, he was back at it, this time threatening to leak nude pictures of author Porochista Khakpour. These women’s “offenses,” if you can call them that (hint: you can’t) are spectacularly minor: Gould had once written an unflattering blog post about Champion. Khakpour had deleted one of his comments from her Facebook wall.

All of which goes to show that it’s not simply a “video games” problem. It’s a problem with being visibly female, and able to publish and promote your own voice, in a misogynist culture. And it's a problem with the fact that everyone, including virulent misogynists who believe women should be tormented into suicide for having sex or for breaking their favorite fan-toys, can make themselves heard, but the technology and laws to reliably protect yourself from their harassment does not exist, and the only other option is silence.

What I have outlined is not a total history of women being harassed and threatened online. It’s not even a sliver of it. These are a few, well-known instances of widely used tactics. The most honest way to sum up this history is to say that I can’t think of a feminist writer who hasn’t been stalked, threatened, harassed, made to fear for their safety or their employability, developed physical or mental health problems, become hyper-conscious or limited in what they could express online, or simply stopped publishing altogether because they could no longer justify putting themselves through this much pain for the movement or for any personal goals that writing or engaging online might plausibly help them to achieve. Their numbers are large, and get larger every year. Each of these incidents might be the worst period in an individual woman’s life. But they are all dwarfed by the totality of the damage: No matter how often we write about the attacks, or talk about them, or vow to rally the culture against them, they just keep coming. Not at the rate of once a year, or even once a summer, but constantly.

So what makes GamerGate such a big deal? What makes it new? It’s not the misogyny, nor the brutality: As ugly as the GamerGate threats are, their ugliness is familiar. What makes it different, I suspect, is that GamerGate is costing the wrong people money.