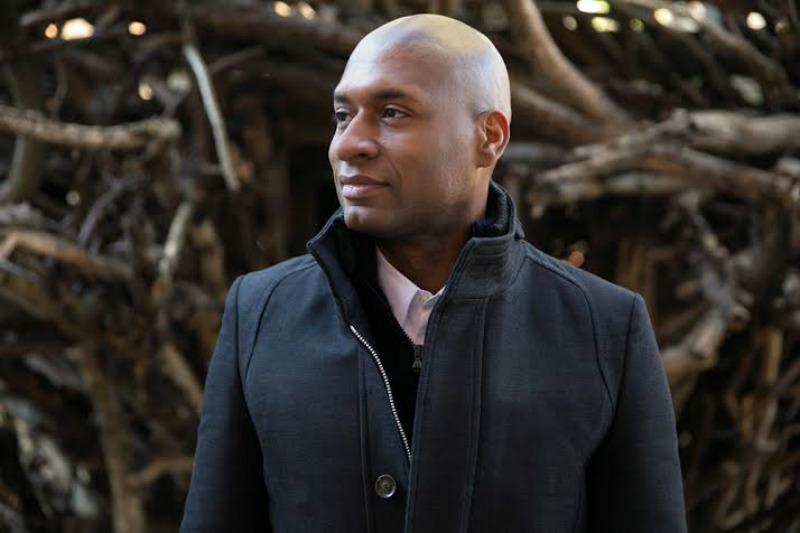 Blow's son, a biology major, was detained while walking home from the library by campus police because he supposedly fit the description of a burglar.

Charles Blow vented on Twitter when his son had a gun drawn on him by Yale Police.

Whether it's Tamir Rice, Michael Brown, Charles Blow's son or any other black kid, no amount of success can assure their safety.

This article originally appear on AlterNet.

Not even an award-winning columnist's son who studies at Yale University is innoculated from the barrel of a police officer's gun.

Saturday night, Charles Blow of the New York Times took to Twitter to share the fact that his son was held at gunpoint by a campus police officer searching for burglary suspect who “fit his description”:

So, my son, a 3rd year chem major at Yale was just accosted - at GUN POINT - by a Yale policeman bc he “fit the description” of a suspect…

He was let go when they realized he was a college student and not a criminal ( he was leaving the library!) He's shaken, but I'm fuming!

I'm still trying to calm myself down…

The police eventually caught the man they were looking for, but Blow later wrote that he was was still upset at how the officer treated his son:

Now, don’t get me wrong: If indeed my son matched the description of a suspect, I would have had no problem with him being questioned appropriately. School is his community, his home away from home, and he would have appreciated reasonable efforts to keep it safe. The stop is not the problem; the method of the stop is the problem.

Why was a gun drawn first? Why was he not immediately told why he was being detained? Why not ask for ID first?

Blow writes about racism regularly, so he wasn't shocked that the officers treated his son so harshly. He was more upset that his son could have been another black kid killed by cops simply for being black:

What if my son had panicked under the stress, having never had a gun pointed at him before, and made what the officer considered a “suspicious” movement? Had I come close to losing him? Triggers cannot be unpulled. Bullets cannot be called back.

Yale University has apologized and promised an investigation, but the damage has been done.

So often, people assume that if you do all of the right things—such as earn a college degree from a university like Yale, dress a certain way, use proper speech, hang with certain people, and have the right parents—you can avoid racism, police brutality and overreach. Blow's son was Exhibit A that such thinking is faulty. Whether it's Tamir Rice, Michael Brown, Blow's son or any other black kid, no amount of success can assure their safety.

“There is no amount of respectability that can bend a gun’s barrel,” Blow wrote. “All of our boys are bound together.”

Terrell Jermaine Starr is a senior editor at AlterNet.