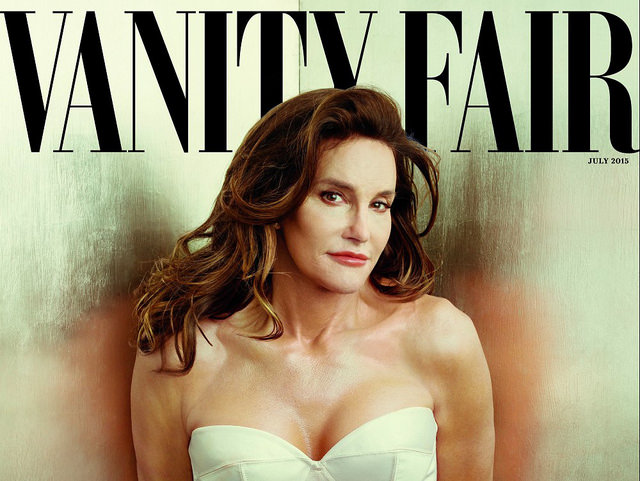 Jenner and Cyrus may be unlikely social justice ambassadors, but they’re being the best thing they can be: themselves.

Famous genderqueer and transgender people aren’t Official Representatives, and they shouldn’t be asked to serve in that capacity; the only thing they can be or should be is true to themselves. When they are, their visibility can enhance that of other, less fortunate, less powerful people who share their identity.

Social progress is a strange thing. It always happens. But it rarely happens when, how, or through whom you’d expect. Witness, for example, the increasing cultural acceptance of trans and genderqueer identities. It’s deeply necessary, it’s been a long time coming and it will save lives. And its most high-profile advocates at the moment are Caitlyn Jenner and, uh… Miley Cyrus.

First things first: It cannot be easy to be Caitlyn Jenner right now. The media has been refreshingly supportive of her transition; most people use the correct pronoun, most people use her chosen name. The outpouring of love for her has been both surprising and wonderful to see. But Jenner—Olympic gold medalist, “world’s greatest athlete,” Kardashian clan head, Kanye West mother-in-law—occupies a stunningly high level of media visibility, and is probably the most famous person ever to transition in the public eye. (Though she’s not the first: Against Me! frontwoman Laura Jane Grace and Cher’s son Chaz Bono were also public figures when they came out, though their “public” was a lot less public than Jenner’s.) Because of this, her body and the details of her transition are perceived to be public property, and anyone with an axe to grind about transgender women in general has felt free to use her as the grindstone.

Consider, for example, the stunningly cruel op-ed published in the New York Times by Elinor Burkett. Nominally spurred by Jenner’s offhand explanation that “my brain is much more female than it is male,” Burkett went on to routinely use incorrect male pronouns, insistently refer to Caitlyn as “Mr. Jenner,” and call her a traitor to feminism due to “Caitlyn Jenner’s idea of a woman: a cleavage-boosting corset, sultry poses, thick mascara and the prospect of regular ‘girls’ nights’ of banter about hair and makeup.”

The awfulness of this op-ed has been exhaustively parsed elsewhere. But the corset and poses, at least, would seem to have less to do with Caitlyn Jenner’s “idea of a woman” than Vanity Fair’s idea of a cover photo.

Now: The fact that high fashion ascribes to a reductive and exclusionary idea of what makes a woman worth looking at is, in fact, a problem. But it’s not Caitlyn Jenner’s problem. It didn’t start with her, it won’t end with her and I don’t expect her to add that fight to the ones she’s already fighting. Given that Jenner’s femininity has been under constant, cruel appraisal for years, and that plenty of people (Ms. Burkett included) are willing to deny that she’s a woman at all, I doubt anyone expected Caitlyn Jenner to fight the power by being the first woman to ever show up on the cover of Vanity Fair un-Photoshopped, un-makeupped, and wearing a t-shirt and cargo shorts.

But even if Caitlyn Jenner wants to wear a corset and mascara every day of her life, well, who cares?

The sample size here is too small to indicate anything beyond one woman’s taste. Jenner, Burkett argued, could not possibly have a legitimate claim to female identity, because “[the] drip, drip, drip of Ms. Jenner’s experience included a hefty dose of male privilege few women could possibly imagine.” Again: Caitlyn Jenner’s “experience” has included appearing on a Wheaties box, being filmed 24 hours a day, and watching her daughter marry Kanye West. Being seen as male for a large portion of her life is one of the least unusual experiences she’s had. Her life has not only been different from that of most women, it’s been different than that of most transgender women and most humans.

Caitlyn Jenner is one person. That her choices or statements are expected to be “representative” of anything other than 65-year-old retired-Olympian white Republican transgender grandmothers with popular reality TV shows speaks not so much to the universality of her experience as it does to the paucity of other representatives at her level of fame.

Which brings us to Miley Cyrus. Cyrus has been one of the most famous young people in the world for almost a decade, and who (without requesting any specific label or change in pronoun as yet) has made it clear in her most recent interview with Paper magazine that her gender is “fluid” and that her sexual identity is (a) definitely not straight (she’s had relationships with women, and came out to her family at the age of 14, at the height of the Hannah Montana craze), and (b) probably pansexual: “I don’t relate to being boy or girl, and I don’t have to have my partner relate to boy or girl,” she says.

“Pansexual,” by the way, refers to an attraction across the gender spectrum, including genderqueer or gender-fluid people, rather than solely being attracted men and/or women. Genderqueer means identifying outside of the male or female binary, and gender fluid usually means having a gender that can change—being a girl sometimes, a boy sometimes, or something else entirely on another day. The fact that Miley Cyrus’ declaration of sexual and gender identity involves identities so marginalized that they need to come with extensive definitions for the lay reader (though, again, she’s not the only non-binary person in the public eye; rapper Angel Haze and cabaret artist Justin Vivian Bond come to mind) is exactly why this is important.

I sincerely doubt the social-justice community was looking for a reason to rally around Miley Cyrus. Her love of scandalizing the norms (which, for the record, is one of the things to like about her—I always enjoyed the fact that she seemed to hold the same low opinion of Disney’s All-American purity-ring-wearing good-girl schtick that I did, and her relentless commitment to sabotaging her manufactured image could read, if you were so inclined, as sweet revenge) makes her unpredictable.

She’s been problematic, and she’s been hurtful: Her appropriation of black culture throughout 2013, for example, can’t be written off. If you had to elect someone who would reliably and respectably represent non-binary gender identities to the American public, Miley Cyrus would probably not get past the primary.

But there’s no election. There’s only the fact of who these people are—and the high media visibility of fame, which is seldom handed out on fair or progressive grounds. Famous genderqueer and transgender people aren’t Official Representatives, and they shouldn’t be asked to serve in that capacity; the only thing they can be or should be is true to themselves. When they are, their visibility can enhance that of other, less fortunate, less powerful people who share their identity.

Both Jenner and Cyrus have, in their ways, boosted that visibility: After Jenner’s Vanity Fair cover, a conversation about trans beauty standards turned into #MyVanityFairCover, in which Jenn Dolari and Crystal Frasier created a simple cover template and allowed trans folks to upload their own portraits to illustrate the diversity of trans identity. Cyrus, meanwhile, appears to have turned her powers toward the good, starting a foundation for at-risk, homeless and LGBTQ youth, and raising its profile by inviting transgender and queer musicians like Laura Jane Grace and Joan Jett to perform with her. In both cases, the conversation has turned outward from the particular celebrity in question, and toward the wide range of people and gender identities in the world.

We’re in an interesting time for gender—a time that, if cis people would look up and notice, stands to liberate us as well. This century’s icon of pure, sweet conservative girlhood wasn’t necessarily a girl, and the masculine-ideal-embodying “world’s greatest athlete” was never a man. If you have a problem with set gender roles and stereotypes, you now have two huge data points in your favor.

The idea of fixed genders with fixed qualities has never been more fragile. One only hopes that we don’t keep asking high-profile people who happen to be gender non-conforming to stand in for the whole of gender non-conformity. To do so is not only an unfair burden on those people; it also keeps us from looking around and appreciating the gender diversity in our lives.