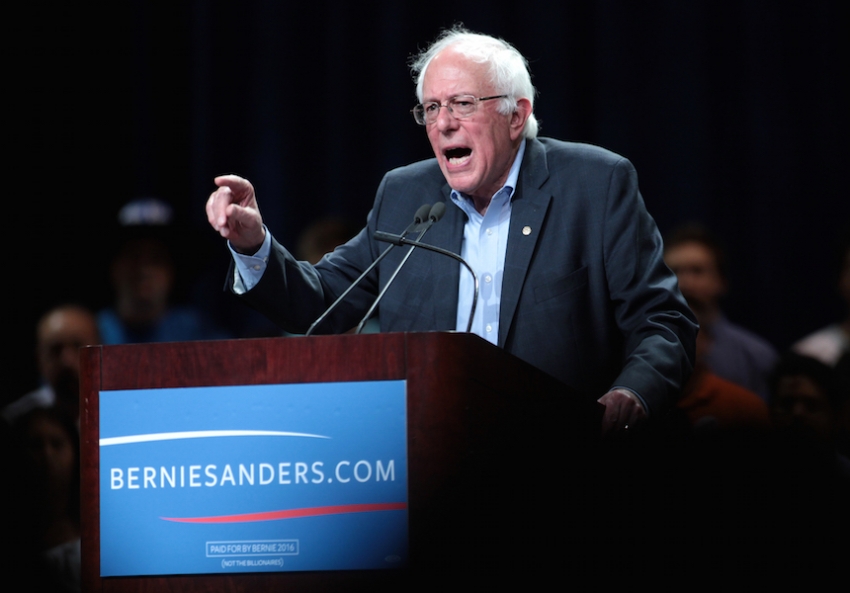 If the United States had ranked choice voting, a candidate like Bernie Sanders (or Ralph Nader for that matter) could run as an independent, giving voters the opportunity both to vote their conscience and to avoid wasting their vote on a spoiler. (Gage Skidmore / Flickr)

To address voter apathy, we need a new system

One way to increase turnout would be to switch to a voting system that actually encourages participation.

If you rank the 34 industrialized nations that are members of the OECD (Organization for Economic Co-operation and Development) by the percentage of the voting-age citizens who cast ballots in their latest national elections, the United States comes in fourth-to-last. In the 2012 general election, 47 percent of voting-age Americans stayed home.

One way to increase turnout would be to switch to a voting system that actually encourages participation, such as ranked choice voting (RCV). Instead of voting for a single candidate, voters rank as few or as many candidates on the ballot as they like. If no candidate immediately receives a majority, the candidate with the fewest votes is eliminated, and those voters who ranked that candidate number one have their vote instantly transferred to their second choice. This process is repeated until a candidate wins a majority.

RCV allows the voter to vote their conscience without worrying about being so-called spoilers. For example, if the U.S. president were elected through RCV, Bernie Sanders could run as an independent, and the white working-class Democrats, young folks and independents who make up his base could vote for him as their number one choice—and then list another candidate, such as Hillary Clinton, as their second, just in case Sanders didn’t win.

This November, voters in Maine will decide by public referendum if they want to switch to an RCV voting system for all state and congressional elections. If RCV had been in place in 2010 in Maine, it is unlikely that Republican Gov. Paul LePage would have been elected, since he won only 38 percent of the vote in a five-way race. LePage most recently made headlines when he blamed Maine’s drug epidemic on “guys with the name D-Money, Smoothie, Shifty.” He said: “They come from Connecticut and New York, they come up here, they sell their heroin, then they go back home. Incidentally, half the time they impregnate a young, white girl before they leave.”

Later this year, Rep. Don Beyer (DVa.) will introduce the Fair Representation Act, which would require that members of Congress be elected from multi-member districts through RCV.

Such a system would encourage the creation of third parties. For example, were this proportional representation voting system in place in Oklahoma, all candidates for the state’s five U.S. Hose seats would run in one statewide district.

That would give progressives in this reddest of the red states a reason to go to the polls in November, as it would guarantee at least one of Oklahoma’s five U.S. House seats would be won by a left-leaning Democrat—or even an independent socialist. After all, on March 1, democratic socialist Sanders won 52 percent of the Democratic vote in the state’s primary. No surprise there: Oklahoma has a storied socialist tradition. In the 1914 midterm election, one in five Okies voted for the Socialist Party.

For an ailing democracy, the only cure is more democracy.