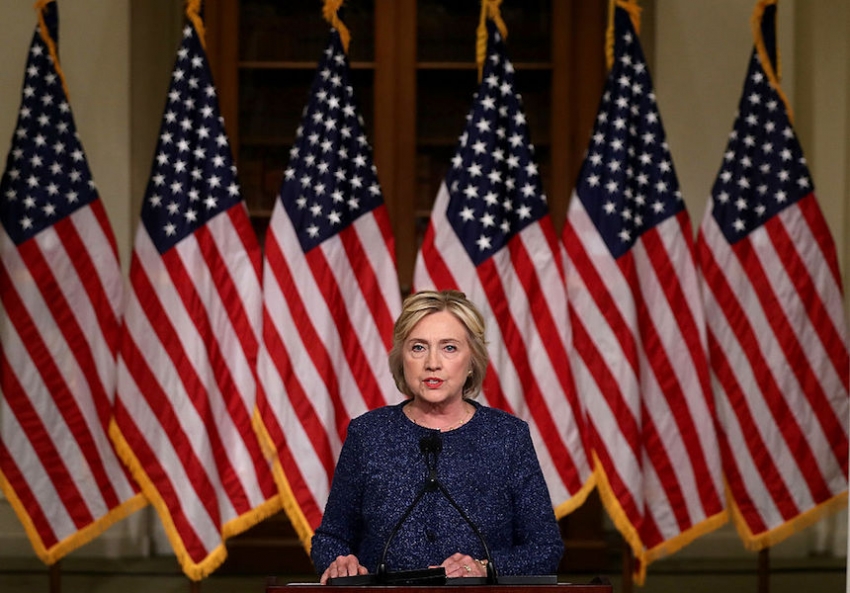 On the Clinton Foundation, Why Are Journalists Telling Us to Look the Other Way?

T﻿he issue here is not whether we can find a smoking gun establishing a quid pro quo exchange. Principled public officials avoid the mere “appearance of impropriety” lest they expose themselves to reasonable inferences of corruption.

It’s one thing for media pundits to stand tall and proud and support Hillary Clinton as the candidate best suited to be president. It’s another for journalists to supplicate themselves before the presumptive occupant of the world’s most powerful office in the hope that one day they might join Sidney Blumenthal (In These Times’ former Boston correspondent) as a palace favorite.

Unfortunately, as we head to Election Day, the ranks of the aspiring courtier press are full to bursting. Take the allegation that the vanity charity of America’s most prominent political family solicited money from the world’s rich and powerful, who in turn asked favors from that family. Here’s how three media mavens spun it:

T﻿he issue here is not whether we can find a smoking gun establishing a quid pro quo exchange. Smart operators (like Gulf State autocrats and their contacts in the State Department) don’t produce paper trails of receipts or memoranda confirming transactional corruption. For this reason, principled public officials avoid the mere “appearance of impropriety” lest they expose themselves to reasonable inferences of corruption. This is a tenet that any judge who has recused herself from a case understands—and with which any graduate of Yale Law School is familiar.

What clear-eyed observer would deny that the U.S. failure to strongly condemn Bahrain’s oppression of its Shia majority might somehow be related to the warm rapport between the Bahrainian monarchy and American elites—ties nurtured through many relationships, including, perhaps, through Crown Prince Salman’s contributions to the Clinton Global Initiative?

It’s an economy of power that is corrupt … and that corrupts. But systems can be changed. When In These Times was founded 40 years ago, we pledged to confront the “political taboo” of corporate capitalism.

In These Times’ final editorial of 1976, in the spirit of the Bicentennial, turned to John Adams, our 2nd president, who warned that concentrated wealth would transform the republic into an oligarchy. We wrote:

Adams also held that the legislative branch “should be in miniature an exact portrait of the people at large. It should think, feel, reason and act like them.” … Corporate power is accustomed to virtual monopoly in the market and over government. It is time to break up the corporate monopoly, not by anti-trust suits, but by beginning to retrieve the legislative branch to the people and making it the champion of the sovereignty of the people and their happiness, against the usurpations of oligarchic corporate power.

If our 45th president-to-be and her media courtiers don’t understand this, it’s our job to make them.