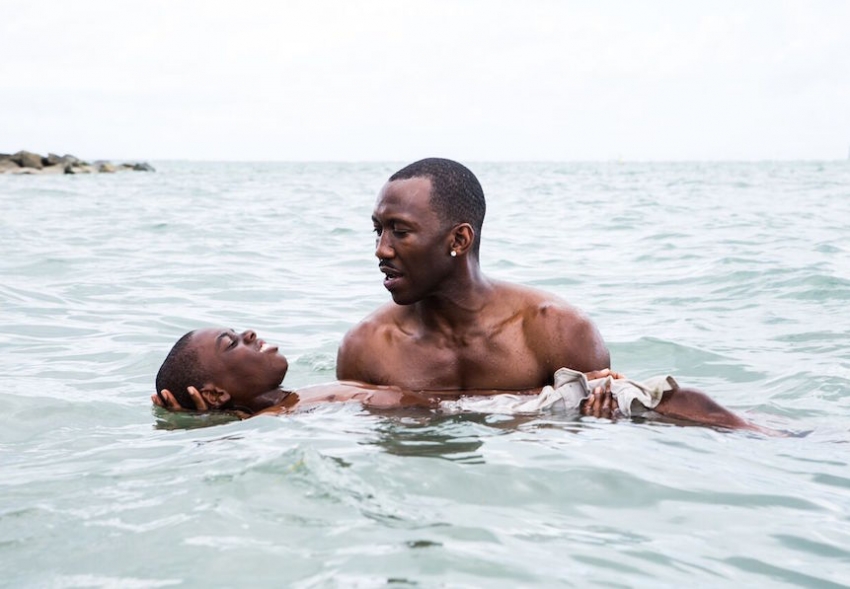 From the Iranian mystery Fireworks Wednesday to the German black comedy Toni Erdmann, this year’s stand-out films were far off the beaten path.

Colin Farrell plays a very uncertain man in a modern world where uncoupled people are essentially illegal—at a country hotel-cum-boot camp, he is tasked with finding a mate, or else be turned into an animal of his choice.

In the real world it was a year of plagues and poxes and comings of The Beast, but it was also a pretty crummy year for movies. Nobody could be blamed for forgetting whole swathes of the theatrical calendar, particularly the highest grossing products, of which nine out of the top ten were either animated children’s films or superhero sagas. (The tenth was the latest and entirely unnecessary Harry Potter addendum.) Who is likely to remember any of them in a few years time?

We don’t seem to be looking for cinematic electrification anymore—rather than searching out prime steaks and truffles, we binge-consume the bland carbs of TV, hour after repetitive hour, eating it like a bottomless bowl of popcorn. Certainly, the new movies that are most likely to shift your paradigms are generally a hell of a lot more challenging than any rhythmic ten-hour slab of Empire or The Walking Dead. My number one and two, Apichatpong Weerasethakul’s Cemetery of Splendour and Yorgos Lanthimos’ The Lobster are, in fact, almost inscrutable, and all the more fabulous for it.

Lanthimos’ comic-scary freakout (his first English-language film) is even stranger—Colin Farrell plays a very uncertain man in a modern world where uncoupled people are essentially illegal—at a country hotel-cum-boot camp, he is tasked with finding a mate, or else be turned into an animal of his choice. (The wooded landscape around them are filled with roaming camels, dogs, bunnies and flamingos.) The details of how this world works— how the system passive-aggressively suppresses the individual in the name of the social bonds of couplehood—are insidious and hilarious, as are the machinations of the rebel faction living in the forest (who outlaw love altogether). Beautifully shot and acted with a dry awkwardness by a wondrous cast (including Rachel Weisz, Lea Seydoux, John C. Reilly and Ben Whishaw), the film is made up almost entirely of metaphors so fecund it’s hard to keep up with their resonances.

Number three, Kenneth Lonergan’s Manchester by the Sea, is no mystery—just a measure-by-measure scorch of emotional warfare, centered on hollowed-out blue collar schlub Casey Affleck, whose life of hermetically sealed grief is unpacked for us as he is forced, after his brother’s death, to take custody of his wily teenage nephew (Lucas Hedges). Lonergan is a powerhouse engineer of explosive dramatic combat, and here Affleck, Hedges and Michelle Williams are so trauma-toxic and real you hold your breath like you would at an outburst during a real funeral.

Intergender combat was a go-to topic in 2016. Maren Ade’s Toni Erdmann (#4), another kind of bewildering family meltdown (in this case, a face-off between a corporate daughter and her prank-dolt of a father) is nearly as terrific as its titanic fest hype suggested. Number five is Lucile Hadzihalilovic’s Evolution, a barely seen French parable about puberty and gender and power that reaches queasy new heights in body-horror symbolism. Number six, José Luis Guerin’s The Academy of Muses is a spry Spanish gabfest pitting academic ideas about love and beauty against 21st-century feminism, while Asghar Farhadi’s Fireworks Wednesday (#7) is the latest in that Iranian master’s series of deep-dish mystery-dramas exploring the tangles of Sharia-law society.

Out of nowhere, Kirsten Johnson’s Cameraperson (#8) is a bewitching doc-“memoir” comprised entirely of incidental footage Johnson shot working on dozens of other peoples’ movies. Just as charming, if in the end appalling, Todd Solondz’s Wiener-Dog (#9) is a self-interrogating black farce impishly following a dachshund from one set of dysfunctional human hands to another. Finally, there’s Barry Jenkins’ Moonlight, a dazzling triptych indie following the maturation of a bullied gay Miami kid (played at three ages by three actors) that is for many the film of the year, but which turned out for me to be intensely lovely but on the thin side. Or maybe the hype did it in.