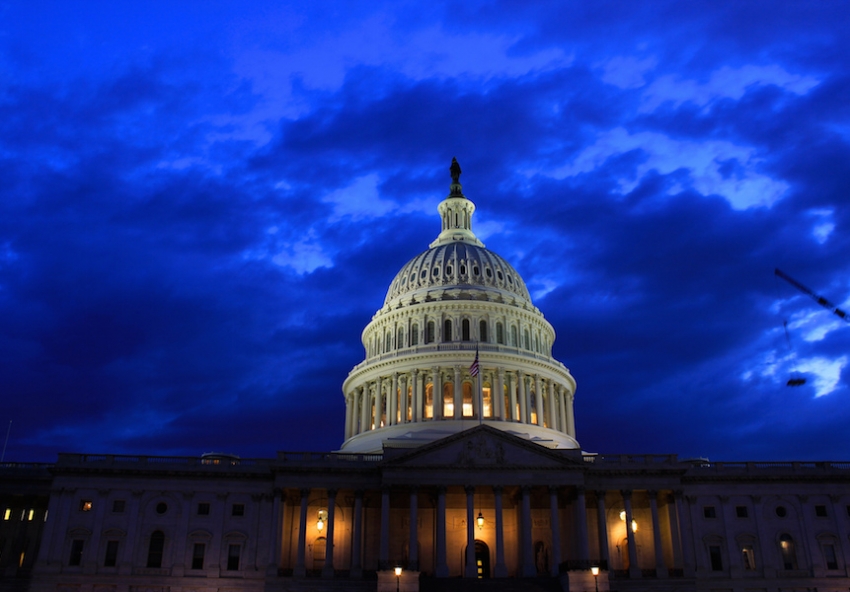 We must change how we elect members of Congress. (Daniel Huizinga / Flickr)

Voting Doesn’t Have To Be Winner-Take-All

To get people engaged in politics, we need an electoral system based on proportional representation.

While the majority would elect most of the seats, voters outside the majority could elect at least one representative who shares their interests—including every Latino voter in Texas, every Republican in Massachusetts and every Democrat in rural America.

Thanks, in part, to a flawed candidate with a flawed campaign, all three branches of the federal government are in the hands of the far Right. At a state and local level, the Left has been consistently out-organized by school-privatizers, granny-starvers and water-poisoners. There can be no electoral substitute for the challenging work of organizing grassroots opposition to these reactionary ideologues. But reforming the mechanics of American elections is a necessary, albeit insufficient, element of a left resurgence.

Nonvoters consistently give two reasons for not voting: They are “too busy” or “not interested.” The Pew Research Center reports that nonvoters are also more likely than voters to think “issues in D.C. don’t affect me” and “voting doesn’t change things,” beliefs that reflect their alienation from our nation’s political life.

One way to counteract such disaffection is to give people a chance to vote with enthusiasm, to believe that when they vote for a member of Congress, they will be helping elect someone who will represent their interests rather than those of corporate Democrats or right-wing Republicans. To make that happen, we must change our winner-take-all voting system, which is the foundation of our two-party system, and replace it with proportional representation.

On Nov. 8, 2016, Mainers took what could be a step in that direction when they voted 52 to 48 percent in support of a ballot measure that instituted a ranked choice voting (RCV) system for statewide and U.S. congressional races.

RCV is easy for voters: You rank the candidates in order of choice, knowing that your backups will only count if your first choice is in last place and defeated. That means more votes count and there are no more “spoilers.”

To that end, FairVote, a nonpartisan election reform group, has drafted the Fair Representation Act, which, if passed by Congress, would implement a system of proportional representation for all U.S. House races. It would replace our winner-take-all, single-winner congressional districts with fewer, multi-winner districts. In these new districts, three, four or five winners would be selected by RCV. While the majority would elect most of the seats, voters outside the majority could elect at least one representative who shares their interests—including every Latino voter in Texas, every Republican in Massachusetts and every Democrat in rural America.

Gerrymandered district lines would not determine who wins the election: Voters would.

“We’ve seen an explosion of people who want to build on what Maine did in adopting ranked choice voting,” says Rob Richie, the executive director of FairVote. “People are having big meetups and strategy sessions about next steps. I expect we’ll see new waves of local and state ballot measures and legislative action.”

Rep. Don Beyer (D-Va.) plans to introduce the Fair Representation Act in Congress. It’s a reform whose time has come.