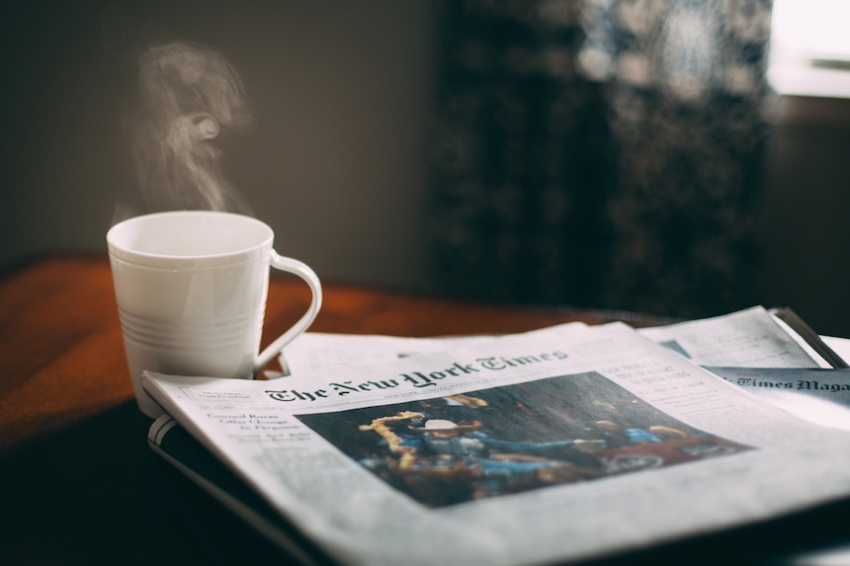 News publications like the New York Times fail to offer readers a full understanding of the budget. (Patrick / Flickr)

Numbers without any context only serve to mislead the reader.

The media could do a much better job of informing the public about spending if they made a point of putting these figures in context.

This piece was originally published at the Center for Economic and Policy Research.

Paul Krugman criticized the Trump administration for its budget, which would cut or eliminate many programs that benefit low- and moderate-income people. In his piece, Krugman points out that the public is incredibly ignorant on the budget, with most people having virtually no idea of where most spending goes.

In particular, he referenced an analysis that found people on average believed we spend more than 30 percent of the budget on foreign aid. The actual figure is less than one percent.

This is the sort of item that inevitably leads people to deplore the ignorance of the masses. While ignorance is deplorable, instead of blaming the masses, we might more appropriately look at the elites.

The overwhelming majority of people are never going to look at a budget document. Insofar as they get any information on the budget, it is from reporters who tell them how much we spend in various areas of the budget. (They may get this information indirectly from their friends who read the newspaper or listen to news.)

When they hear about spending, they will invariably hear things like we spend $40 billion a year on foreign aid or $17.3 billion on Temporary Assistance for Needy Families (TANF). Most people will think these figures are large sums, since they dwarf the sums that people see in their daily lives. In fact, the former is less than one percent of the $4.1 trillion that we will spend in 2017, while the latter is just over 0.4 percent of total spending.

The media could do a much better job of informing the public about spending (i.e. by doing their job) if they made a point of putting these figures in context. As it is, giving people these really huge numbers without context is essentially telling them nothing. As an alternative, they could make a point of always referring to these numbers as a share of the budget and/or expressing them on a per person basis (e.g. the spending on TANF comes to a bit more than $50 per person per year from every person in the country).

I have harangued reporters on this point for decades. No reporter has ever tried to argue that any significant share of their audience had any idea of what these large budget numbers mean. Yet, the practice persists.

I thought I had scored a big victory in this effort a few years back when Margaret Sullivan, who was then public editor of the New York Times, wrote a strong piece completely agreeing with the need to express budget numbers in context. She got David Leonhardt, the NYT's Washington editor at the time, to agree as well.

This seemed to indicate that the paper would change its policy on budget reporting. Given the enormous importance of the NYT, as the nation's preeminent newspaper, such a change would have a substantial impact on reporting elsewhere. This was a huge deal, which I celebrated at the time.

But no, the NYT did not change its practice. It continued to report really big numbers, without any context, which everyone knows are meaningless to the vast majority of even its well-educated readership.

Okay, so the masses are ignorant about the budget. I and other economist nerd types would like the public to have more knowledge about our area of expertise. But the child care worker who spent her day dealing with out-of-control three-year-olds, or the bus driver who was tied up in traffic for eight hours, is not going to come home and start looking at budget documents from the Congressional Budget Office.

At most, these people will spend a few minutes reading the article about the budget in their local paper or listening to a short story on the evening news. If these sources just give them really big numbers, without any context, how is the public supposed to know about the budget?

Look, I understand that we have racists who want to believe that all their tax dollars are going to good for nothing dark-skinned people and that many of them would believe this regardless of what facts they are presented with. However, we have plenty of non-racists who also believe something like this because they hear that we spend really big numbers on TANF, food stamps, and other programs that help low-income people.

We can point fingers at the racists and denounce their racism and stupidity if that makes us feel good. But a more productive path would be to change what we should be able to change. We should be able to get reporters to do their jobs and report budget numbers in a way that mean something to their audience. What's the problem here?