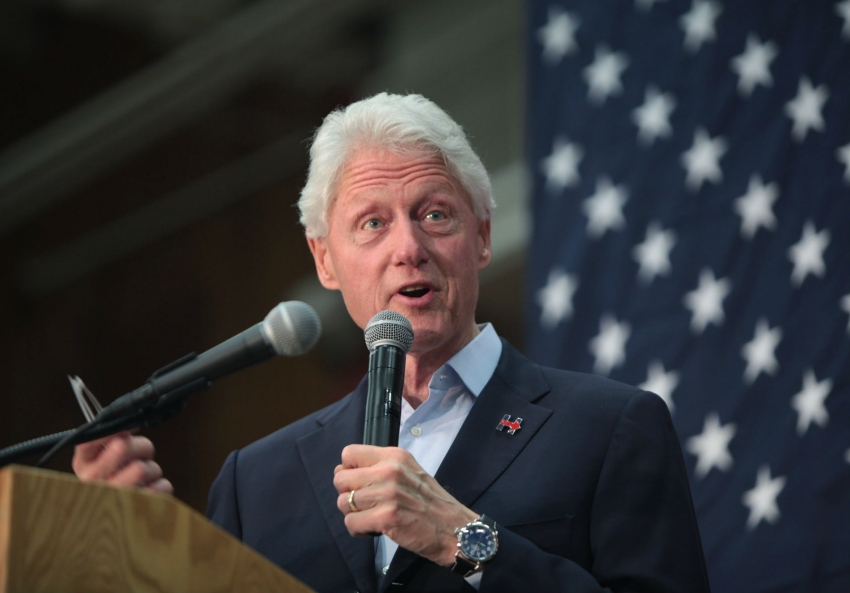 Why welfare activists are throwing their weight behind the RISE Out of Poverty Act.

Welfare reform briefly became a hot topic on the campaign trail last year when Hillary Clinton was criticized for supporting the 1996 Personal Responsibility and Work Opportunity Reconciliation Act, signed into law with great fanfare by her husband, President Bill Clinton, who famously declared that the law would “end welfare as we know it.” The law did precisely that, turning the Aid to Families with Dependent Children program into the Temporary Assistance for Needy Families (TANF) block grant, which came along with stringent requirements for the people, most of them women, who received it. Since that time, extreme poverty has spiked in the United States, and the share of single mothers with no income or benefits has soared. But welfare rights activists never stopped fighting for their rights, and many are backing a bill being reintroduced by Congresswoman Gwen Moore of Wisconsin, the RISE Out of Poverty Act. I spoke with several supporters of the Act at the People's Summit in Chicago.

I spoke with Annie Chambers, co-founder of the National Welfare Rights Organization.

Annie Chambers: We are really trying to get [the RISE Out of Poverty Act] passed, and we are also trying to make people aware of it. In the last 15 years, or more, nobody has really addressed the plight of the poor. They change around fancy words for poor people, they say “low-income.”

The Fight for $15 is a small [step] I would consider for someone to have money so at least they can pay their rent and have somewhere to live and eat. We are fighting [so] that these things get passed, but also to bring forth the plight of the poor. We have more poor people right here in America than ever. I work with whole families—mothers, fathers, and children—that live under the bridge. I work with a prison system that turns people out on the street with nowhere to go and gives them a tent to live in. You hook up your tent, they take it away, throw it out. It is terrible now. We have to come forth as the poor and say, “We will not take it anymore.”

Sarah Jaffe: This election, there was actually some attention to what welfare reform did to poor women and children because of Hillary Clinton, but it kind of slipped off.

Annie: Welfare reform did nothing for poor women. But it did a lot of things to poor people. That is why we have more families out on the street. It is because of welfare reform. I will just come out and say it: We didn’t forget that. So, we didn’t vote for Hillary. We did support Bernie Sanders, but we did not vote for Hillary and we weren’t going to vote for Hillary. I was saying to people, “No vote is definitely a vote for Donald Trump.” But people just couldn’t see themselves voting for Hillary, because we had suffered and welfare reform has really made it harder for us.

Sarah: I was talking to some people recently about the history of the Welfare Rights movement and how that gets lost, but how it is a history we really need to remember right now.

Annie: Yes, I am one of the eight women who started the National Welfare Rights Organization, along with George Wiley who was our director and president.  These are the things that we are fighting for: healthcare for people  and a home. If you don’t have anywhere to live, you don’t have a home that is a stable place, you can’t get education, you can’t look for a job, you can’t raise your children. And they are snatching the children because the parents lose their jobs or lose their house, and instead of trying to assist, they put them in the system. That is what is happening all over this country. We have to fight. These are the sort of things we are fighting against.

I also spoke with Rachel West of the U.S. Prostitutes Collective, who is also organizing around the RISE out of Poverty Act.

Rachel West: We are supporting this initiative because, when welfare reform was brought in, millions of women were literally thrown into the street with no income, nothing. How were women supposed to support their kids when that happened? Well, it is even documented now that women went into prostitution. A lot of women had to feed their kids. Women went into shoplifting, selling drugs. They did whatever they could to survive. Into so-called “crimes of poverty.” Then, what happened was a lot of women ended up going to prison. There is a direct connection between welfare reform and women going to prison for crimes of poverty.

It was all tied up with the war on drugs, too. When you came out of prison, if you had a drug felony, then because of welfare reform, you were banned from getting any welfare. When you most needed it, coming out of prison trying to get your life together and get your kids, you [were denied] access to housing or welfare thanks to Clinton’s welfare reform.

It was just punitive sanctions against women. If you didn’t have childcare, you got sanctioned. It was a very punitive system and this [act] is going to address the worst parts of that very bad welfare system that we have now.

I was talking to a couple of welfare mothers recently. It is such a brutal system they have now. It is just really horrendous. They have to go to work to these really terrible jobs that nobody wants. They put the welfare mothers there all day. They have to leave their kids in childcare or, if they don’t have any childcare, leave their kids. Then, after a brutal working day in the worst jobs, even if they get a job they want to stay in, they are not allowed to, because [officials] decide what kind of jobs you are going to be in. Then, you have to go home and get your kids. And then you have to do extra free work on the computer.

I also spoke with Pat Gowens, an organizer with the Welfare Warriors in Milwaukee, Wisconsin.

Pat Gowens: There are always a lot of threats against the poor. Last year, we had a huge reduction in food stamps because single people could no longer get food stamps except three months out of every three years. So, poor single people only get to eat three months out of every three years. [Laughs] Then, you have to work off the food stamps, otherwise. You have to do twenty hours of work a week of any work. Classes, job search, whatever. Even if you are only getting $30 in food stamps, you still have to do 20 hours of these mandatory activities.

People believe that the TANF bill, when it was passed in 1996, actually forced women to get a job to get their check. They always imply that you are getting a paid job—like you go to McDonald’s and you still get a check. It doesn’t work that way. If you get a job at McDonald’s, they terminate your money. If you can’t, they make you work 30 hours for no pay—usually 20 hours in the unwaged workforce and 10 hours in job search. Think of how backwards that is. If you are looking for a job, do you want to look only ten hours a week or perhaps thirty hours a week?