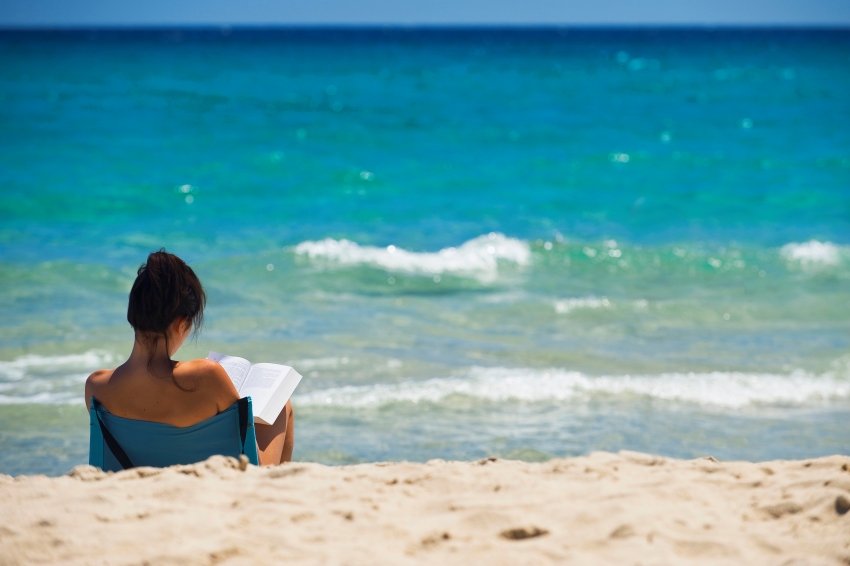 Relax with some must-reads on the plight of the working class. (Photo by: Enrico Spanu/REDA&CO/UIG via Getty Images)

4 Radical Books to Read on the Beach This Labor Day

Looking for a beach read this Labor Day? In These Times has you covered.

1. Against the Grain: A Deep History of the Earliest States by James C. Scott (Yale University Press)

Civilization isn’t all it’s cracked up to be. Yale University anthropologist James C. Scott argues that the agricultural revolution spread less through its merits than by force. We ended up with sliced bread and indoor plumbing, sure, but also disease, drudgery and the wide-scale domestication of labor, human and nonhuman. The '70s weren’t just about disco. Lane Windham chronicles the diverse working-class movement that took root as workplaces opened to millions of women and people of color—from the shipbuilders who organized the largest union election the South had ever seen, to the D.C. department store workers who furtively signed union cards in the women’s room. It’s an old and agonizing debate on the Left: Are class fundamentalists sidelining race and gender? Or are liberal identity politics the problem? David Roediger, a Marxist historian, critical race theorist and In These Times alum, wades into the fray with refreshing nuance and generosity. 4. The Radium Girls by Kate Moore (Simon and Schuster)

Kate Moore has managed to give us a labor history that’s also a potboiler. It’s a tale of villains—the company owners and the doctors they buy off—and heroines, the (literally) glowing factory girls of the 1920s and 1930s who painted radium dials on clocks and watches, with tragic consequences. From Victories to Union Militancy, 5 Reasons for Workers to Celebrate This Labor Day