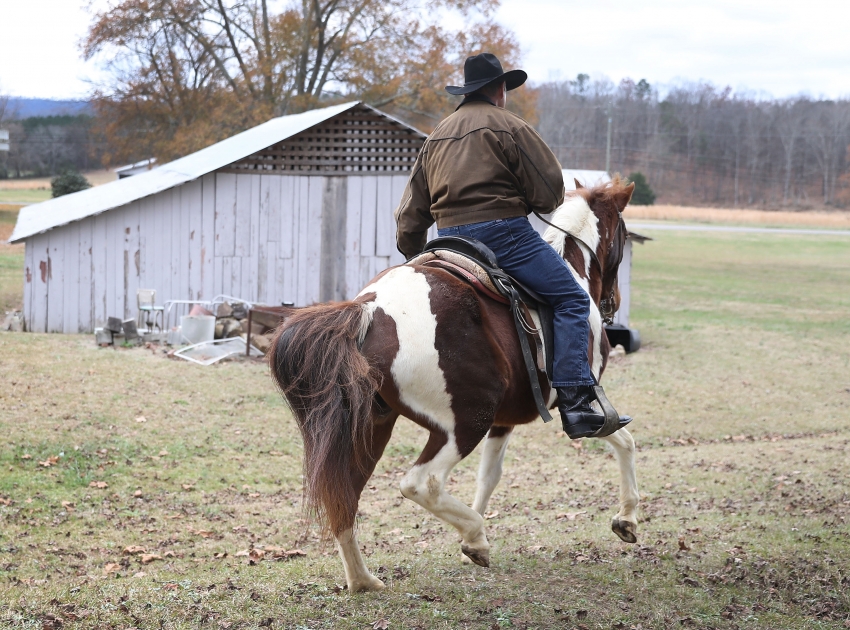 Accused child-molester Roy Moore lost his Senate election, and will now ride off into the sunset. (Photo by Joe Raedle/Getty Images)

The upset win by Doug Jones in Alabama shows the Republicans have nothing to offer and everything to lose.

One consequence of the election results in Alabama is that the hostility between the establishment and the populist elements of the GOP coalition will rise to a new, potentially unsustainable level.

The bargain since Ronald Reagan’s presidency has been that the wealthy get their tax breaks, their shills in Congress and the hyper-concentration of wealth and power. The less fortunate group gets candidates who align with their right-wing views on guns, abortion, same-sex marriage and other social issues. In Alabama, that candidate took the hideous form of Roy Moore—an accused child molester, endorsed by the Klan, who believes that homosexuality should be criminalized, has said that America was last “great” when we had slavery (because at least families were together) and questions whether Muslims can hold public office.

The result of this bargain is a party whose social and economic policies are almost comically unpopular—its current tax bill, for example, has an approval rating in the 20s. Yet the GOP manages to control every branch of the federal government through a blend of gerrymandering, voter suppression, campaign cash and the rural biases built into our political system. Donald Trump is the perfect symbol of the party—a billionaire posing as the champion of the forgotten people who, having lost the popular election by 3 million votes, has an approval rating sitting in the 30s.

One consequence of the election results in Alabama is that the hostility between the establishment and the populist elements of the GOP coalition will rise to a new, potentially unsustainable level. Jones won in a state that went for Trump by 28 points in 2016 and, until last night’s victory by Jones, hadn’t elected a Democrat to the Senate in 25 years.

On Monday, Stephen Bannon—former Trump chief strategist and the media mogul behind the right-wing website Breitbart—called out several Republicans for declining to support Moore. Sen. Richard Shelby (R-Ala.) and Sen. Bob Corker (R-Tenn.), who each publicly criticized Moore over his sexual abuse allegations, “should know better,” Bannon said, noting that there is “a special place in hell” reserved for them. On Tuesday night, with election returns coming in and the outcome of the race still unclear, Breitbart posted several conspiracy-tinged stories about the GOP establishment’s plans to silence Moore, should he win.

Bannon’s own headache is that his first great experiment in fomenting the culture wars, by recruiting and supporting far-right bigots like Moore, has just flamed out spectacularly. It’s hard to maintain credibility as a populist hero when you can’t gin up popular support. If he barrels ahead with his grand plan to primary Republican candidates in next year’s midterm elections, we could see a repeat of Moore and Bannon’s failure on a national scale.

The headache for the GOP, broadly, is the party’s moral hollowness and ideological bankruptcy. Republicans essentially have nothing to offer anyone who isn’t wealthy or a far-right ideologue. With the knives out and Bannon and the establishment at war over the future of the party, that’s becoming harder to disguise.

In Alabama, for example, one-party Republican rule is a long, sorry tale of economic stagnation. The state’s per household income is about $11,000 below the national median, and 17 percent of residents live in poverty. That’s the fifth-highest rate in the nation, according to a recent report in the New York Times.

Maybe the greatest lesson of the Alabama election is that Democrats can compete and win when their voting base has good reasons to turn out. Jones won largely because of an unexpected boost from the state’s black residents, and black women in particular—traditionally the core constituency of the Democratic Party. Despite the state’s harsh voter ID laws, 96 percent of African-American voters went for Jones, and they accounted for 30 percent of the electorate—far exceeding expectations.

Trump and the GOP’s populist act, meanwhile, is wearing thin, even among the evangelical Christians who form the Republican Party’s base. A Pew Research Center poll released earlier this month showed that Trump’s approval among white evangelicals has fallen 17 points (from 78 to 61 percent) since February.

In a remarkable essay published in the New York Times this week, a 21-year-old student at Alabama’s Auburn University wrote about the disappointment she felt that so many fellow Christians had set aside their values and chosen to support Moore. “We are coming of age in strange times, and more and more of us are getting politically involved,” she wrote. “Voting should be just the beginning for us young millennials. This is a time for passionate outcry across the political spectrum.”

Indeed it is. The great question is whether the Democratic Party will be a voice for that passion or follow the GOP’s path of corporatization posing as populism. In its own way, the party is divided by the same forces that are tearing the GOP apart. Corporate-friendly Democrats cling to power, while progressives and insurgent candidates battle the establishment for the soul of the party.

Jones’ win serves as a reminder that the path to victory for Democrats lies in putting forward an agenda that benefits the people who are ill served by our current political and economic systems—the majority—rather than simply decrying the GOP’s barbarism. If the party chooses this progressive path in 2018, Jones’ victory on Tuesday may well be remembered as a pivotal moment in the GOP’s ongoing crackup—and, potentially, in the Democratic Party’s surprising renaissance.