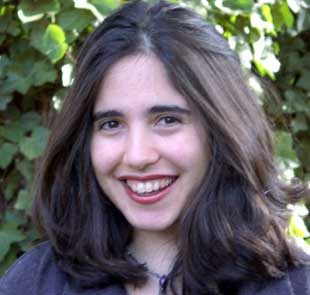 Where Are the Women?

What Washington Post editor Zofia Smardz dubbed “Opiniongate” began when columnist and commentator Susan Estrich sent a letter to Los Angeles Times editorial page editor Michael Kinsley criticizing the gender inequity on his Op-Ed pages. Since then, women and men alike have been waxing punditic on the topic in print and online. When the (only female) New York Times Op-Ed columnist Maureen Dowd asserted, “We just need to find and nurture [women Op-Ed columnists],” The Nation’s Katha Pollitt responded: “Nurture, my eye. … I have seen men advance professionally on levels of aggression, self-promotion and hostility that would have a woman carted off to the loony bin.”

The dearth of women’s perspectives in mainstream media is no news to Jennifer Pozner, a widely-published media critic, journalist and public speaker, who is as conversant in the sexist nuances of “Desperate Housewives” as she is in the structural inequities in media management. In order to address the gender bias at all levels of media-making, Pozner founded Women In Media & News (WIMN) in 2002 with direction and input from activists in the feminist, anti-racist, LGBT and media reform communities. The organization was created to take a holistic approach to improving media for women—by combating misrepresentations of women in entertainment and news content, by working toward structural reform and equal representation of women at all levels of media and by giving grassroots organizers the tools they need to challenge media bias.

As part of her work for WIMN, Pozner travels to college campuses across the country, delivering multi-media presentations with evocative names like “Condoleezza Rice Is a Size 6 … and Other Things I Learned from the News.” With humorous aplomb, she delivers incisive critiques of the mainstream media. “We don’t just get our information from the news, we don’t just get our entertainment from pop culture,” she says. “We get both from both of those venues and we need to look at both of those venues pretty critically.”

“We really need to work with people where they are,” says Pozner. “The fact is that millions of people, many of them young girls, tune in to every episode of ‘The Bachelor’ to find out who will get to go home broken-hearted, and are being told that only the women with the lowest self-esteems, the lowest standards, and the lowest carb diets will be rewarded with love and security. Those people are not [bringing] a lot of critical, political approaches to these images.”

Pozner and WIMN are not only concerned with sexist depictions of women in entertainment programming, but the issues being raised in the ongoing Op-Ed debate. A Fairness and Accuracy in Reporting (FAIR) study of the nightly news programming at NBC, ABC and CBS found that only 9 percent of professional and political voices presented on the three major TV networks in 2001 (including during the lead-up to the war in Afghanistan) were women’s voices. Pozner interviewed producers from “Face the Nation” and “Meet the Press” to ask them why such a small percentage of guests talking about terrorism and war after 9/11 were women. One producer responded: “Our goal is to deliver the newsmakers, not to get women on the air.” Pozner scoffs, “As if ‘women’ and ‘newsmakers’ are mutually exclusive!”

To counter that kind of gender bias, Pozner is working to establish POWER (Perspectives of Women Expand Reporting) Sources, a free online database allowing producers and journalists to find articulate female experts from a variety of disciplines, from plumbing to politics to physics. In the lead-up to POWER Sources’ projected launch in 2006, Pozner is serving as the database herself, personally guiding reporters on a case-by-case basis to these experts.

Pozner has taken a multi-platform approach with WIMN to address feminists’ concerns that changing the number of women in the newsroom is not enough. As Alternet Senior Editor Lakshmi Chaudhry recently wrote, “The best women journalists are those who can write … about the so-called Big Issues without distancing themselves from their gender. Simply changing the demographics of the newsroom won’t change the product, especially not in the era of media consolidation.”

In other words, as Barbara Ehrenreich noted in a Los Angeles Times Op-Ed about Abu Ghraib, “To cite an old, and far from naive, feminist saying: ‘If you think equality is the goal, your standards are too low.’ It is not enough to be equal to men. … It is not enough to assimilate. We need to create a world worth assimilating into.”

Journalist Paula Kamen recently attended a fundraiser for WIMN in Chicago, and said the existence of WIMN gives her peace of mind. “It’s unsettling to think of being a feminist without it; that would mean there would be no known organization to act as a watchdog of the gargantuan corporate media and news industries,” says Kamen. “And when sexist distortion and belittlement does happen, WIMN is out there—it’s like a feminist media 911.”