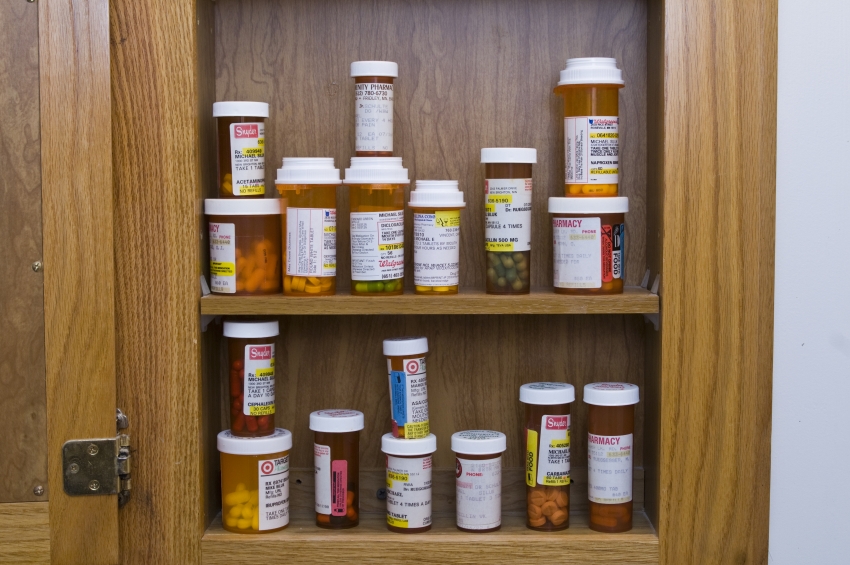 As public entities, pharmaceutical companies could be charged with serving the public good. (Education Images/UIG via Getty Images)

Drug companies are hated for a reason—they exist to maximize profits, not make us healthier. It’s time to put them under public control.

A public option would likely prove popular, given that for many Americans the prospect of lower costs and increased access is probably more important than the ownership structure of the companies providing the drugs.

Drug companies are among the most widely despised businesses in America. Infamous for generating incredible profits at the expense of the sick and dying while leveraging their enormous economic power to evade regulations (to say nothing of their role in the opioid epidemic), they are often seen as a textbook profiteer. Already, many Americans report not filling prescriptions, cutting pills in half or skipping doses due to costs. In the world’s most expensive healthcare system, more than 10 percent of total healthcare costs and 21 percent of employer healthcare benefits are attributed to pharmaceuticals. Research shows that “drug spending is growing faster than any other part of the health care dollar.”

During Friday’s long-awaited speech on drug prices, President Trump blamed “foreign freeloaders”, the drug lobby and “middlemen” for rising prices, promising once again to put American patients first. However, experts predict the plan—which focuses on private sector competition and negotiation—will have little effect on the industry or its practices.

In many cases, the profits extracted by drug companies represent a form of double-taxation, given that public funding underpins pharmaceutical research and development (R&D). For instance, publicly-funded research contributed to the development of the cholesterol-lowering medication Crestor. Yet, U.S. taxpayers spent billions more (either out of pocket, through rising insurance premiums or through Medicare or Medicaid) to take the drug at marked up prices while Pharma giant AstraZeneca pulled in over $16 billion in profits on Crestor alone over a three-year period.

And that’s not all. We pay a third time when we lose revenue through tax breaks and loopholes that allow pharmaceutical companies to market their drugs to us tax-free and operate vast networks of off-shore subsidiaries to avoid paying taxes.

In this context, and with increasing pressure to keep healthcare costs down as the population gets older, isn’t it time to consider a public option in the pharmaceutical sector?

Why we need a public option

The pharmaceutical industry often defends the exorbitant and rising prices of drugs by citing the high cost of R&D. However, a 2017 study from the Institute for New Economic Thinking revealed that over the ten-year period studied, the top 18 U.S. pharmaceutical companies spent more on share buybacks and dividends than R&D. Drug marketing—which is outlawed in all but one other country in the world—also accounts for more pharmaceutical company spending than R&D. And pharmaceutical companies spend big on lobbying in Washington—more than any other industry in 2017—helping to assure victories like the 2003 Medicare Part D legislation which banned the government from negotiating drug prices for covered medications, resulting in billions of dollars in extra profit for the industry.

Research has shown that about 75 percent of new drugs (those that are not just variations of existing medications) are developed with funding from the National Institutes of Health. Other federal and state agencies also support critical research that leads to breakthrough drug developments. Examples include the Department of Defense’s contribution to the development of the prostate cancer drug Xtandi, the California Institute for Regenerative Medicine’s investment in stem-cell research, and the Cancer Prevention and Research Institute of Texas.

Government-funded research is also heavily weighted towards the early, riskiest stages of drug development. A 2011 study, for instance, showed that almost two-thirds of the FDA’s “priority review drugs” (new drugs expected to have a particularly great impact on disease treatment) approved from 1988 to 2005 benefitted from such government-funded basic research. More recently, a National Academy of Sciences study showed that each and every one of the 210 drugs approved by the FDA between 2010 and 2016 benefitted from NIH-funded basic research.

The U.S. pharmaceutical industry is highly dependent on the government in other ways as well, through patent protection, restrictions on imports of lower-priced drugs and limits on drug resales. Without this degree of support, it is hard to imagine how drug companies could consistently rake in their record-breaking profits.

Free-marketeers often argue that if the government would just withdraw entirely, a perfectly functioning competitive market would emerge and drugs would be supplied by for-profit companies at a cost that consumers would be willing to pay. But in real-life, market allocation is not nearly as clean and straightforward as it is the minds of free-market economists. It is messy, gritty, and in a sector as critical to human existence as healthcare, has life and death implications. In addition to ample evidence of fraud, market manipulation, price fixing, cartels, consolidation, and anti-competitive behavior, the pharmaceutical industry already provides an excellent example of market failure.

If the industry achieved an efficient allocation of goods, one wouldn’t expect to see so many medications on the Food and Drug Administration’s drug shortage list which, as of this writing, includes 96 pharmaceuticals from pain relievers to antibiotics, anesthetics, and chemotherapy drugs.

There are more than 180 off-patent drugs with no generic equivalent on the market (as of March 2017). This often occurs only because no company ever applies for the rights to produce one, deeming the profit margins too low. As Nobel Laureate Joseph Stiglitz wrote in 2007: “It is a matter of simple economics: companies direct their research where the money is, regardless of the relative value to society. The poor can’t pay for drugs, so there is little research on their diseases.”

As a capital-intensive industry of strategic importance which has not been able to efficiently allocate goods to meet the needs of society, the pharmaceutical industry is a prime candidate for a public option. Simply put, there is an argument to be made that pharmaceuticals are a Potemkin (fake) market which only exists (or is profitable) due to massive public support—and for a variety or moral and economic reasons the development of life saving or critical drugs (at a minimum) should be taken out of “the market” completely.

Publicly owned pharmaceutical companies exist in several countries around the world including Sweden, Cuba, South Africa and Brazil. Sweden’s Apoteket AB (a pharmacy chain and drug producer), for instance, is a highly successful enterprise that in 2015 returned a dividend of approximately $133.5 million to its sole owner—the Swedish state. Cuba’s entirely public pharmaceutical industry is known for its innovations, including the world’s first cancer vaccine, currently in clinical trials for use in the United States. It holds over 1,200 international patents, supplies most of the medications needed internally and markets to more than 50 other countries, generating as much as $700 million in annual revenue.

Public ownership is already much more prevalent and widely accepted in the United States than most realize. Electric and water utilities, ports and airports, transit systems, land, broadband internet networks, and shares of thousands of companies through public pension and sovereign wealth funds are all under public control.

Pharmaceuticals are a profitable industry, but a more comprehensive measure of financial success would look beyond the balance sheet and take into account the direct and indirect economic and social benefits of providing cheaper, more widely accessible life-saving, life-improving, or life-extending drugs such as fewer long-term hospitalizations, a more healthy and productive work force and increased life expectancy. Given these indirect benefits, publicly owned pharmaceutical companies could even operate at or below cost.

Drugs for the public good

As public entities, these pharmaceutical companies would be charged with serving the public good and could be tasked with developing drugs based on need, rather than projected profits. They could be intentionally linked to the existing network of publicly-funded research facilities and any profit they did make could be funneled back into R&D, used to off-set the cost of drugs that are more expensive to produce, or invested in “upstream” public health interventions and social services that have been proven to improve health outcomes.

They could focus on public-health related priorities like vaccines, medications that appear on the FDA’s drug shortage list and treatments for neglected diseases. They could also ensure that generic equivalents were available for off-patent drugs critical to public health. State or regional public companies could even be tasked to produce low cost drugs that match the unique health needs of area residents. For instance, areas with booming elderly populations could focus on producing drugs that are regularly used by seniors.

A public option in the pharmaceutical industry would undoubtedly be assailed by free-marketeers, but it actually represents something of a middle of the road approach between a complete government withdraw from the industry on the one hand and the crony capitalist approach of double taxation and the subsidization of corporate profits on the other. A public option would likely prove popular, given that for many Americans the prospect of lower costs and increased access is probably more important than the ownership structure of the companies providing the drugs.

It is well-known that the United States has by far one of the most expensive health systems in the developed world yet delivers relatively poor outcomes across a host of indicators. While in recent years policy makers at all levels have begun to focus on our unique (and some would say irrational) method of providing and paying for healthcare, the role of the pharmaceutical industry is no less important.

Given the industry’s reliance on public support in a variety of forms, it is possible to begin to think through how that support can be directed into alternative approaches and designs that may deliver better long-term results for both consumers and society more broadly. The time has come for a public option for pharmaceuticals.

Dana Brown is the Deputy Director of the Next System Project at The Democracy Collaborative where she specializes in healthcare. Thomas M. Hanna is the Research Director at The Democracy Collaborative. He is the author of the forthcoming book Our Common Wealth: The Return of Public Ownership in the United States (Manchester University Press, 2018).