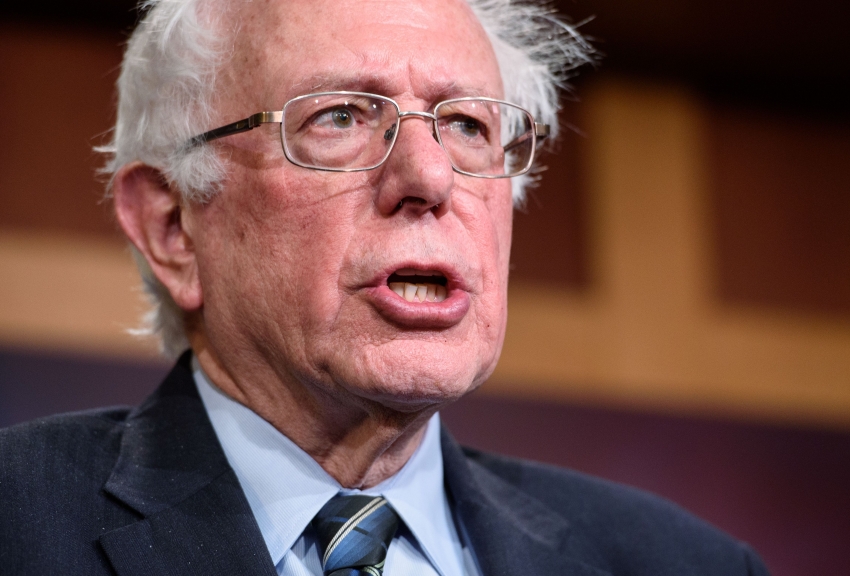 Democrats must challenge unnecessary spending and interventions—beginning with the war in Yemen.

It is reasonably easy to engineer the overthrow of a government. It is far harder, however, to know the long-term impact that that action will have.

On domestic policy—taxation, healthcare, the environment, education, criminal justice, immigration and so forth—there are major differences between the Democratic Party and the Republican Party. On foreign policy, not so much. In fact, a number of observers have correctly pointed out that, to a very great degree, we have a “one-party foreign policy.” As a result, there is almost no debate about the basic premises underlying our long-term foreign policy positions. In a complicated and volatile world, this is not a good thing.

Several months ago, Democrats, with virtually no opposition, gave President Trump every nickel that he wanted in increased defense spending. At a time when our infrastructure is crumbling, when public schools lack the resources to provide a quality education for our kids, when 30 million people have no health insurance, there were very few Democrats opposed to Republican efforts to increase military spending by $165 billion over two years.

Democrats, for good reason, vehemently oppose almost everything Trump proposes, but when he asks for a huge increase in military spending, there are almost no voices in dissent. Why is that? Do we really have to spend more on the military than the next 10 nations combined—most of which are our allies? Why do we dramatically increase funding for the military when the Department of Defense remains the only major government agency not to have undertaken a comprehensive audit? Why is there so little discussion about the billions in waste, fraud and cost overruns at the Pentagon?

Here's a truth that you don't often hear about in the newspapers, on television or in the halls of Congress. But it’s a truth we must face. Far too often, American intervention and the use of American military power have produced unintended consequences that have caused incalculable harm. Yes, it is reasonably easy to engineer the overthrow of a government. It is far harder, however, to know the long-term impact that that action will have.

Let me give you some examples: In 1953, the United States, on behalf of Western oil interests, supported the overthrow of Mohammad Mossadegh, Iran’s elected prime minister, and the reinstallation of the shah of Iran, who led a corrupt, brutal and unpopular government. In 1979, the shah was overthrown by revolutionaries led by Ayatollah Khomeini, and the Islamic Republic of Iran was created. What would Iran look like today if its democratic government had not been overthrown?

In 1973, the United States supported the coup against the democratically elected president of Chile, Salvador Allende, which was led by General Augusto Pinochet. The result was almost 20 years of authoritarian military rule and the disappearance and torture of thousands of Chileans—and the intensification of anti-Americanism in Latin America. Elsewhere in Latin America, the logic of the Cold War led the United States to support murderous regimes in El Salvador and Guatemala, which resulted in brutal and long-lasting civil wars.

In Vietnam, based on a discredited “domino theory,” the United States replaced the French in intervening in a civil war, which resulted in the deaths of millions of Vietnamese in support of a corrupt, repressive South Vietnamese government. We must never forget that more than 58,000 Americans also died in that war.

More recently, in Iraq, based on a similarly mistaken analysis of the threat posed by Saddam Hussein’s regime, the United States invaded and occupied a country in the heart of the Middle East. In doing so, we unleashed forces across the region and the world that we’ll be dealing with for decades to come.

Unfortunately, today we still have examples of the United States supporting policies that I believe will come back to haunt us. One is the ongoing Saudi war in Yemen.

On March 20, 2018, Republican Sen. Mike Lee, Democratic Sen. Chris Murphy and I brought a resolution to the floor to end U.S. involvement in the Saudi-led war in Yemen and to change the nature of how Congress does foreign and military policy.

We introduced this resolution for two reasons. First, the war in Yemen has been a humanitarian disaster for the people of that impoverished country. Some 10,000 civilians have been killed, 40,000 more have been wounded and more than 3 million have been displaced. In November 2017, the United Nations emergency relief coordinator said that Yemen was on the brink of “the largest famine the world has seen for many decades.” Fifteen million people lack access to clean water and sanitation because water treatment plants have been destroyed. More than 20 million people in Yemen, over two-thirds of the population, need some kind of humanitarian support, with nearly 10 million in acute need of assistance. More than 1 million suspected cholera cases have been reported, representing potentially the worst cholera outbreak in world history. That is reason enough to end U.S. military support for what Saudi Arabia is doing in the civil war in Yemen.

But the second reason is even more important. Article 1, Section 8 of the Constitution is very clear. It is Congress that has the responsibility to declare war and send our armed forces into harm’s way. Over the years, Congress has, under both Democratic and Republican leadership, abdicated that responsibility and given it over to the president. The time is long overdue for Congress to regain control over this vitally important process, as the founding fathers mandated.

The issue of which body has control over warmaking and when we send troops into battle is not some abstract intellectual debate. It is of enormous consequence. Anyone who understands the history of American foreign policy knows that, over the years, many of our wars and military interventions were based on lies and deceptions coming from the White House. The two most significant foreign policy blunders in the modern history of the United States, the war in Iraq and the war in Vietnam, occurred when Congress sat back and allowed two administrations, one Republican and one Democratic, to lie to the American people as they led us into unnecessary conflicts with horrific unintended consequences. We must never allow that to happen again. And that’s what our resolution was about.

On March 20, 2003, the war in Iraq, which I had strongly opposed, began, and the bombs started falling on Baghdad. Today, it is widely acknowledged that the Iraq War was a tragedy of enormous magnitude, and that our entry into that war was based on a series of falsehoods. Despite what the Bush administration said, Iraq had no role in the 9/11 attacks, and it did not possess weapons of mass destruction that threatened the United States. As we now know, that war created a cascade of instability around the region that we are still dealing with today, in Syria and elsewhere, and will be for many years to come.

Indeed, had it not been for the Iraq War, the Islamic State would almost certainly not exist. The war deepened hostilities between Sunni and Shiite communities in Iraq and elsewhere. It exacerbated a regional struggle for power between Saudi Arabia and Iran and their proxies in places like Syria, Lebanon and Yemen, and it undermined American diplomatic efforts to resolve the Israeli-Palestinian conflict.

That war was created by a Republican administration. Now, let me tell you about a Democratic administration, and an earlier conflict that began on similarly false pretenses. In 1964, President Lyndon B. Johnson cited an attack on a U.S. ship in the Gulf of Tonkin as a pretext for escalating the U.S. intervention in Vietnam. We now know from declassified recordings that Johnson himself doubted that the U.S.S. Maddox had come under fire on Aug. 4, 1964, but he still used that alleged attack to push for the Gulf of Tonkin Resolution, which authorized him to escalate U.S. military involvement in Vietnam. Johnson’s administration consistently misled both Congress and the American people into that war, just as the Bush administration misled us into the war in Iraq.

The lesson that must be learned from all of this is that foreign policy disasters occur when presidents refuse to tell their people the truth, and when Congress abdicates its constitutional responsibility to get that truth. Not surprisingly, the Trump administration, the Republican congressional leadership, and the military establishment strongly opposed our resolution. Senate Majority Leader Mitch McConnell held a classified hearing with military and intelligence leaders to gain support to defeat us, and Secretary of Defense Jim Mattis spoke at both the Republican and Democratic Senate Caucuses on the day of the vote to support the status quo.

Nonetheless, the bill passed the Senate on Dec. 13, 2018, with support from all 49 Democrats, as well as seven Republicans. It is expected to be taken up for a vote by the Democratic-controlled House this year.

Adapted with permission from Where We Go from Here: Two Years in the Resistance (Houghton Mifflin, 2018). All rights reserved.