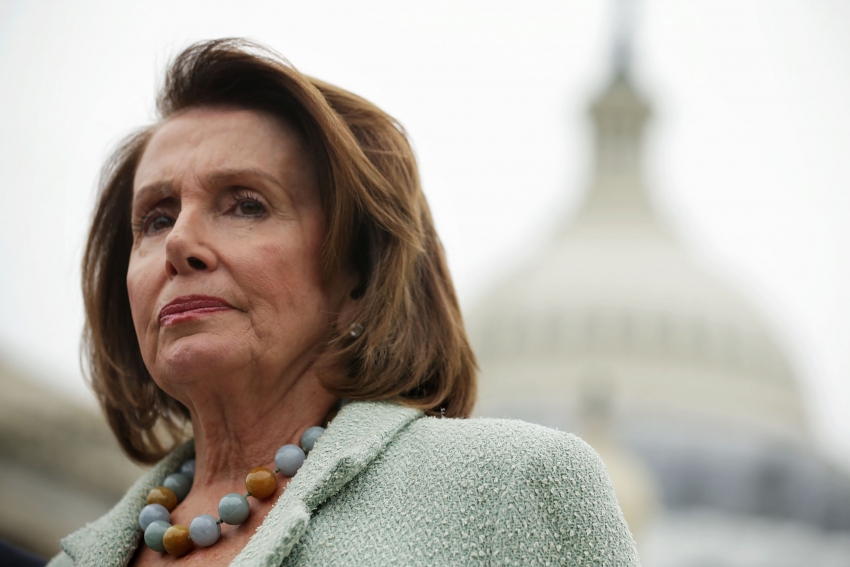 Peace activists are urging lawmakers to step up their efforts to end the war.

If Congress is unable to reassert its authority over war—a right granted by Article I, Section 8 of the Constitution—what measures are there to protect both the Constitution from the president and Yemeni civilians whose lives are disrupted or cut short by his senseless war?

In four years, the U.S.-Saudi war in Yemen has killed over 70,000 people and starved at least 85,000 children to death. The U.S. military involvement in the war was launched by President Barack Obama and continued by President Donald Trump without congressional approval. “It remains the case that neither President Obama nor President Trump has actually gained the consent of Congress within 60 days of engaging in hostilities,” Bruce Ackerman, constitutional law scholar and professor at Yale Law School, told In These Times, arguing this is “illegal under the War Powers Resolution.”

After years of war, a small group of lawmakers in the House and Senate finally succeeded in pressuring Congress to reassert its constitutional powers by passing a bipartisan bill that calls on the president to end the U.S. war in Yemen. Yet this historic milestone was vetoed by Trump in April, and now peace activists are regrouping and working toward next steps for ending the war, insisting the struggle is far from over. They are calling on Congress—specifically, House Speaker Nancy Pelosi (D-Calif.)—to act. According to Jehan Hakim, founder of the Yemeni Alliance Committee, which formed in the aftermath of Trump's first Muslim ban, Congress must make it clear “that the President does not have the authority to wage never-ending wars.”

The War Powers bill overcame its final hurdle when it passed in the House on April 4 following a previous win in the Senate. It invoked a federal law called the War Powers Act of 1973, which allows Congress—not the President—to wage war on another country.

This law was first invoked in September 2017 in the House by newcomer Rep. Ro Khanna (D-Calif.) but was quickly stripped of its privileged status and replaced by a watered-down, non-binding version. At the time, Khanna tweeted, “They would have killed it completely had we not compromised.” Khanna assembled a bipartisan coalition consisting of Reps. Thomas Massie (R-Ky.), Mark Pocan (D-Wisc.), and the late Walter Jones (R-N.C.), who worked together despite numerous setbacks to finally pass the bill by April, not long after Rep. Jones’ passing.

The War Powers Act was also invoked in February 2018 in the Senate by a bipartisan coalition consisting of Sens. Bernie Sanders (I-Vt.), Mike Lee (R-Utah) and Chris Murphy (D-Conn.), the latter of whom began calling for an end to the U.S. intervention in Yemen months after the war began under Obama’s leadership. At first, the Act did not fare much better in the Senate and was tabled shortly after its introduction in March 2018. When both the House and Senate eventually overcame numerous hurdles and passed the legislation in both chambers, it signified the first time Congress passed a War Powers bill since it became federal law nearly fifty years ago.

After this historic moment, Trump had the opportunity to end the U.S. government’s brutal and senseless war in Yemen. Instead, he vetoed the bill on April 16, ensuring that the U.S. would continue to provide intelligence, training, logistical support and other forms of military support to the Saudi- and UAE-led coalition. This veto—which is the second of his presidency—sent the bill back to the Senate for an override attempt, where it failed to garner the two-thirds majority needed for an override.

Essentially, both Obama and Trump were in violation of a federal law, and when Congress finally passed a bill to reinstate its authority over the president’s violation of this law, the president vetoed its decision. If Congress is unable to reassert its authority over war—a right granted by Article I, Section 8 of the Constitution—what measures are there to protect both the Constitution from the president and Yemeni civilians whose lives are disrupted or cut short by his senseless war?

Hassan El-Tayyab, co-director of Just Foreign Policy, an anti-war advocacy organization, told In These Times, “The War Powers fight to us is not over.” He and anti-war groups and activists are now pursuing the option to directly challenge the legality of Trump’s veto by urging House leadership and Speaker Pelosi to file a lawsuit against the Trump administration. Should the case be heard by the Supreme Court, it would be a “moment of truth for [Supreme Court] originalists,” says El-Tayyab. As both Justices Kavanaugh and Gorsuch are proponents of originalism in their interpretation of the Constitution, El-Tayyab explains, their position will be tested by a lawsuit challenging Trump’s veto on the basis that it violates the Constitution.

There is precedent to limiting presidential powers, Ackerman explains, as was the case in the Steel Seizure case of 1952 in which the Supreme Court prevented President Truman from carrying out his executive order to seize the country’s steel mills to avert a nationwide strike. The authority of the Supreme Court to be the “ultimate defenders of checks and balances,” says El-Tayyab, “is critical for defending the Constitution and the people of Yemen.'

The Steel Seizure case has been “reaffirmed by [Justice] Roberts himself and the Court as recently as 2015,” explains Ackerman. He notes that, “the entire purpose of the [War Powers] Act was to move the assertions of presidential war power…and to reaffirm the foundational character of the Steel Seizure case.” Thus, should the Court reject the actual merits of a case brought upon by Speaker Pelosi against Trump’s veto, Ackerman argues, it would “be a real turning away from the Court’s fundamental responsibility to serve as the ultimate safeguard of the constitutional system.”

Hakim has been working alongside El-Tayyab and Just Foreign Policy to draft a letter to Speaker Pelosi urging her to challenge the legality of Trump’s veto. “Her constituents and our communities are counting on [Pelosi] to make the war in Yemen a foreign policy priority,” says Hakim.

The call for Pelosi to challenge Trump’s veto through a lawsuit is also gaining momentum in the legal community. Bruce Ackerman and several other legal experts recently sent Pelosi a letter urging her to serve as a lead plaintiff in a lawsuit against Trump’s veto of the War Powers bill. As House majority leader, Pelosi has the strongest legal standing to contest Trump’s veto by acting as lead plaintiff in a potential lawsuit against Trump. “The reason why Pelosi is central to move forward,” Ackerman explains, “is that if the court denies her the ‘People’s House’ standing to vindicate its expressed authority under Article 1 of the Constitution…the court would be legitimating precisely the kind of actions that King George III engaged in.” That is, this lawsuit would be defending a “core foundational principle of the American Revolution” that prevents the president from exercising “the war making power of King George III,” Ackerman adds.

In addition to bringing forth a lawsuit against Trump’s veto of Congress’ bill to end the war U.S.’ role in the Yemen war, some advocacy groups are also seeking to defund the war through the 2020 National Defense Authorization Act. This effort seeks to prevent intelligence sharing, logistics and other forms of direct U.S. support while also suspending all weapon sales to the Saudi-led coalition.

In a yet-unpublished letter urging Congress to suspend military aid to the Saudi-UAE Coalition, organizations such as Just Foreign Policy, Win Without War, the Yemeni Alliance Committee and others are calling on Congress to “suspend the transfer, sale, and authorization for license for export of defense articles likely to be used in the war in Yemen” and “expressly prohibit any further U.S. assistance or support for Yemen-related intelligence sharing and logistics support activities to Saudi Arabia or the United Arab Emirates.” Given the extent of the U.S. support for the Saudi and UAE coalition—which may amount to war crimes—the defense bill could be a critical and more comprehensive step to ending atrocities committed against the people of Yemen.

While these efforts are of immediate importance, Hakim also emphasizes the need for focusing on “political education” as well as community-building and raising awareness about the still “forgotten war” in Yemen. “It is when we march alone that our voices are muffled,” says Hakim. “Through unity and as a collective, we gain more power.”