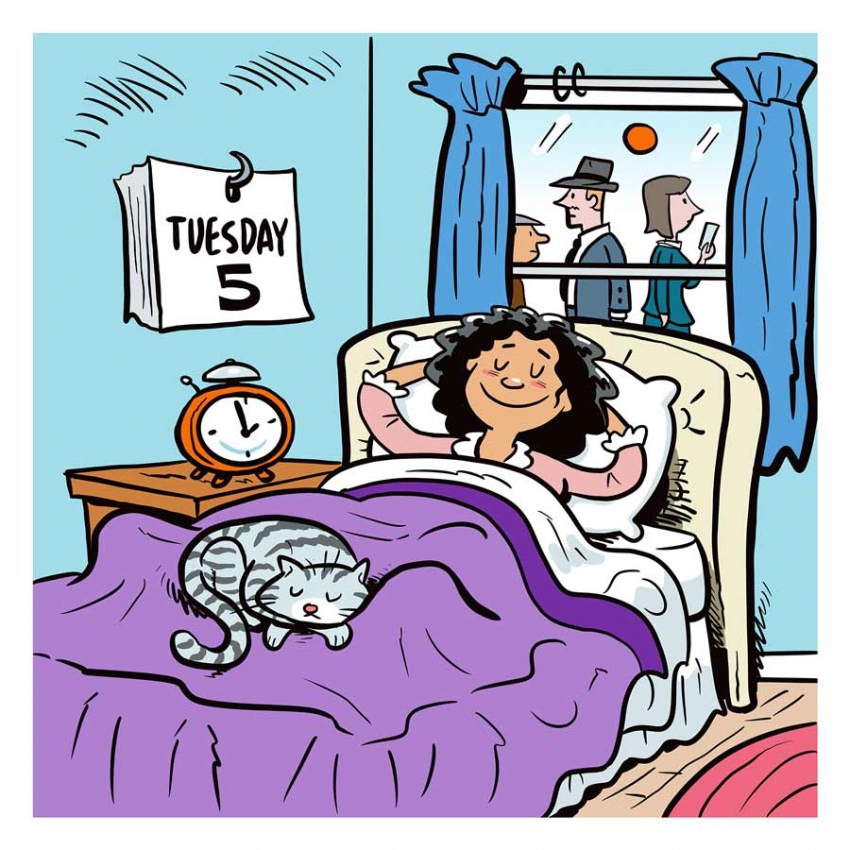 1. Exactly what it sounds like—less work for the same money

I work nearly three times that much now. Is this normal?

Sadly, yes. The Organization of Economic Cooperation and Development shows that American workers put in an average of 1,786 hours annually, 200 more hours than their British and French peers. Yet study after study reveals that working more hours doesn’t increase productivity—just stress, health issues and carbon emissions.

How much less should I be working?

An often-cited 2016 study found that workers performed best when they were clocking in just three days a week, five hours a day. Advocates of a 15-hour workweek, such as Dutch author Rutger Bregman, argue that much of the work we do now is pointless at best and harmful at worst, so we should do much less of it. Major trade unions in Germany, the Netherlands, Ireland and the U.K. have all backed a four-day workweek, and the British Labour Party’s shadow chancellor, John McDonnell, has promised to reduce the average workweek to 32 hours within the next decade, proclaiming, “We should work to live, not live to work.” Microsoft Japan experimented with a shorter workweek and trumpeted that it actually boosted productivity and cut down on time-wasting.

What about in the United States?

Thanks perhaps to a national case of workaholism, until recently it was self-proclaimed do-gooder CEOs talking about why we should work less (to increase their profits, naturally). But there are signs the American labor movement could once again take up the fight for fewer hours. Notably, Bernie Sanders said he would consider a 32-hour workweek (for the same pay) at the United Food and Commercial Workers 2019 fall forum in Iowa.

Sounds great to me. Is there a catch?

Some progressive economists worry that enforcing a shorter workweek could lead to an economic contraction and pay cuts. One proposal for a “leisure agenda” from the People’s Policy Project recommends a mix of measures instead, including more federal holidays, more guaranteed vacation time, and more paid parental and sick leave. However we get there, the end goal is clear: We need to get a life.

This is part of “The Big Idea,” a monthly series offering brief introductions to progressive theories, policies, tools and strategies that can help us envision a world beyond capitalism. For recent In These Times coverage of reducing hours and raising pay in action, see, ”How Working Less Can Help Prevent Climate Catastrophe and Promote Women's Equality,” “California Workers Win Equal Overtime: 'This Bill Corrects 78 Years of Discrimination'” and “Long Hours, No Rest: Overworked Americans Still Dream of Vacation.”