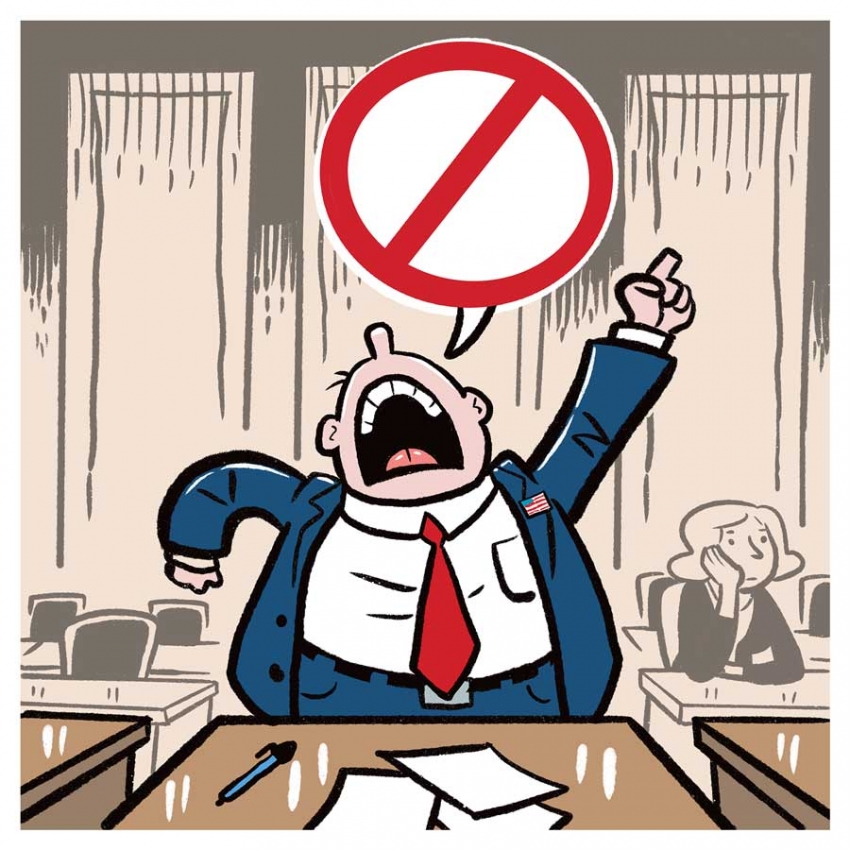 Why Democrats Need To End the Filibuster

Warren and Buttigieg pressed Bernie Sanders on the filibuster last night. Here’s what you need to know.

1. Stop puffed-up windbags from blocking legislation that has majority support

“The first bill to make lynching a federal crime … passed the House in 1922. But it got killed in the Senate—by a filibuster.” —Democratic Presidential Candidate Sen. Elizabeth Warren

Of course I remember how filibusters work! … But explain it again, just for everyone else.

A filibuster is any procedural action to prevent the Senate from ever voting on a particular piece of legislation. Until the 1970s, filibustering often meant a senator just kept talking about anything they wanted, without yielding the floor—so nothing else could happen with a bill.

One way to break a filibuster is by invoking “cloture,” a three-fifths vote to limit a bill’s debate time. The effect is that passing legislation through the Senate effectively requires 60 votes—instead of a simple majority of 51. Looking ahead, that could be bad news for legislation like Medicare for All and the Green New Deal, despite their enormous popularity.

Isn’t the filibuster bad for both parties?

While many people associate filibustering with Mr. Smith Goes to Washington-esque stands against abuse of power, and progressives relied on the filibuster to prevent the privatization of Social Security in 2005, the filibuster has often been used to block civil rights legislation—from federal anti-lynching laws in the 1920s to the Civil Rights Act of 1957 (the longest spoken filibuster by Sen. J. Strom Thurmond) to the DREAM Act in 2010.

Isn’t this too wonky for voters to actually care about?

Maybe by itself, but pushing through sweeping bills like Medicare for All and the Green New Deal will require Dems to use every advantage they can get. Several 2020 Democratic presidential candidates—including Sen. Elizabeth Warren and Pete Buttigieg—support or are “open” to ending the filibuster. Bernie Sanders does not support ending the filibuster, but says he would use the special case of budget reconciliation bills (which can be protected against filibusters) to push through legislation.

Regardless, if they hope to make real change in 2020 and beyond, Dems will need to control the Senate and have the guts to maneuver in ways that will almost certainly make the filibuster masters in the GOP cry foul.

This is part of “The Big Idea,” a monthly series offering brief introductions to progressive theories, policies, tools and strategies that can help us envision a world beyond capitalism. For recent In These Times coverage of ending the filibuster, see, “The Union President Who’s Helping Put Filibuster Reform in Motion” and “Dethrone 'Filibuster King' Mitch McConnell.”