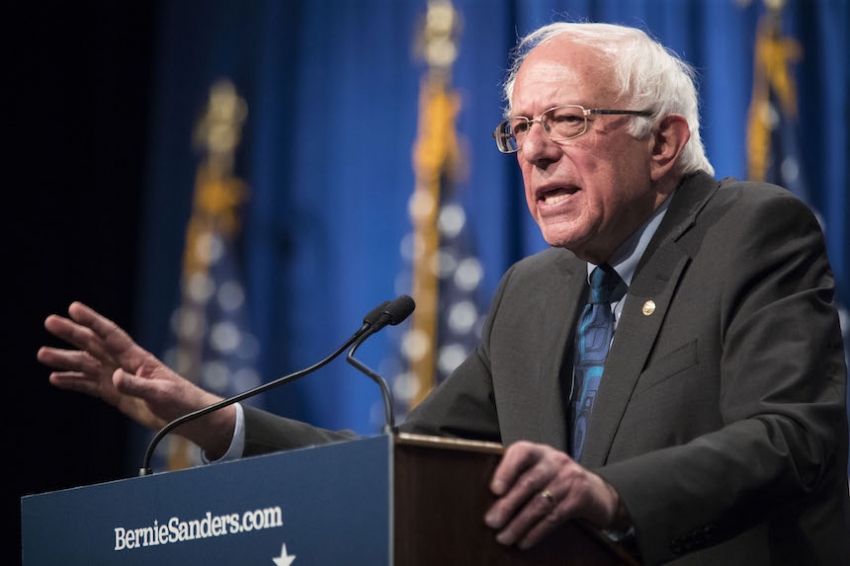 Are reds and red-scarers even talking about the same thing?

German social democrat Eduard Bernstein argued 100 years ago that the end goal of socialism is meaningless, while the socialist movement, advancing toward a more democratic horizon, is everything.

Mark Keam is a Korean American Democrat in the House of Delegates from northern Virginia. Speaking to the New York Times, Keam expressed his doubts about Bernie Sanders and “socialism”:

If you’re an immigrant from Asia and you came to this country from a country that was socialist, or you’re from Africa that has dictators or South America where you got your arm chopped off if you said anything wrong about the government—you’re thinking, I thought America is not this way.

A more consultant-tested Red Scare came from former presidential candidate Pete Buttigieg, who told then-MSNBC host Chris Matthews, “Most Americans [and] most Democrats don’t identify with a socialist who thinks that capitalism is the root of all evil.”

It’s not a new argument. But Sanders has his defenders, too—such as Yvette Simpson, CEO of Democracy for America, the liberal PAC established by Howard Dean after his withdrawal from the primaries in 2004. The group has endorsed Sanders for president. On February 23 on This Week with George Stephanopoulos, speaking of Sanders, Simpson said, “He’s a democratic socialist. I think we have to continue to say that.”

Newly minted pundit Rahm Emanuel retorted, “No, we don’t have to continue to say that.”

Emanuel has been on the hustings disparaging Sanders as an unelectable socialist. After all, better to use cartoon socialism to gin up fear of Sanders than have a serious conversation about what a healthy democracy and fair economy might look like.

Of course, socialism can mean lots of different things, and since the 19th century, various movements have used the label to describe different visions of a just society. For some, like Robert Owen, who in 1825 founded a “community of equals” in New Harmony, Ind., socialism meant building an intentional community where duties and responsibilities are equitably shared.

Marxists referred to such socialists as utopians. As an alternative to this pie-in-the-sky vision, they proposed building a socialist society around the infrastructure that industrial capitalism was already creating, with revolutionary political parties and unions formed from the emergent working class—the idea being to share the abundance of the industrial age and democratically manage it.

Neither the utopians nor the 19th-century Marxists came up with very convincing plans for the long term. But perhaps detailed blueprints are beside the point. Maybe, as the German social democrat Eduard Bernstein argued 100 years ago, the end goal of socialism is meaningless, while the socialist movement, advancing toward a more democratic horizon, is everything.

In other words, we never know what the future holds, but we can set a course. At this magazine, we celebrate a fighting tradition to democratize the economy and give working people a say in the decisions that most affect their lives.

In Sanders’ speech about democratic socialism at George Washington University in June 2019, he said, “Democratic socialism, to me, requires achieving political and economic freedom in every community.” More recently, Sanders said, “I’m an existential threat to the corporate wing of the Democratic Party. For too long, the Democratic Party and leaders have been going to rich people’s homes raising money, and they’ve ignored the working class and the middle class, the low-income people. … That has got to change.”

Whatever we call those European welfare states, we might consider them base camps for some future ascent toward a society we can’t yet entirely describe.