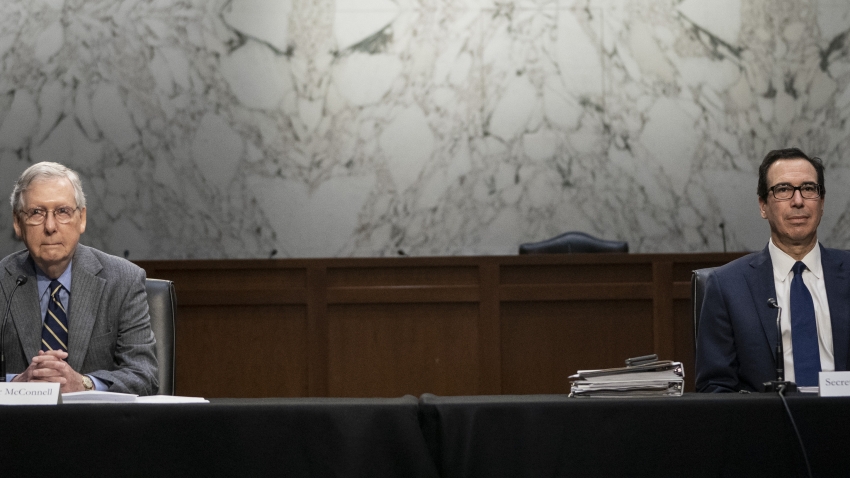 Mitch McConnell has it all wrong. (Photo by Drew Angerer/Getty Images)

Fear-mongering over the deficit is the absolute wrong approach to the Covid-19 crisis.

Debt used to finance relief and recovery measures is smart.

As policymakers scramble to try to mitigate the economic fallout of the coronavirus shock, a predictable chorus has emerged worrying that these efforts will lead to damaging increases in the nation’s public debt. The Washington Post and New York Times have been among the outlets sounding alarms over the implications of increased government spending. And even Senate Majority Leader Mitch McConnell (R-Ky.) warned against further economic stimulus, saying: “given the extraordinary numbers that we’re racking up to the national debt … we need to be as cautious as we can be.”

Baseless fears about deficits and debt were a prime impediment to doing the smart things for spurring a fast recovery from the Great Recession following the 2008 crash, and the result was a recovery that was far weaker than it should have been.

Before we repeat the same mistake this time, we should remember two important things about federal budget deficits and public debt. First, taking on debt can be stupid or smart—it depends on context, and the debt to GDP ratio provides no such context. Second, the popular analogy between household budgets and the budget of the federal government is actively misleading.

Let’s talk first about the difference between smart and dumb additions to debt. For a household, borrowing to go gamble at the racetrack would be dumb. But borrowing to finance an education that provided you with a skill or credential to increase your lifetime earnings would be smart—even if it’s a shame we make students take on debt at all.

For the federal government, deciding to add $1.5 trillion to the debt to give corporations tax cuts back in 2017 was dumb. But in the current crisis, taking on debt to finance expansions to unemployment insurance and aid to state and local governments and investments in hospitals and testing is very smart.

So, the threshold question for deciding whether or not to add to debt should simply be: is this dumb or is it smart—does it solve a pressing social problem or not? Debt used to finance relief and recovery measures is smart.

The second thing to keep in mind is that rules that apply to households about debt don’t apply to the U.S. government. People often claim that because households reduce spending during tough times as a precautionary measure, the federal government should too. But this is a terrible analogy, because what might make sense for one household to do in the face of anxiety about the economy leads to a crisis if everybody does it. In fact, the federal government should take on more debt exactly when households are trying to take on less.

Recessions start and worsen when it’s not just one household deciding to pull back spending, but millions of households. This is because one person’s spending is another person’s income. If I decide to delay buying a new washing machine because I’m worried about the economy, this reduces the incomes of the people making and selling washing machines. If those people in turn now have to pull back their spending because I didn’t buy anything from them…you can see the vicious cycle that can start and make recessions so damaging.

As private households start pulling back spending, and as this sets off a chain reaction that worsens a recession, you need some entity in the economy to break the downward spiral by ramping up its spending as private households ramp theirs down. That’s the federal government.

Don’t get me wrong, we should raise taxes substantially and in a progressive way over the long-run to build a fairer and better economy. But we don’t need to do that before properly responding to the crisis in front of us.

An effective response in the next round of stimulus should include $500 billion in aid to state and local governments, make additional investments in unemployment compensation, protect workers’ paychecks, include worker protections and invest in our democracy. Yes, these actions will increase the debt, but they’re also critical to ensuring a real and fair recovery.

Josh Bivens is the director of research at the Economic Policy Institute (EPI).