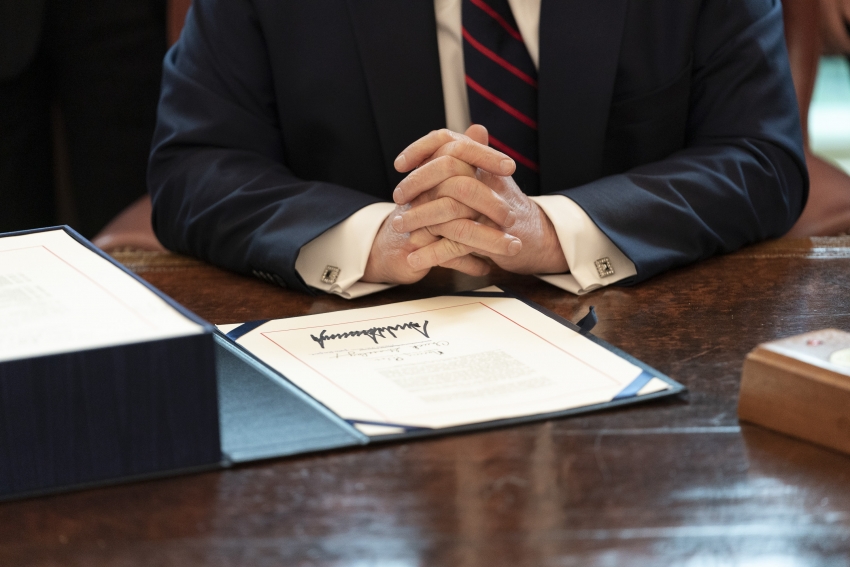 On March 26th, the Trump administration signed the Coronavirus Aid, Relief, and Economic Security Act, or CARES Act, into law—policymakers' first attempt at addressing essential needs during the pandemic. (The White House)

Major bailouts went to big corporations, giving them lasting security, while the rest of us got a temporary Band-Aid.

More than two months have passed since the initial $2 trillion coronavirus relief bill, the CARES Act, was signed into law, and the American people desperately need more. The $1,200 stimulus checks have no doubt been spent by those who have seen their other income run dry. Many who need it most, including the lowest earners and homeless, still haven’t received their checks.

The Paycheck Protection Program, meanwhile, ran out of funds within days, with many small businesses left in the lurch (more funding was authorized in April). These loans were only meant to cover eight weeks of payroll anyway, so even those businesses that obtained loans are now once more on their own.

By contrast, the money set aside for large corporations through the CARES Act, derided by many progressives as an unnecessary bailout, has the potential to cement economic inequality long-term, like the 2008 bank bailouts before them. As The American Prosepect's David Dayen put it, the CARES Act “treated the wealthy and connected to a permanent change in fortune, and provided everyone else with a temporary benefit.”

And while these loans include some conditions meant to protect employees, this hasn’t stopped airlines like Delta, JetBlue and United from cutting worker hours after accepting funds.

These nine numbers show how the CARES Act, from top to bottom, prioritized the comfort of the wealthy above the basic needs of the rest of us.