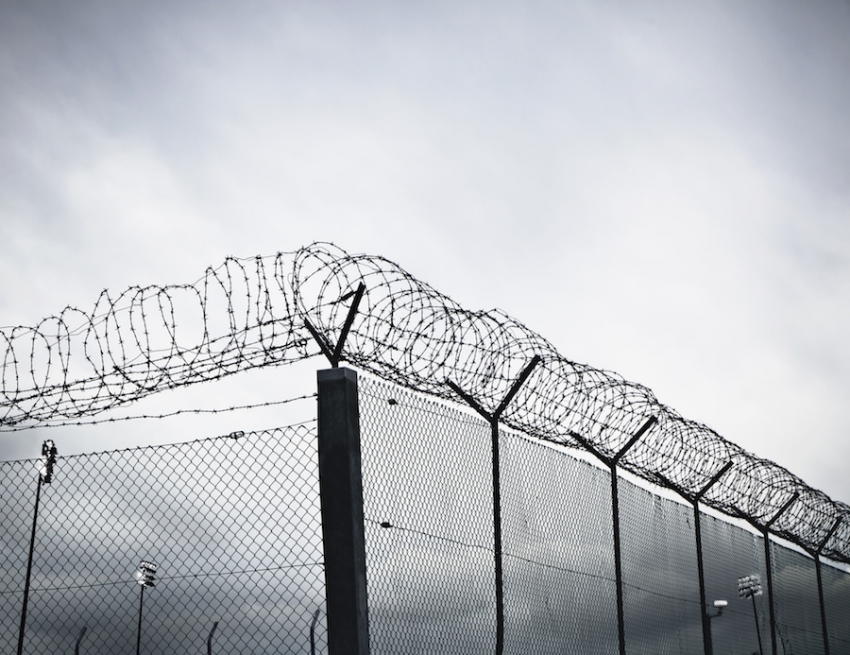 In the face of coronavirus, the nation’s largest prison system refused to release prisoners or take recommended health precautions.

Covid-19 could finally kill off the myth of the Texas penal reform miracle.

For more than a decade now, Texas has been widely hailed across the political spectrum as a model for criminal justice reform, thanks to some modest measures enacted in 2007. Even as other states have far surpassed Texas in reducing incarcerated populations and reforming prisons, politicians from Barack Obama to Donald Trump have lauded Texas for being “smart on crime” and for incubating Right on Crime—the criminal justice reform movement associated with brand-name conservatives like Newt Gingrich, Grover Norquist and the Koch brothers.

Covid-19 could finally kill off the myth of the Texas penal reform miracle. In a grim achievement, the Lone Star State may end up leading the nation in reducing its prison population by releasing a record number of people in body bags.

Facing legal and political pressure over Covid-19 outbreaks, state officials and departments of corrections across the county have sought to reduce their prison populations and protect those who remain. Not in Texas.

The Texas Department of Criminal Justice refused to abide by some of the key health and safety guidelines issued by the Centers for Disease Control and Protection in March to stem the spread of the virus in prisons and jails. The TDCJ, which runs the state’s vast archipelago of more than 100 prisons, went to court in April to defend its right not to provide basic health protections after it was sued by two elderly prisoners at the Wallace Pack prison, a facility in southeastern Texas that confines primarily older and disabled people. Hand sanitizer, the state insisted, poses a major security risk, even though the state agency could not provide a single instance of an incarcerated person drinking or igniting hand sanitizer—which incarcerated people at another Texas state prison actually manufacture.

On April 16, Judge Keith P. Ellison of the Federal District Court in Houston issued a temporary order requiring the TDCJ to provide basic protections, including adequate hand sanitizer, masks, gloves, cleaning supplies and tissues, at Wallace Pack prison. He also ordered the TDCJ to devise a plan to test everyone at Pack prison for the virus. He charged that “at a time when hygiene is a life or death matter” the prison’s actions “reflect a deliberate indifference toward the safety” of its “especially vulnerable” prisoners.

But the country’s most politically conservative federal court of appeals threw TCDJ a legal lifeline, as it has many times before. On April 22, a three-judge panel of the Fifth U.S. Circuit Court of Appeals in New Orleans issued an injunction against Ellison’s court order. Lawyers for the incarcerated men at Pack prison could not muster the necessary four votes from the U.S. Supreme Court to reinstate the emergency order. Although it was an unsigned decision without a formal dissent, on May 14 Justice Sonia Sotomayor, joined by Justice Ruth Bader Ginsburg, issued a scorching statement. “It has long been said that a society’s worth can be judged by taking stock of its prisons,” Sotomayor wrote. “That is all the truer in this pandemic.”

To take stock of Texas’s prisons: To take stock of Texas’s state prisons: In mid-May, the TDCJ finally ramped up testing among its 136,000 prisoners. As of June 4, it had confirmed 6,666 cases of Covid-19 among them (the most reported by any state system, according to the Marshall Project) and nearly 1,000 among staff members, with 42 prisoner deaths and 7 employee deaths. This is certainly a serious undercount. By comparison, Harris County (which includes the city of Houston and operates the country’s second largest county jail) instituted widespread testing in its massive local lockup. The Harris County sheriff reported more than 1,000 cases of Covid-19 among the jail’s 2,000 staff members and approximately 7,000 prisoners.

Instead of release or prevention, Republican governor Greg Abbott and the TDCJ have responded to the virus by ramping up “Texas tough,” including imposing a massive lockdown on facilities where Covid-19 has been detected. As of mid-May, nearly one-third of the people held by the TDCJ were confined to their cells and dorms nearly round-the-clock, denied access to regular showers and even purchases from commissary to supplement the cold, meager, unpalatable food delivered to their cells in brown paper “johnny sacks.”  Some incarcerated people reportedly have concealed their symptoms rather than be transferred to solitary confinement, an even more extreme form of isolation that has been likened by the U.N. rapporteur and others to torture.

With the onset of Covid-19, the thick shroud that conceals what is actually happening in Texas prisons and jails has become even more opaque. Family and media visits, as well as programs run by outside volunteers, have been curtailed or suspended. So have mail deliveries and phone calls. As a consequence, the informal channels to the outside world have been drying up.

Other states have expedited compassionate release and parole to reduce their prison populations to stem the spread of the virus. Not Texas. Texas seldom uses its provision for compassion release on medical grounds—in 2018, prison officials released only 63 of 2,100 prisoners who qualified—and that has not changed in the face of Covid-19.  As for parole, the numbers of people considered and approved actually decreased between March and April. And a Marshall Project investigation found that more than 15,000 people who have been approved for parole still languish in Texas prisons, in many cases due to Covid-19-related and other bureaucratic delays. One interviewee, Tammie Lewis, was stuck in prison because a course in decision-making, a prerequisite for her release, had been suspended.

Between March and April, the TDCJ population fell by about 4,300 people. But as Grits for Breakfast, the indispensable blog on criminal justice in Texas, observed, this is largely a “phantom” reduction, for thousands of people have been backing up in county jails as transfers to state prisons have suspended to stem the virus.

While the TDCJ and other state-level officials have resisted releasing incarcerated people, some county officials have been scrambling to reduce the number of people in their local jails. The pace of releases has varied by jail, but the total Texas county jail population fell by nearly 13,000 people—or about 19%—between March 1 and May 1. This is a remarkable drop, especially considering the growing backlog of people in county facilities who are awaiting transfers to state prisons.

Governor Abbott and some Texas judges have sought to block these local early-release efforts. The governor tried to use the pandemic as an opportunity to hobble the growing reform movement to rein in cash bail in Texas by issuing an executive order that curtails the use of no-cost personal bonds. He was aided in his efforts by the Texas Supreme Court, which ruled in late April that the Harris County judges who sought to overturn his executive order did not have legal standing to do so.

An attempt by Harris County sheriff Ed Gonzalez to expand the use of compassionate release to thin his jail population was thwarted by the courts.  So was an executive order issued by Lina Hidalgo, Harris County’s top elected official, to release 1,000 people being held for low-level crimes at the jail, which she called a “ticking time bomb” for the virus. In the 2018 election, Hidalgo, who ran on a criminal justice reform platform, scored an upset victory in the race to become Harris County Judge, a nonjudicial position that is equivalent to county chief executive.

Faced with critical staffing shortages even before the virus struck, the TDCJ continues to shuffle guards between facilities, raising additional concerns about spreading the virus. Counties have complained of receiving little guidance from the Texas Department of Health Services or other state agencies on how to slow the spread of Covid in local lockups, nor sufficient assistance to expand testing.

Other states continue to surpass Texas in reducing the size of their incarcerated populations and in providing safer and more humane lock-ups that are not such blatant affronts to the Eighth Amendment's prohibition on cruel and unusual punishment. For all the hype, Texas remains, as Scott Henson of Grits for Breakfast puts it, “more or less the epicenter of mass incarceration on the planet.”

Marie Gottschalk is a professor of political science at the University of Pennsylvania. Her latest book is Caught: The Prison State and the Lockdown of American Politics.