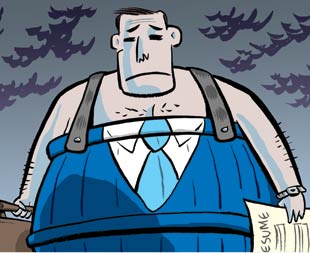 In the past 15 years, the rise of cable news has spawned a class of pundits who are not leftists but play them on TV. As the watchdogs at Fairness and Accuracy in Reporting have documented, political talk shows offer “balance” by routinely matching up representatives of the far right, like Pat Buchanan, with centrist Democrats and New Republic editors. Progressives can only watch in dismay as the terrain of real dissent crumbles like an eroding cliff off the left coast of political possibility.

This depressing trend has made it all the more refreshing to watch Barbara Ehrenreich’s well-earned rise to prominence. Long a fixture in social movement circles, Ehrenreich was politicized during the Vietnam War as a grad student pursuing her doctorate in biology. In the ’70s she, along with Deidre English, wrote some of the period’s important feminist texts on women’s health. Back then, Ehrenreich was known to readers of Radical America, Monthly Review and In These Times as an insightful analyst who controversially posited in a 1976 essay that a “Professional-Managerial Class,” situated uneasily between labor and capital, could play a vital role in ushering forward socialist politics.

Ehrenreich’s journalistic efforts expanded, and she shared a National Magazine Award in 1980 for a Mother Jones article on the misdeeds of drug companies in the developing world. That, and the 1983 publication of The Hearts of Men: American Dreams and the Flight from Commitment, helped snag her regular assignments for the New York Times Magazine. It also paved the way for a column in Time magazine from 1991 to 1997.

Ehrenreich breached the mainstream with her politics intact, never furthering the Big Chill mythology by disassembling her feminism or awareness of class. A sharp and darkly comical polemicist, she once quipped in a Time essay on housework: “In our mothers’ day, the standards were cruel but clear … The floors must be immaculate enough to double as plates, in case the guests prefer to eat doggie style. The kitchen counters should be clean enough for emergency surgery, should the need arise.”

Observation, humor and political analysis combined seamlessly in the 2001 book that completed Ehrenreich’s rise to popular acclaim. Nickel and Dimed, her undercover journey into the world of the working poor, has sold more than a million copies and remains high on the New York Times’ paperback bestseller list. It has made Ehrenreich about as close to a household name as a serious American writer can be.

While this is genuine cause for celebration, and while Nickel and Dimed has gone far in debunking the bipartisan consensus that the working poor have been doing just fine in the post-welfare era, readers like me still harbor some reservations about that breakthrough hit. Granted, Ehrenreich self-consciously disavows some of the more prurient aspects of cross-class “slumming.” (She has described her technique as a “desperate last-ditch attempt” to draw attention to poverty and notes in the book, “I’ve had enough unchosen encounters with poverty in my lifetime to know it’s not a place you would want to visit for touristic purposes.”) Still, there’s something inherently patronizing about the idea that you should pretend to be poor in order to write about it.

Ehrenreich herself has likened the “discovery” of poverty in the ’60s to Columbus’ “discovery” of America, noting that in each case there were already plenty of people who knew the landscape well.

Like a latter-day C. Wright Mills, Ehrenreich moves up the social ladder in her new book, Bait and Switch, which deals with the author’s own white-collar economic stratum. The setting is our country’s post-Internet-bubble recession and jobless recovery, an economic situation that has taken its toll on the professional middle class. In early 2003 the New York Times Magazine announced the arrival of a new echelon of the unemployed with a cover story that pictured an aging ex-dot-commer and noted, “This man used to make $300,000 a year. Now he’s selling khakis.”

For Ehrenreich, such downwardly mobile professionals have special significance for our society, pointing “a rude finger in the face of the American dream.” These people “are the ones who ‘did everything right,’” she explains–taking degrees in business and finance and becoming corporate foot soldiers–only to find themselves “restructured” out of work by businesses that long ago abandoned the concept of loyalty to employees.

As in her previous book, Ehrenreich goes to check out the situation first-hand. She doctors up a résumé under her maiden name, Barbara Alexander, and presents herself on Internet job boards and at professional networking events as a public relations consultant looking for the stability of a corporate PR job.

After almost a year of effort, she fails to find one. This is perhaps unsurprising given that she rules out tapping anyone from her real-world social network for help. As she notes in her conclusion, “a normal job-seeker my age would have acquired a Rolodex of contacts to turn to when unemployment hit.” Without them, her cover looks thin and her job prospects dim.

Yet if Barbara Alexander is not a fair case study, the other jobless professionals she meets are hardly poseurs. There’s John Piering, “a fifty-two-year-old laid-off IT professional with two small children,” who tries to save money by having his family use less air conditioning and who takes temp work moving furniture. And there is Leah, a former marketing executive who has found nothing but “survival jobs,” like cleaning apartments, since being laid off in 2001. “I am $73,000 in debt and have $16,000 until my credit cards are maxed out,” Leah explains. “So, I actually joke with people that I wouldn’t mind having my identity stolen.”

The real difficulty Bait and Switch faces when trying to win over readers is that Ehrenreich rarely musters much human sympathy for her fellow job-seekers. She often comes across as more aloof than embedded. For the most part, Ehrenreich presents her white-collar counterparts as unimaginative and pathetic. They are bitter at having been used and discarded by their business-world bosses, yet are too individualistic to organize in their collective self-interest. Ehrenreich even comes to dislike her own alter ego, Barbara Alexander, who is desperately self-promoting and short on dignity. Her pitiable descent complete, readers have no one left to root for.

That said, the book does several things very well. Ehrenreich slams the “transition industry”–made up of blow-hard career coaches, pricey résumé consultants and manipulative networking groups–that preys on the vulnerable unemployed. Even more incisively (extending her brilliant 1989 book, Fear of Falling, which described the unique anxieties that kept the professional middle class in timid self-isolation), she pinpoints the peculiar business psychology that blames jobless professionals for their own misfortune. She describes a world where support-group leaders, management gurus and self-help books counsel that individual optimism and “personality” can triumph over a dysfunctional economy.

“[F]rom the point of view of the economic ‘winners,’” she writes, “the view that one’s fate depends entirely on oneself must be remarkably convenient.” Beyond self-congratulation, this view serves to keep aspirants in line, for “if you can achieve anything through your own mental efforts … there is no need to confront the social and economic forces shaping your life.”

While Bait and Switch ends up being Ehrenreich’s most dour portrait yet of the Professional-Managerial Class, it does not appear that she has abandoned all hope. The very project of dissecting businesses’ insidious ideology constitutes a form of apologetics. It’s an exploration of what an old Marxist might call “false consciousness”–something more regularly discussed with regard to Red State working families than mid-level business managers trained to identify passionately with their employers. But after 30 years of corporate indifference to their well-being, maybe it’s time for those downsized managers to begin rethinking their loyalties.