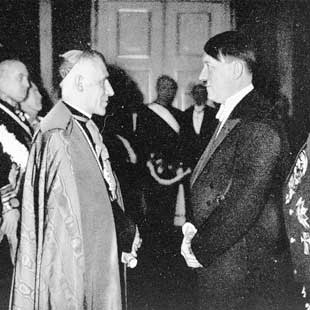 To have witnessed even as a child the descent in Germany from decency to barbarism gave the question “how was it possible” an existential immediacy. So I have wrestled with that question, tried to reconstruct some parts of the past and perhaps intuit some lessons.

The German-speaking refugees who came to this country in the ’30s had enthusiastic feelings about the United States. Not only gratitude for saving them, giving many a chance for a new start, if often under harsh circumstances, but love and admiration for a country that was, when they arrived, still digging itself out from an unprecedented depression, under a leader whose motto was,”the only thing we have to fear is fear itself,” unlike his German contemporary, who preached fear in order to exploit it.

The United States was the sole functioning democracy of the ’30s–that “low, dishonest decade”–and under Franklin Delano Roosevelt it was committed to pragmatic reform and in inimitable high spirits. No, I haven’t forgotten the unpleasant elements of those days–the injustices, the right-wing radicals, the anti-Semites–but the dominant note of Roosevelt’s era was ebullient affirmation of reform and progress.

It is impossible to generalize about German Jews in the modern era, but common to most of them was an earlier deep affection for their country, its language and its culture. Perhaps they loved not wisely, but too well. I remember from my childhood the decent Germans, so-called Aryans, who being opponents of the Nazi regime disappeared into concentration camps after 1933. The ties between us had been close, and when they were broken, when so many Germans decided they didn’t want to know what was happening to their Jewish or “non-Aryan” neighbors, when they denied their common past, the pain was deep.

It is appropriate to recall poet Heinrich Heine’s thought–that Jews are like the people they live among, only more so. Hence German Jews, who came in great variety–orthodox, liberal, secular, converted–were like Germans only more so: ambitious, talented, disciplined and full of ambivalence.

After their civic emancipation in the nineteenth century, German Jews made an unprecedented leap to achievement, prominence and wealth within only three generations, but some special insecurity and vulnerability clung to them, as it did to many Germans. I remember finding in an obscure book Disraeli’s confession to young Montefiore: “You and I belong to a race that can do everything but fail.”

Now many Germans regret the absence of that creative complicated element of German Jewry. They recall the inestimable contributions that Jews made to German life and culture in their century of partial emancipation. But their forbears had more complicated feelings on the subject, and even the most successful Jews felt, as Walther Rathenau once said, “there comes a moment in every Jew’s life when he realizes he is a second-class citizen.”

Perhaps that strange mixture of German hospitality and hostility to Jews evoked the ambivalent response of some of the greatest of German Jews. They were the brilliant diagnosticians of German-European hypocrisy, the memorable breakers of taboos: think of Heine’s mockery of German sentimental pretense, of Karl Marx’s insistence that the cash nexus trumps virtue, or of Sigmund Freud’s exposure of sexual hypocrisy and falsehood. Disturbers of a false peace are indispensable but rarely welcomed.

So anti-Semitism, which comes in many guises and degrees, existed in pre-1914 Germany, as it did more ferociously in other countries. In Germany, it became an all-consuming political weapon only after the Great War.

It is now conventional wisdom that the First World War and its senseless, unimaginable slaughter was the Ur-catastrophe of the last century.

It brutalized a Europe that before 1914, though deeply flawed by injustice and arrogance, also contained the promise of great emancipatory movements, championing the demands for social justice, for equality, for women’s emancipation, for all of human rights. The war radicalized Europe; without it, there would have been no Bolshevism and no Fascism. In the postwar climate and in the defeated and self-deceived Germany, National Socialism flourished and ultimately made it possible for Hitler to establish the most popular, the most murderous, the most seductive and the most repressive regime of the last century.

But the rise of National Socialism was neither inevitable nor accidental. It did have deep roots, but the most urgent lesson to remember is that it could have been stopped. This is but one of the many lessons contained in modern German history, lessons that should not be squandered in cheap and ignorant analogies. A key lesson is that civic passivity and willed blindness were the preconditions for the triumph of National Socialism, which many clearheaded Germans recognized at the time as a monstrous danger and ultimate nemesis.

We who were born at the end of the Weimar Republic and who witnessed the rise of National Socialism are left with that all-consuming, complex question: How could this horror have seized a nation and corrupted so much of Europe? We should remember that even in the darkest period there were individuals who showed active decency, who, defying intimidation and repression, opposed evil and tried to ease suffering. I wish these people would be given a proper European memorial–not to appease our conscience but to summon the courage of future generations.

Let’s consider not the banality of evil but its triumph in a deeply civilized country. After the Great War and Germany’s defeat, conditions were harsh and Germans were deeply divided between moderates and democrats on the one hand and fanatic extremists of the right and the left on the other. National Socialists portrayed Germany as a nation that had been betrayed or stabbed in the back by socialists and Jews; they portrayed Weimar Germany as a moral-political swamp; they seized on the Bolshevik-Marxist danger, painted it in lurid colors and stoked people’s fear in order to pose as saviors of the nation. In the late ’20s a group of intellectuals known as conservative revolutionaries demanded a new volkish authoritarianism, a Third Reich. Richly financed by corporate interests, they denounced liberalism as the greatest, most invidious threat, and attacked it for its tolerance, rationality and cosmopolitan culture. These conservative revolutionaries were proud of being prophets of the Third Reich–at least until some of them were exiled or murdered by the Nazis when the latter came to power. Throughout, the Nazis vilified liberalism as a semi-Marxist-Jewish conspiracy and, with Germany in the midst of unprecedented depression and immiseration, they promised a national rebirth.

Twenty years ago, I wrote about “National Socialism as Temptation,” about what it was that induced so many Germans to embrace the terrifying specter. There were many reasons, but at the top ranks Hitler himself, a brilliant populist manipulator who insisted and probably believed that Providence had chosen him as Germany’s savior, that he was the instrument of Providence, a leader who was charged with executing a divine mission.

God had been drafted into national politics before, but Hitler’s success in fusing racial dogma with a Germanic Christianity was an immensely powerful element in his electoral campaigns. Some people recognized the moral perils of mixing religion and politics, but many more were seduced by it. It was the pseudo-religious transfiguration of politics that largely ensured his success, notably in Protestant areas, where clergy shared Hitler’s hostility to the liberal-secular state and its defenders, and were filled with anti-Semitic doctrine.

German moderates and German elites underestimated Hitler, assuming that most people would not succumb to his Manichean unreason; they didn’t think that his hatred and mendacity could be taken seriously. They were proven wrong. People were enthralled by the Nazis’ cunning transposition of politics into carefully staged pageantry, into flag-waving martial mass. At solemn moments the National Socialists would shift from the pseudo-religious invocation of Providence to traditional Christian forms: In his first radio address to the German people, 24 hours after coming to power, Hitler declared, “The National Government will preserve and defend those basic principles on which our nation has been built up. They regard Christianity as the foundation of our national morality and the family as the basis of national life.”

To cite one example of the acknowledged appeal of unreason, Carl Friedrich von Weizsaecker, Nobel-laureate in physics and a philosopher, wrote to me in the mid-’80s saying that he had never believed in Nazi ideology but that he had been tempted by the movement, which seemed to him then like “the outpouring of the Holy Spirit.” On reflection, he thought that National Socialism had been part of a process that the National Socialists themselves hadn’t understood. He may well have been right: The Nazis didn’t realize that they were part of a historic process in which resentment against a disenchanted secular world found deliverance in the ecstatic escape of unreason. German elites proved susceptible to this mystical brew of pseudo-religion and disguised interest. The Christian churches most readily fell into line as well, though with some heroic exceptions.

Modern German history offers lessons in both disaster and recovery. The principal lesson speaks of the fragility of democracy, the fatality of civic passivity or indifference; German history teaches us that malice and simplicity have their own appeal, that force impresses and that nothing in the public realm is inevitable.

Another lesson is the possibility of reconstruction, for the history of the Federal Republic since World War II, a republic that is now 55 years old, exemplifies success despite its serious flaws and shortcomings. Postwar Germany made a democracy grow on what was initially uncongenial ground, when its people were still steeped in resentment and denial. American friendship supported that reconstruction, especially in its first decade.

I fear that an estrangement is now taking place. German acceptance of Western traditions has been the precondition for its gradual reconciliation with neighbors and former enemies. The German achievement is remarkable–but it too needs constant protection.

My hope is for a renewal on still firmer grounds of a trans-Atlantic community of liberal democracies. Every democracy needs a liberal fundament, a Bill of Rights enshrined in law and spirit, for this alone gives democracy the chance for self-correction and reform. Without it, the survival of democracy is at risk. Every genuine conservative knows this.

Fritz Stern, University Professor Emeritus at Columbia University, is the author of The Politics of Cultural Despair: A Study in the Rise of the Germanic Ideology. This essay is adapted from a speech that he gave at the Leo Baeck Institute in New York last year.