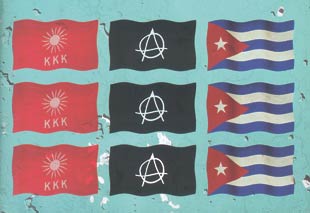 When the New York Times Magazine, for an end-of-the-millennium special issue, asked the oft-persecuted Indonesian novelist Pramoedya Ananta Toer to choose the best story of the last 1,000 years, he offered a somewhat ironic selection: the 1860 work of Dutchman Eduard Douwes Dekker, Max Havelaar, or the Coffee Auctions of the Dutch Trading Company. As Pramoedya explained, this now largely-forgotten book touches on two key “processes” of the past millennium: the intercultural mixing prompted by the West’s search for spices and the emancipatory educational opportunities provided to colonial subjects.

A long-time civil servant in the Dutch East Indies government, Douwes Dekker resigned when his charges of official corruption fell on deaf ears. He poured his frustration into Max Havelaar, whose title character is a Dutch colonial official who turns against the system of forcing Javanese farmers to grow cash crops to ensure steady profits for Dutch investors in what is now Indonesia. The book became the Uncle Tom’s Cabin of the Dutch East Indies–galvanizing liberals in the (global) North, and forcing the Dutch government to adopt a relatively more compassionate “ethical policy.” Dutch-educated Indonesians, many inspired by this former colonial official’s novel, launched a nationalist movement in the early 20th century that culminated in revolution in the ’40s and inspired counterparts across European empires.

Pramoedya is not alone in his esteem for Douwes Dekker’s novel. Benedict Anderson–renowned both as a Southeast Asianist and a political theorist–lauds it as well for its unprecedented anticolonial punch. Still, Anderson’s most recent book, Under Three Flags: Anarchism and the Anti-Colonial Imagination, complicates Pramoedya’s assertion that Max Havelaar and Indonesia “sparked” the decolonization process. Anderson foregrounds Filipino nationalism–at a time when the Philippines was under Spanish rule–situating this movement within the late-19th century global milieu of politically charged art and literature, anarchist stunts, and widespread anticolonial, anticapitalist strivings. While in his previous work Anderson has highlighted the distinctive national identity of, for instance, Java or Siam, here he muddies the picture, showing not just that nationalism is a construct adaptable to different circumstances but that even the most heralded local hero may march under several flags.

Under Three Flags tells several stories, brought into focus as they concatenate in Filipino nationalism. Anderson describes the book as “an experiment in … political astronomy. It attempts to map the gravitational force of anarchism between militant nationalisms on opposite sides of the planet.” As he traces the rise of anarchist ideas and actions across Western Europe starting in the late 19th century, he brings into the discussion sketches of revolutions and revolutionaries in Cuba, the Philippines, Haiti and Japan.

Anderson himself defies easy characterization. A political scientist and true polyglot with an abiding interest in culture, history and apparently most everything else, Anderson is best known for his 1983 Imagined Communities: Reflections on the Origin and Spread of Nationalism. This slim but trenchant volume posits nations as “imagined communities” fostered by the localization of religion and politics, the diminution of absolute monarchy and conceptions of divine right, and the interconnected growth of both capitalism and mass print media.

His writings have been featured in the New Left Review–including a 2004 triptych of articles that comprise much of Under Three Flags. Anderson distinguishes himself by marshalling unconventional evidence, innovatively compiled, and by making no apology for his own political sympathies. Even when he prances off on distant tangents (which, alas, does happen here), Anderson’s wit and charming inquisitiveness keep the reader with him. A word to the wise, or at least, to the curious: Don’t skip the footnotes.

Under Three Flags’ central character is the “First Filipino,” novelist José Rizal (1861-96). Highly intelligent, well-educated, and widely traveled, Rizal occupied three worlds. The first was the Bismarck-dominated interstate system of the latter half of the 19th century, in which monarchism and the papacy were both in decline. The second was the milieu of the ascendant, but still savaged, global Left, epitomized in the Paris Commune of 1871, its harsh suppression, and the subsequent rise of anarchism as the prime vehicle to contest capitalism, imperialism and their ilk. The last was the crisis-riddled, corrupt, and dying Spanish empire.

Anderson superimposes on these sweeping trajectories a close examination of the galvanizing role of nationalist novels, particularly the brooding oddness of Rizal’s second such book, El Filibusterismo. He also explores a multinational cast of characters, including key figures in the Cuban, Puerto Rican and Filipino independence movements; and the organic, symbiotic intertwining of art, literature and politics. In doing this, Anderson revisits the role of not just the vernacular media central to Imagined Communities, but avant-garde publications of the metropole as well.

The book opens and closes, however, with Rizal’s likewise-remarkable contemporary, Isabelo de los Reyes, a Filipino journalist and folklorist. De los Reyes comes off a more earnest and practical character, with a greater penchant for action than Rizal. If Anderson’s story has a hero, it is less Rizal than the sincere, energetic, anarchist-inflected de los Reyes, in company with other worker-bees of the revolution. Bookending the narrative with such a concrete and, well, likeable character helps ground this sometimes abstract and abstruse account and makes real the connection between the global flow of ideas, people, resources and local activist experience.

Meredith L. Weiss is a research fellow at the East-West Center Washington, in Washington, D.C.