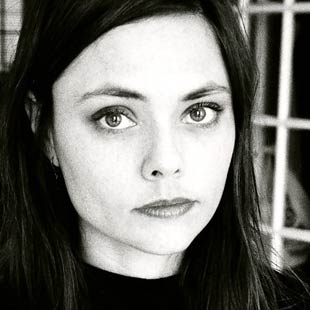 It's pretty awesome, in an amoral sense of the word, to see how many resources and how much ingenuity goes into annihilating discarded commodities in this country.

How much needless plastic packaging do you throw away every year? Why is it cheaper to buy a new DVD player than get your old one fixed? And where does all that garbage go, anyway?

In her new book, Gone Tomorrow: The Hidden Life of Garbage, Heather Rogers answers these questions by focusing on the post-WWII boom, when planned obsolescence–the manufacturing of consumer goods designed to wear out–changed the way Americans consume and, consequently, the way we waste.

Rogers details the competing interests of manufacturers and the emerging American consumer in the early 1950’s. In a recent talk at the Chicago independent bookstore Quimby’s, she set the scene: “Most Americans have bought a car or a house, all the appliances they need. U.S. industry starts to realize they’re going to have a crisis on their hands because they have such tremendously productive assembly lines. And they came up with built-in obsolescence. If you want to understand modern garbage today, you have to understand built-in obsolescence.” This shift, she explained, was accompanied by a full-scale public relations campaign that acclimated Americans to using disposable products. It transformed the United States from a country that wasted relatively little in the late 19th century into a nation that uses and discards 30 percent of the world’s resources while being home to only 4 percent of its population.

In These Times recently sat down with Rogers to learn more.

What made you want to write a book about garbage?

Garbage collection is one of those systems in a city’s infrastructure that makes a city work. It’s one of those things that’s sort of invisible and it seems like it just happens and everything’s OK.

When you throw something away, you sometimes ask yourself, “Where does this ultimately go and is the system that we have a good one? Is it sustainable?” So, I wanted to know where it went. Garbage is this substance through which we can make connections between larger environmental crises and our daily lives, something that is often hard to do because those larger crises are really abstract.

In researching the book, you traveled to a lot of waste facilities and landfills. What were those facilities like up close?

Really disturbing. I went to an incinerator in Newark, New Jersey, and it had a room that to me looked like a coliseum full of household garbage bags. The individual contents of each bag become completely inconsequential. It’s like a sea of garbage, it’s apocalyptic. It was a couple days’ worth of garbage for this one facility.

After I visited these places, I had nightmares, which I was a little surprised about. It’s pretty awesome, in an amoral sense of the word, to see how many resources and how much ingenuity goes into annihilating discarded commodities in this country.

What are some of the long-term problems with storing our waste in these mega-landfills?

Then you’ve got the leachate [liquid that has seeped through waste to the bottom of landfills] and other toxins that are brewing inside the landfill, just being held in by this plastic liner. The EPA has said that these liners will fail in much shorter spans of time than initially predicted, and they were only expected to last somewhere between 30 and 50 years anyway. We’ve got these massive landfills all over the country that are environmental time bombs. It’s a complete disaster.

It seems like one of the long–term solutions to our waste problem is simply to create less waste. How do current recycling programs factor into creating less stuff that ends up in landfills?

Recycling is a really important part of the puzzle and it’s important because it’s so much better to recycle discarded goods than to burn them or bury them. It saves tremendous amounts of energy, creates much less pollution, it saves natural resources–all of those things are really important.

That said, it’s crucial for people who are thinking about these issues to understand the limitations of recycling. Its built-in limitations are called “down cycling”: When materials are reprocessed over and over again, they begin to break down on the molecular level, so paper fibers become shorter and can’t hold together, glass and plastic molecules become weaker and aren’t strong enough to hold together.

The other limitation is that the market is a real obstacle. Recycled materials are supposed to compete on the open market with virgin raw materials that have received massive subsidies over the years from the U.S. government. It’s really impossible to calculate the real costs of a plastic water bottle, because the plastics industry has received such a huge amount of support from our tax dollars over the years. Recycling is supposed to pay for itself without those kinds of supports. We pay $45-50 billion a year to discard our garbage, but we can’t pay for recycling. It defies logic.

Also, recycling is the last line of defense. It’s a waste treatment method that deals with waste after it’s already been made, so it doesn’t do anything to stem waste production in the first place, which is what we need to be talking about. What that means is, going into the realm of production and saying, “You can’t make toxic waste, you must make products that are easy to fix, that last longer, that aren’t designed to break quickly.” These were all demands that were made in the ’70s but they fell by the wayside because recycling was so successful that people forgot the importance of demanding these waste reduction and elimination measures.

In the book, you look to history for solutions to our current waste problems. Can you explain the “extended recycling system” from the mid-19th century that you detail?

A lot of household discards were being collected by cart men and taken to factories. Rags were taken to paper factories to be remade into paper; food scraps were taken to farmers, etc. Because farms were located in such close proximity to the city, farmers would bring in their produce and they would take animal waste back with them to the farm. There was what fertilizer historian Richard Lines calls “an extended recycling system” between the city and the country at this time, a connection between the produce of the farm being taken into the city and then the wastes of the city being taken to the farm to grow more produce.

In a free market economy, can we really expect industry to adopt sustainable manufacturing processes?

Now, there is this rise of green capitalism. Aspects of it are positive and very agreeable. We need to be able to reuse the commodities that we make and sell over and over again. And we need to re-design the production process. All of that is right on track. But green capitalists say that all these things can happen voluntarily, that when companies become aware of the damage they’re doing, eventually they’ll start making the right choice.

In my assessment, what happens when companies do this is one of two things. If you’ve got a company and you’ve decided to go green, it’s going to cost more. You’re going to be competing with companies that aren’t doing that, and aren’t incurring the greater cost. Either that’s going to drive you out of business, or into the realm of manufacturing luxury items to sell to people who have now embraced this whole new level of consumption that’s connected to organic living, organic lifestyles. But those goods aren’t available to working class families or to people who live in public housing. Those are high-end consumer items. So, that kind of change is not going to affect a greater change across the board.

If we can’t count on industry to adopt sustainable practices and the government is not likely to regulate them into doing so, then what are realistic solutions?

It’s really important not to couch it in individual terms, which is the way this discussion is always framed. I want talk about the responsibility of manufacturers and the role that they play in this. When people talk about getting at the root of garbage and stemming waste at its source, they always target the householder, the individual consumer. That’s not the source of garbage. For every ton of household waste, there are more than 70 tons of manufacturing waste–mining, petrochemical production, etc. The vast majority of wastes are created during the manufacturing process, and that is where we should focus.